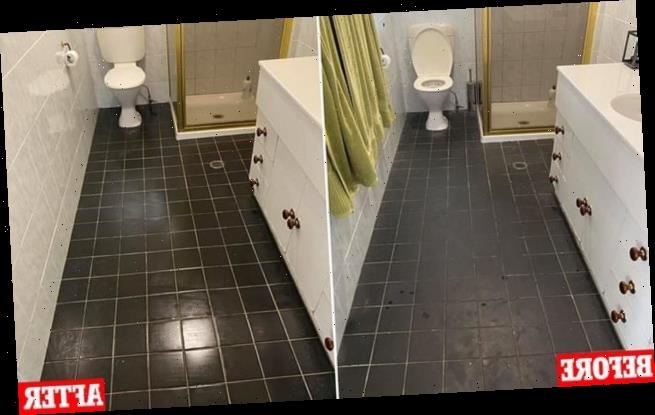 A mother’s homemade solution that leaves dirt-encrusted tiles impossibly shiny without a drop of toxic chemicals has attracted widespread praise on social media.

When Carey Barling moved into her new rental in southeast Queensland, the bathroom floor was filthy.

The mum-of-two immediately set about scrubbing the tiles with hot water, sugar soap and dishwashing liquid – transforming them from grimy to gleaming in minutes.

Photos comparing the difference have gone viral since they were shared in an Australian cleaning group on Facebook, with one woman replying: ‘Now that’s what I call a clean!’ 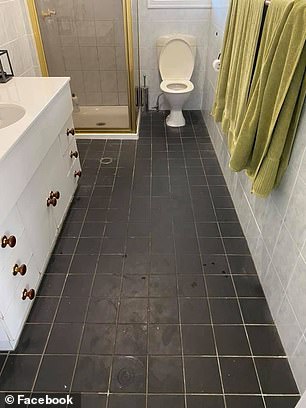 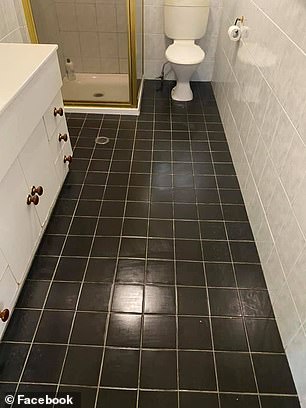 A mother transformed the filthy bathroom floor of her Queensland rental (left) from grimy to gleaming (right) with a simple solution of hot water, sugar soap and dishwashing liquid

Ms Barling, who is expecting her third child, said she used a handheld scrubbing brush instead of a mop to achieve the impressive sheen.

‘I used a bit of a scrubby scrub, not with a long-handled floor scrub. I feel like it doesn’t do as good of a job as I do on my hands and knees,’ she said.

And people were quick to praise her handiwork with comments including ‘so satisfying’, ‘top job’ and ‘you should be proud, looks stunning’.

‘This is amazing! Like a completely different floor,’ one woman said.

A second said: ‘Fantastic job! Pity it was in such an awful state to begin with.’

‘What a difference a little scrubbing does – look how beautiful the grout came up,’ added a third. 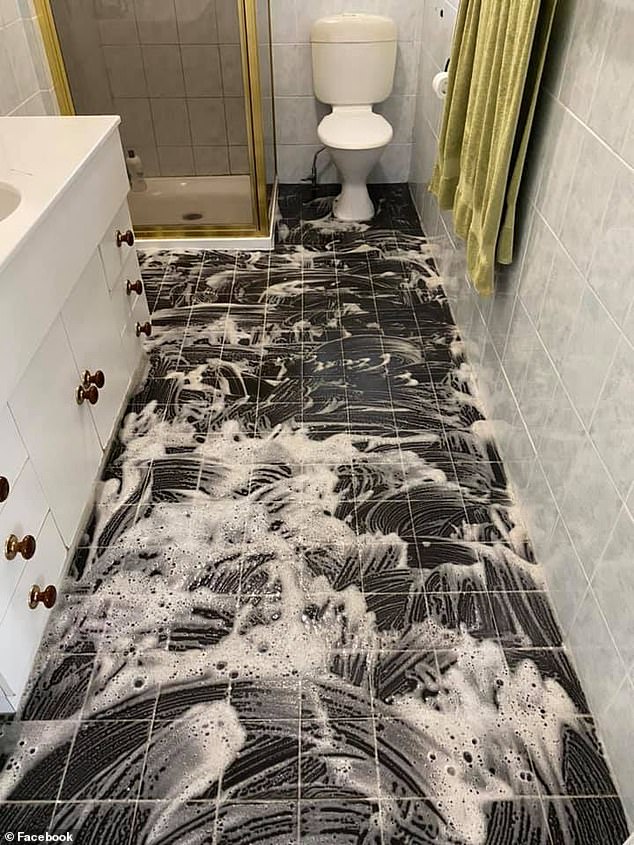 Ms Barling’s simple solution for sparkling tiles is the latest cleaning hack to catch attention on social media, following a mother’s budget-friendly trick for stopping plastic containers flipping and filling with water in the dishwasher.

Turned upside down, $7 drying racks from Kmart keeps loose lunchboxes and other utensils in place during the cleaning cycle, putting an end to splashback and spillages on the kitchen floor once and for all.

The hack – originally shared on Reddit and reposted in a cleaning group on Facebook – has gone viral, drawing dozens of comments like ‘fabulous suggestion’ and ‘this is brilliant, thanks for sharing’. 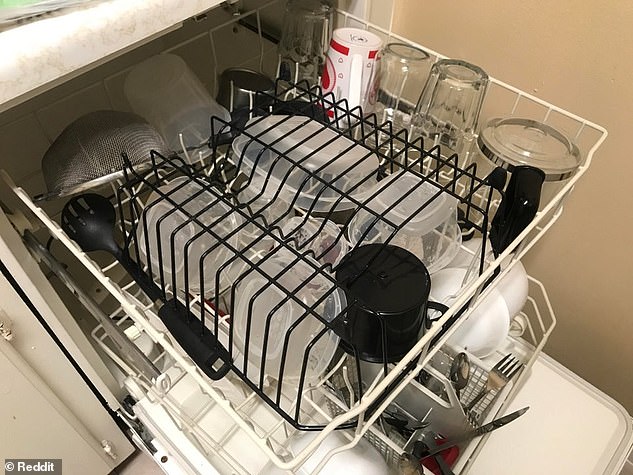 An upside down dish rack (pictured) can be used to secure loose containers in the dishwasher, preventing them flipping and filling with water during the cleaning cycle

People who tried the method confirmed its effectiveness, with one woman writing: ‘Yep, this works a treat! I use cake racks.’

Others shared suggestions that kill two birds with one stone.

One woman said she secures containers with oven racks to save time scrubbing them by hand, while another said she slots ceramic bowls over loose items instead.