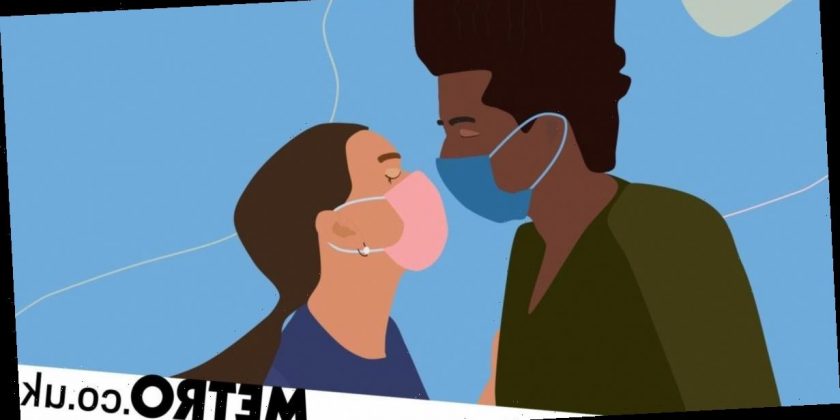 You might think you can breathe a sigh of relief and wipe the sweat from your brow now Christmas-prompted cuffing season is over.

But alas, the pressure to get coupled is far from said and done.

As we head into January, the weather continues to chill, and Valentine’s Day appears on the horizon, there’s just as much of a drive to get ‘out there’ when it comes to dating, or settle down with someone ASAP.

That’s why Dating Sunday, which this year occurs on January 3, is such a big thing.

All that pressure can mean you rush headfirst into a match that isn’t quite right, whether that’s officially coupling up with the wrong person or agreeing to a date out of desperation not to be alone rather than any actual desire.

While there’s nothing wrong with dating wholeheartedly and seeing what’s out there, rushing into things can leave you with a lot of regret.

So, we chatted with Logan Ury, Hinge’s director of research, for his tips on avoiding moving too fast just because it’s the New Year, and how to date in the moment, in a healthier way.

Recognise your bad habits and leave them behind

‘A great way to get started in the New Year is to diagnose your bad habits,’ says Logan. ‘What are the patterns and behaviors that have been holding you back? Are you too picky? Not picky enough?

‘Ask some close friends for feedback if you’re struggling to identify these on your own. Make progress in the New Year by breaking that bad habit.’

Vow to be straightforward

Don’t just let dating happen to you. Be intentional in your choices and don’t be afraid to speak up when you just aren’t feeling things.

Now is not the time for game-playing or just going along with things for the sake of not being single.

‘In 2020, our users became more intentional with their dating behaviors — including establishing more healthy dating habits — as they navigated a slower pace of life,’ says Logan. ‘With the pandemic being a long period of positive behavior reinforcement, we are encouraging users to embrace this newly found intentionality and be more straightforward with their intentions as they re-enter the dating world.’

It’s easy to get caught up in the ‘woe is me’ mindset, focusing on how you could die alone or how rubbish your life is right now.

Try to make an active effort to stay positive when dating.

Rather than thinking about all the ways things can go wrong, or looking to dating as an answer to negative feelings, focus on the fun of meeting new people and getting to know them.

And remind yourself that whatever happens, 2021 is probably going to be better than 2020.

Don’t feel like you have to dive in right away

Loads of people will be jumping on dating apps in January. Don’t feel like you have to do the same, or that you’ll be missing out if you don’t.

If you know that deep down, you’re just not ready for a relationship, it’s okay to sit dating out for a bit while you work out what you want.

‘The one for you will be there when you’re ready,’ says Logan.

Rather than looking to other people to bring you happiness, prioritise looking after yourself first.

When you’re meeting your own needs, you’ll be less likely to accept a rubbish relationship because you’re acting out of desperation and anxiety.

Invest time and energy into looking after your own wellbeing, whether you’re going on dates or not.

Maybe for every date you plan to go on with another person, you also schedule in a masturdating session.

Take your time to really get to know someone before even meeting up IRL.

The rise of video dating can be a way to create emotional intimacy before getting physical.

Logan says: ‘If you haven’t been on a virtual date yet, why not? Give it a try. Video dates are a safe, low-pressure way to connect.

‘64% of Hinge users have been on a video date, and the majority of them plan to incorporate video into their dating process in the future, even when it’s safe to meet up in person.’