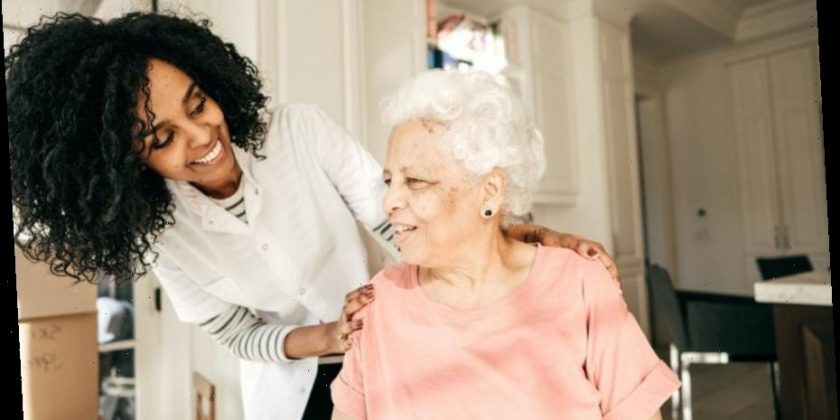 The stress of caregiving can be enormous.

While COVID-19 poses the greatest threat to the elderly, it’s also taking a toll on those they rely on most: their caregivers. This is particularly true in the Black community, where the pandemic presents new sources of stress, both physically and financially. Nationwide recently put out a new consumer survey of Black caregivers and the impact of COVID-19, and unfortunately the strain on Black caregivers is particularly acute when compared with their White counterparts.

“Back in September of 2020, we reached out to over 300 Black caregivers to really understand what are some of the nuances they are now facing with the risk of COVID-19, the threats to the elderly that they were taking care of, and the impact that they saw overall happening in the Black community,” says Kristi Rodriguez, Senior Vice President of the Nationwide Retirement Institute.

According to the new Nationwide Retirement Institute survey of Black Caregivers, it comes as no surprise that the pandemic has exacerbated caregiving challenges, which include health concerns, financial stress and balancing work and caregiving. Many Black caregivers are worried they can’t protect their loved one from getting sick (67%) and 54% feel that they can’t take a day off. Not to mention, half say the pandemic has impacted their financial ability to provide care.

“There were really four insights, and the first is that caregiving challenges have really just accelerated with the pandemic,” Rodriguez continues. “Another one that was more of a nuance was younger or millennial caregivers struggling with balancing their job and providing care and then really being impacted by the financial constraints. The third, a backup plan for caregiving during this time is tremendously important and also somewhat difficult. The last one that was really profound is that caregiving is not taboo in the Black community. But what is not addressed is the financial aspect and we wanted to make sure we doubled down and share that these are some important insights to think about financial planning, as well as the healthcare planning aspect.”

Rodriguez herself is just one of an estimated 41 million caregivers in the U.S. who handle such commitments in addition to other duties, which often include full- or part-time jobs and other family responsibilities.

“From a caregiving standpoint, like a lot of Black communities, I was also in this situation,” says Rodriguez. “I’m in a different state — I’m in Ohio and my parents were in Michigan — and just that time that he [my father] was diagnosed with stage 4 cancer, I would have to go to his doctor’s appointments and then still have to juggle teenage daughters that were at home and my marriage. Just the strain that I had with caregiving personally for close to six months — of managing his care out of state and having to be there for him and my mother, and having to balance a full-time job. I did it in love and I wouldn’t change it at all.”

Among all U.S. adults, there is a surprising gap in financial literacy regarding the cost associated with being a caregiver, the report says. Only about half of Millennials (51%) and Gen Xers (46%) and only about a third of Boomers+ (35%) are knowledgeable about how much it costs to be a caregiver. Generally, African American caregivers have lower household incomes than White caregivers, but spend similar amounts of money on caretaking, according to additional research by the AARP. Effectively, they face a greater financial “care burden.”

Many current Black caregivers feel the pandemic has prevented them from providing the care they once did (49%) and has made it nearly impossible to complete their caregiving duties. Rodriguez added, “Fortunately I work at Nationwide and there was an opportunity for me to do that, but I understand that it’s a blessing. A lot of communities don’t have that where their employers will give them a certain level of flexibility.”