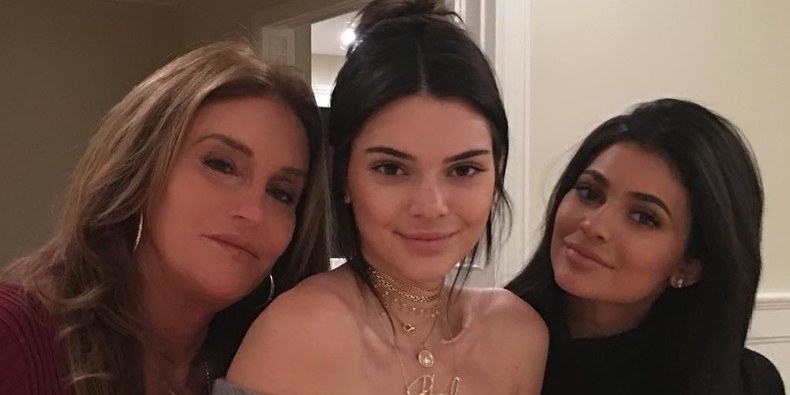 There are two things in particular that the Kardashians, aka America's resident royal family, excel at: posting on social media and celebrating holidays in the most over-the-top way possible. They might tone things down a bit for Thanksgiving, but seeing as the holiday spares no one when it comes to family drama, it's usually just as eventful as their Christmas and birthday parties—particularly as their numbers continue to expand. This year, one of the family's newest additions, True Thompson, has made it so that Khloé Kardashian will reportedly feast all the way off in Cleveland with Tristan Thompson, while the rest will no doubt come together in Calabasas to feast on turkey and mashed potatoes—which, as any Kar-Jenner would know, Kris Jenner prefers to refer to as "mashies." Lately, kitchen duties have made their way onto Kylie Jenner's plate, which, if the 19-part culinary debut she's made since last November is any indication, means things are about to get even more extravagant this year. Before they partake in the annual family tradition of spamming your feed, revisit their posts from Thanksgivings past. (Thankfully, they've come a long way since Khloé first attempted food photography.)


"I'm on gravy duty, and I'm loving it," Kim Kardashian told reporters on the day before Thanksgiving in 2011, which she spent doling out a portion of the 80 gallons of gravy that the L.A. Mission served the homeless.

Happy Thanksgiving!!! So thankful and grateful for friends and family….#Blessed

Fret not if you're having trouble reading this menu from the Kardashians' Thanksgiving in 2013: other than the fact that there's a total of seven desserts, including "Kris's famous Lemon Cake," the only line you really need to pay attention is "Khloé's famous Macaroni and Cheese," spelled out in Apple Chancery.

A sneak peak of my craziness today ??? I know you see my OCD in high gear when you look at my cookie jars. I have a problem… I know… but I like everything neat and in its place. This kind of stuff makes me SO happy!! #HappyThanksgiving

The next year came with some visual of Khloé Kardashian's "famous" mac and cheese, which is nowadays overshadowed by her fascinating poor photography skills.

Luckily, Khloé seemed to have taken a crash course in food photography by the next year, when she shared snapshots of more meals she'd cooked up in "Koko's Kitchen."

The key to contentment lies solely in being thankful for what one has been blessed with. Stop looking at what you don't have and pay attention to the blessings around you. Manifest beauty in your life. Only then will one be blessed with more. Happy Thanksgiving my loves!!! @jeffleatham I am so honored you did my flowers for my annual thanksgiving!!! Your work and energy is one of a kind!!! Thank you Team Leatham!! ❤️❤️❤️❤️

Khloé Kardashian's setting for her first Thanksgiving at her house, rather than at her mom's, which she shared with a caption that read, among other things, "manifest beauty in your life."

thankful for my blended family

It may have been taken just three years ago, but this one's a real throwback: the 2015 edition of the Kardashian-Jenner Thanksgiving saw the "blended family," as Kylie Jenner put it in the caption of the photo above, come fully together, with nearly everyone's then partner present—including Kylie's now ex, Tyga, and Kourtney Kardashian's then recent ex, Scott Disick. Not only did Kanye also show up to Khloé Kardashian's house, but so did his big ole grin.

The family member with perhaps the most significant presence that year was baby Reign Disick, who spent at least part of his first Thanksgiving in the arms of his mom, Kourtney Kardashian.

The desserts served at Khloé Kardashian's, as lusted over by her sister Kourtney on Instagram.

No longer exactly the baby of the family, Kylie Jenner hosted her first-ever Thanksgiving in 2016, decorating her home in Calabasas in white and gold, including hundreds of roses.

Happy Thanksgiving to all my friends and family 🙂

The evening was a Jenner affair, amidst what was otherwise a less than bright time for the family. (Kanye West had just been hospitalized, only a month after Kim Kardashian's infamous robbery in Paris.)

Kim and Kanye may not have been there, but Kylie's then boyfriend Tyga did manage to come through, wearing an appropriately autumnal flannel for the occasion.

While pregnant, Kylie Jenner once again took up the hosting duties for last year's Thanksgiving, this time with a hint of a Valentine's Day theme.

Ahead of their stint on Family Feud, the Kardashian-Jenners played a game or two of Taboo.

Behold: what Kendall Jenner ate for Thanksgiving in 2017. (According to her Snapchat, anyway.)

Leave it to Kim Kardashian, pictured here with her mom and her grandma M.J., to dress for Thanksgiving as if she were in a Yeezy campaign. (Without, of course, any hint of bloating.)

Having handed over the responsibilities to Kylie, Kris Jenner was able to spend some of the night hanging loose.