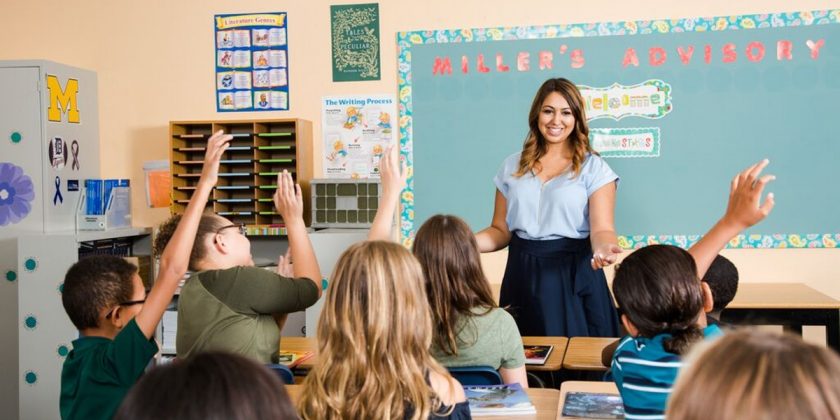 Back in April, Trish Ranson spent 10 days protesting deep cuts to school budgets and pay freezes for teachers at the Oklahoma State Capitol. The statewide strike ultimately led to some of the worst-paid teachers in the nation receiving an average raise of $6,000. However, Ranson says the political standoff opened her eyes to other systemic problems in her state’s legislature. So, the elementary school music teacher decided to run for office in 2018.

"Some of the representatives were absent, or not accepting visitors, or literally talking in circles and not listening to the teachers’ concerns," Ranson, 49, tells Bustle. "That’s what frustrated me the most and got me thinking there’s got to be a better way. We need people in the legislature who can work together."

Ranson, a Democrat, was sworn in as the next representative for Oklahoma’s 34th District in November. With her help, the Oklahoma legislature’s education caucus jumped from nine to 26 members, according to the Oklahoma Education Association. While women will constitute just 20 percent of Oklahoma’s legislature in 2019, they make up 35 percent of the new education caucus.

This trend wasn’t exclusive to the Sooner State. Nationwide, 54 percent of teachers who ran for state office this year were women, by Education Week’s count. Of the 29 educators endorsed by EMILY’s List, 19 won state legislative races or were elected to statewide office in the midterms, according to the political action committee, which is aimed at electing pro-choice Democratic women. Nine of them flipped seats from red to blue. 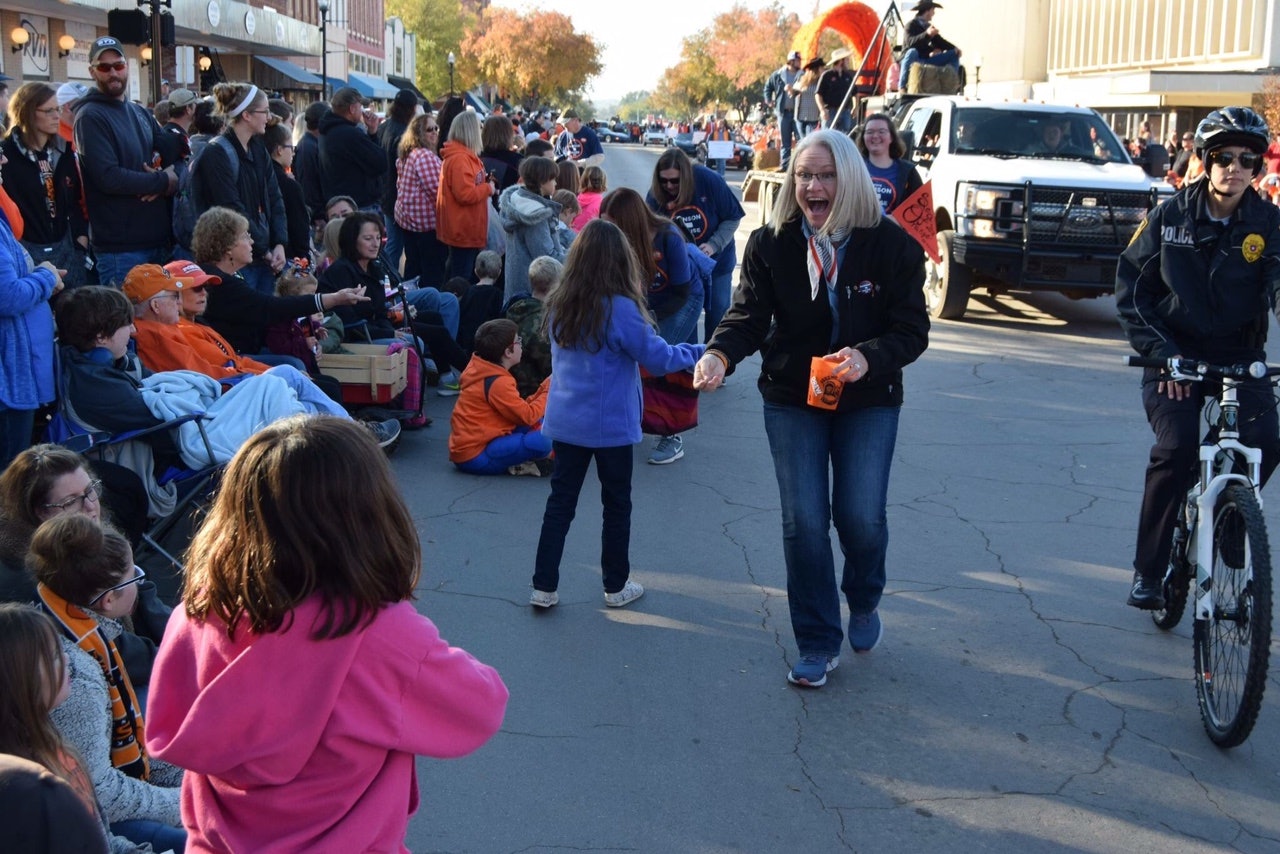 "As an educator, you see a different side of how policy affects people," says Selena Torres, a 23-year-old high school English teacher and newly-elected Democratic member of the Nevada State Assembly. "You see how policy isn’t just about the numbers and the data, but that there’s actual people — there’s families; there’s kids — behind every single one of those facts. I recognized where [my students] had needs and where those needs could be addressed with policy."

Like many folks who run for local or state office, Torres kept her full-time job while campaigning. Unlike some professions, teachers typically can’t take phone calls or meetings during the work day. Since Torres was at school five days a week, she utilized the evenings to take meetings, attend events, and catch up on emails. Her parents helped by knocking on doors every weekend. Because Nevada is one of four states with a biennial legislature, which means lawmakers only meet every other year, she plans to continue teaching while in office.

Across the country in Michigan, another high school English teacher, Dayna Polehanki, was able to drop to a reduced schedule. She still kept a similar routine to Torres while running for state Senate, though. The 49-year-old Democrat, who described the workload as "brutal," intended to keep her promise to finish out the school year. Since she won, flipping Michigan’s 7th District from red to blue, Polehanki says this will be her last year teaching for the foreseeable future. 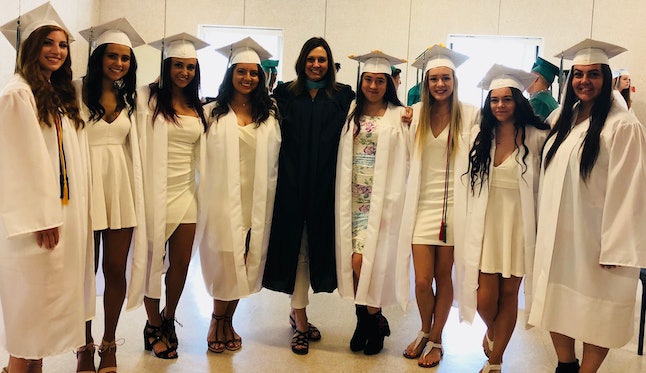 Studies show that women are less likely than men to be recruited to run for office, as well as less likely to believe they’re qualified for the job. But teachers broke the mold this year by jumping headfirst into politics. Speaking with Bustle, four first-time candidates say that while they wrestled with self-doubt at various points in the campaign process, they pushed through those feelings by leaning on mentors and remembering that they’re fighting for their students.

"We can feel that self-doubt or that worry and we can feel a bravery and courage, and those things can coexist," says Ashton Clemmons, the Democratic representative-elect for North Carolina House District 57 who most recently worked as an assistant superintendent. "It’s a disservice if we make it seem like you can only feel brave to do this work because it’s not true." 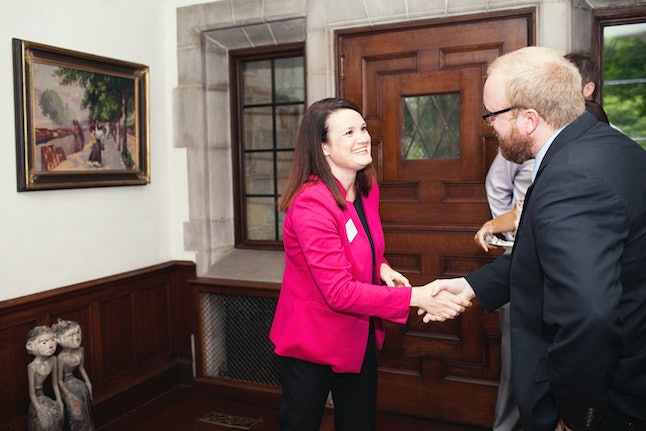 Decimated education funding motivated teachers to run for office this year, both in states that had teacher strikes and those that didn’t. Though Oklahoma teachers won a pay raise, Ranson notes that her state continues to struggle to attract and keep new teachers. Oklahoma started the 2018-2019 school year with a shortage of qualified faculty, as Reuters reports.

For Polehanki, charter schools will constitute a major legislative battle. Two of the nation’s three largest charter school communities — Flint and Detroit — are in Michigan, per a 2017 report from the National Alliance for Public Charter Schools. The majority of Michigan students attend public school, however, and Polehanki wants to ensure U.S. Education Secretary Betsy DeVos’ support for charters doesn’t push the state to divert more money from public schools.

Polehanki, Ranson, and Clemmons may find themselves fighting an uphill battle, as Republicans maintained a majority in the Michigan, Oklahoma, and North Carolina legislatures in the 2018 election. Nevertheless, they say they’re inspired to see so many teachers taking office around the country.

"It has been empowering to watch educators in our state start to say, ‘We’re going to keep doing what’s right by kids, but you need to do your part as a state legislature, or county commissioner, or city council, or school board,’" Clemmons says. "And if you’re not going to do your part, them I’m going to fight to have a seat at the table."