Meghan Markle may be eating for two, but that didn’t stop her from sharing her cake in New Zealand! The pregnant Duchess of Sussex, who is currently nearing the end of a royal tour that has already taken her and husband Prince Harry to Australia, Fiji and Tonga, handed out some sweet treats to a group of waiting schoolchildren after she and Harry stopped by Maranui Cafe in the Lyall Bay neighborhood.

The royals stopped in to the local eatery on Monday, October 29, to hear about mental health projects operating in New Zealand and the positive impact they are having on young people in the country. The cake was apparently served over the course of the discussion.

In fact, cafe owner Bronwyn Kelly told Newstalk ZB prior to the royal pair’s visit that she and her business partner, who is also the restaurant’s chef, planned to serve morning tea with “some really delicious yummy little baking treats, which will offer some good local New Zealand products.” 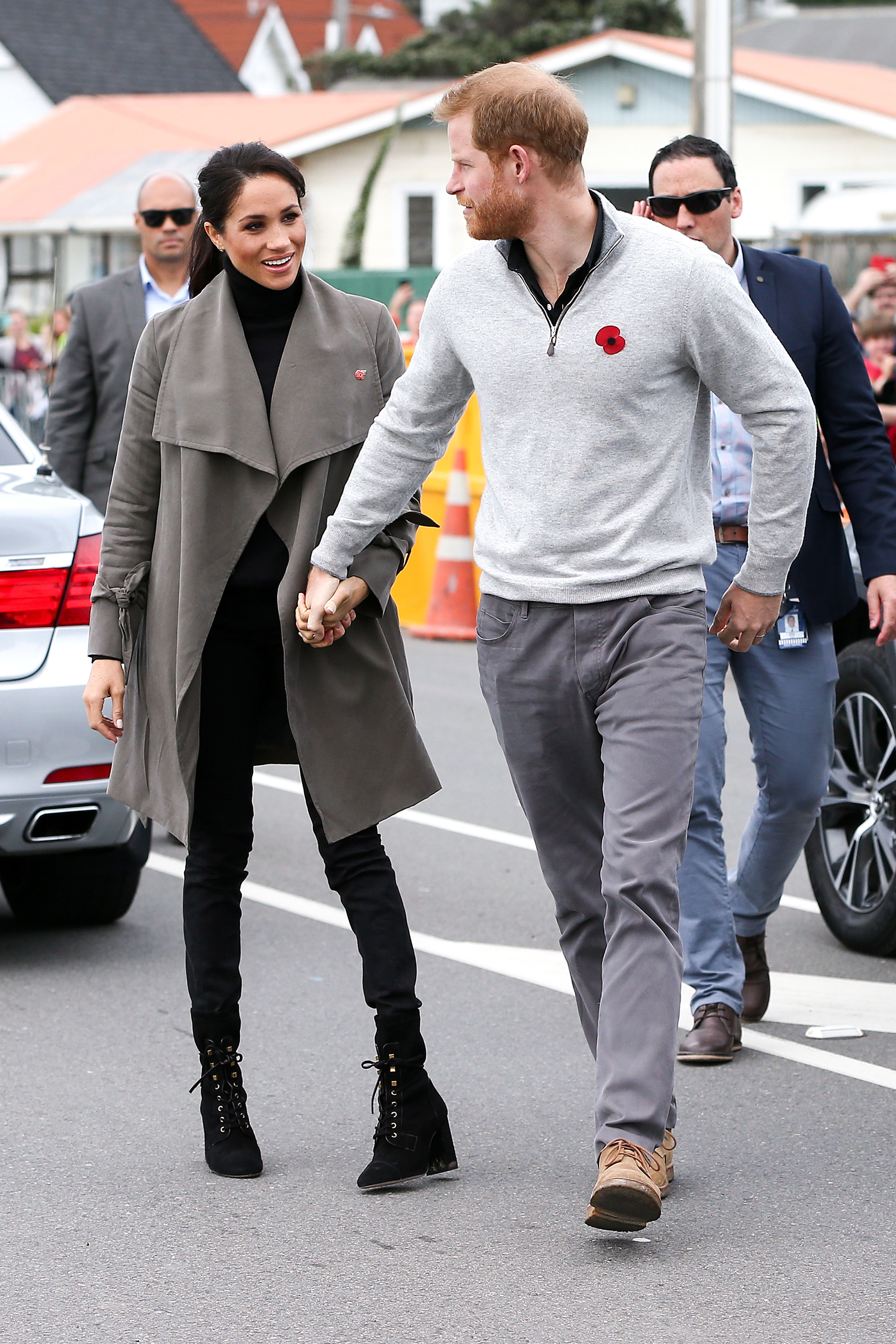 When the royals wrapped up their engagement, Meghan, 37, ran back into the cafe and asked for the leftover, uneaten confections to be given to a group of young schoolchildren, according to the Daily Mail. The kids from nearby Houghton Valley School had gathered just outside in hopes of seeing the famous pair, and were delighted to get some cake.

Not surprisingly, the duke and duchess also stopped to chat with many of the pupils. “They asked us what our names were and also they were really nice and just talked normally to us,” one of the students told TV NZ.

“My legs were shaking so much,” another added.

Nerves even got the best of one student, Joe Young, 5. Per Stuff NZ, the young boy was a bit overwhelmed with all the commotion as Meghan approached him and began crying while attempting to pull his hat over his face. The duchess did her best to comfort Joe, and even looked at a flag he had made and patted his stomach in an effort to soothe him – good practice for her own impending arrival!

This isn’t the first time over the course of this royal tour that Meghan has shared some pastries. When in Australia earlier this month, the former actress baked banana bread and served it on the second day of her tour to the country during a stop at Mountain View Farm in Dubbo. Meghan and Harry are scheduled to fly back home to London on Wednesday, October 31.