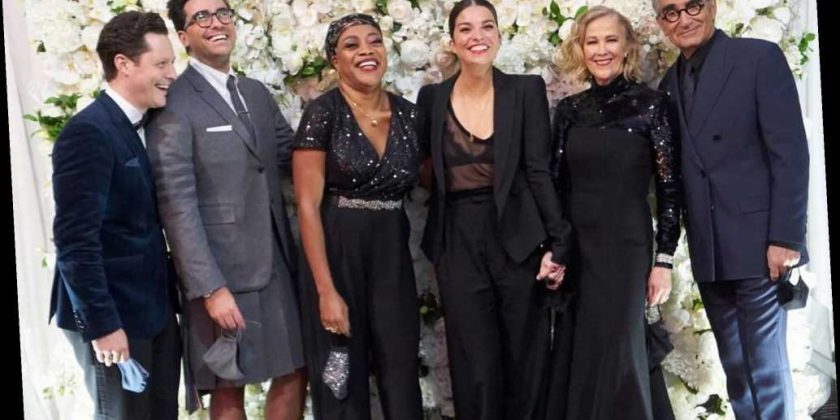 The cast of “Schitt’s Creek” have gotten a lot of camera time at the 2020 Emmys thanks to their impressive winning sweep on Sunday night.

But how were they able to gather together for the virtual award show amid the coronavirus pandemic?

Dan, 37, the show’s co-creator and co-star alongside his father, Eugene, is from Toronto.

“All in attendance have been in isolation since returning negative COVID-19 tests,” the “Schitt’s Creek” Instagram account added.

During the award show, the group sat in socially-distanced tables and wore face masks, but understandably removed them when giving an acceptance speech.

The Emmys took other precautions to prevent the spread of COVID-19. Jimmy Kimmel hosted the award show without a live audience and the nominees tuned in from their own homes.

A rep for the Emmys did not immediately return our request for comment.