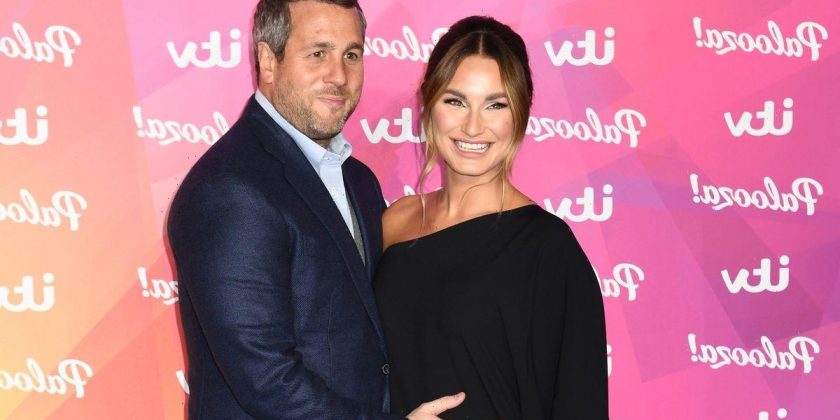 Sam Faiers has delightedly told fans that she is expecting her third baby with boyfriend Paul Knightley.

The ex- TOWIE star, who is already mum to son Paul Jr and daughter Rosie, shared the delightful news on Instagram on Monday.

The 30-year-old managed to keep her third pregnancy a secret from the world before revealing the happy news in a heartfelt post.

Sam kept the news under wraps for months before telling the world she is expecting baby number three.

The family of four have been enjoying a holiday to Dubai, with the mum of two sharing a series of sunny snaps on social media and even treating daughter Rosie to a mermaid experience at the Dubai Mall.

And it was during the break that Sam’s fans began to speculate that she may be expecting thanks to her appearing to cover her tummy in her pictures.

Some comments from fans suspected that something was different with one posting that the star looked ‘unrecognisable’.

The reality star wore a series of flowing outfits that concealed her baby bump while in other photos, Sam’s younger children strategically posed in front of her stomach.

However, some fans weren’t fooled with some commenting their suspicions that Sam was hiding something.

One fan wrote: "I think there's a baby coming!" And another asked: "Strategically placed child….. are you pregnant?"

On a recent trip to the Moldovan orphanage with Luisa Zissman, Sam made sure to cover up with a baggy jumper.

Once back home, the star has only been pictured in similarly baggy loungewear at home.

Fans have been convinced for some time that the family were planning to add to their brood.

Since revealing the news, Sam has swarmed with well-wishes from her friends and fans alike.

Amber Davis wrote: "Oh Sam I had a feeling!!! I am so happy for you," alongside three red heart emojis.

Dad to be Paul excitedly shared the same snap and caption to his Instagram page.

Posting a sweet black and white photo showing her two kids kissing her bump, Sam wrote: "Soon to be a family of 5. We have a spring baby on the way. We’re so happy and feeling blessed."

The TV star added that she won't be finding out the gender of the new baby, writing: "ps keeping this little one a surprise."