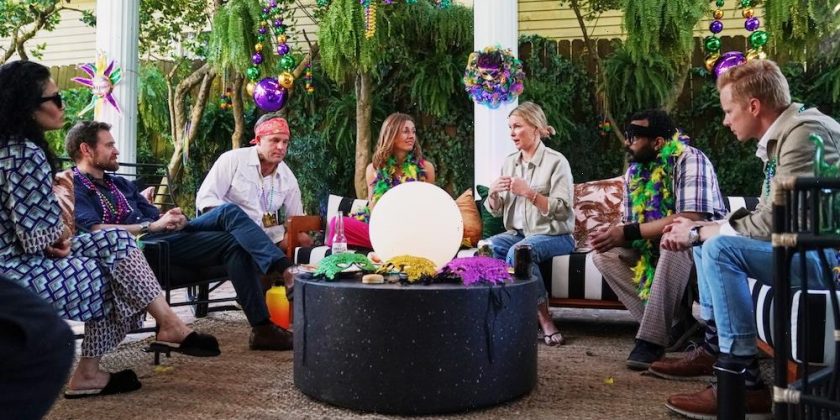 It’s no secret that during 2020, many networks and streaming services leaned hard into nostalgia. Everyone was watching old feel-good movies and TV show reruns; famous casts were getting back together over Zoom for reunion specials that made people feel warm and fuzzy when the world was anything but. However, it’s a method that MTV’s “The Challenge,” produced by Bunim/Murray Prods., has been using for decades.

The whole premise of the reality competition series, which debuted in 1998, is about bringing back stars from past shows. Originally former “The Real World” and “Road Rules” cast members competed for a cash prize, but that has now expanded to include alumni from “Are You the One?,” “Big Brother,” “Survivor” and many more. In fact, over the 37 seasons, 27 outside franchises from around the globe have been incorporated.

Season 37, titled “The Challenge: Spies, Lies and Allies,” expanded that even further, featuring international players from 17 countries, including Germany, Turkey, Romania, Spain and Nigeria. The group competed in Croatia, one of 27 countries the show has filmed in over the past 23 years. The season went on to air in more than 190 countries.

“English is a second language to some of these new casts and we feel grateful that these new faces are willing to come and join us — knowing how tough the game is when English is your native tongue,” says casting director Skye Topic. “Logistically, getting them all to location is incredibly complex. It’s a massive task.”

Logistics aren’t easy, especially for such a busy crew: The team filmed four seasons between 2020 and 2021 — two seasons of the flagship series and two seasons of “All Stars.” Plus, for Season 37, Bunim/Murray stepped up the game’s visual.

Cinematographer Bruce Ready worked on “The Real World” and “The Challenge” 20 years ago — and returned for “Spies, Lies and Allies.”

“The biggest technical change coming back into ‘The Challenge’ world is the thorough integration of gimbals, DSLR cameras and various kinds of drones,” the DP says. “These devices have so elevated the look of not only the games but the elements of cold opens and main titles. These tools have given us the opportunity to provide slick production values where, in the past, we did not have the time or budget to execute these elements.”

Still, it all comes down to the cast. While fans love seeing “Real World” and “Road Rules” alumni on the show — “they are the OGs,” Topic notes — the series has to find a happy medium. This season didn’t have any “Road Rules” cast members and only five former “Real World” houseguests.

“We always try to pull in some big vet names for a return we know the fans will celebrate. When you have a pool of 36 seasons to pull from, and knowing you must make space for new faces, it’s just about trying to find the right balance,” Topic says. “You want the vets to be able to onboard the new faces in the series so they can become a returning OG themselves one day.”

Speaking of OGs, Paramount+ found the sweet spot in that arena after Season 1 “Road Rules” player Mark Long began reaching out to other alumni about the possibility of doing an “All Stars”-type show. He partnered with Bunim/Murray in summer 2020 and they moved fast. By the following spring, Season 1 “All Stars” dropped on Paramount+. Season 2 followed shortly thereafter, and Season 3 is currently airing.

“Everyone on the planet loves nostalgia,” Long says. “Whether it’s a TV show, a song or even a specific person, society loves to take their minds back to a time when everything was simple and fun. Nostalgia alone is why I think ‘All Stars’ has resonated so well.”

As with the cast, the throwback music is a huge draw, so much so that “All Stars” landed a Guild of Music Supervisors Award nomination in the reality TV race. The soundtrack includes Nelly, Backstreet Boys, Mobb Deep, Pat Benatar, Britney Spears and Ice Cube.

The draw for former cast members is easy to understand. While not all could take the time off for a full season of “The Challenge,” “All Stars” was a quicker filming period — a few weeks opposed to a few months, which worked for veterans who couldn’t take a hiatus from families or careers.

When it comes to choosing which players to bring back for another season, many different factors play into the equation. While fans want to see familiar faces, they also want to catch up with people they haven’t seen in years. “All Stars” Season 1 winner Yes Duffy hadn’t been on TV for 20 years before he returned.

“There are people that come into the game, that love the experience and really want to keep doing it,” says Bunim/Murray president Julie Pizzi. “That enthusiasm is really important to us because it drives some of the competition. So we often invite back people that really play the game or had a missed opportunity. You have certain challengers that have made it to a final so many times, but never won. There’s this idea that you want to bring people back for another chance.”

After seeing such success with “All Stars,” Paramount+ took it a step further. Earlier this year, execs announced four spinoffs of “The Challenge” — “Argentina,” “Australia,” “U.K.” and “USA,” the latter which will air on CBS this summer. The winners from each of the four will go on to compete in a global season on Paramount+. The international spinoffs will also impact future seasons of “The Challenge.”

“Often, we would have people from other countries on and they had never seen the show,” Pizzi says. “Now, all because of Paramount+, the cast members all over the globe are able to watch it and study it. They’re going in knowing who Wes Bergmann is or knowing who Johnny Bananas is, which is really fascinating.”

Also on the streaming service is “The Real World Homecoming,” which has been a hit since its debut in 2021, giving fans a chance to catch up with the “New York” cast in Season 1 and the “Los Angeles” cast in Season 2. Then, Season 3 reunited the cast of “New Orleans” — and the timing was perfect.

“The original season dealt with important LGBTQ+ and racial issues that are still very relevant today,” says showrunner and executive producer Kevin Lee. “For the producers and cast this time around in 2022, the challenge is to update and add new insights into those 2000 conversations about these issues — while avoiding covering the same exact territory that we did back in 2000.”

While the first two seasons of “Homecoming” were filmed in the same houses from the original series, things changed a bit for Season 3, and they didn’t reside in the Belfort in the Garden District as they did in 2000.

“Our production design team has the difficult task of balancing modern functionality against ’90s and aughts’ nostalgia,” Lee notes. “Being in those same houses provided a huge dose of nostalgia for those casts and the audience. But it’s still a challenge to make the house designs look contemporary and appealing yet still provide extra doses of nostalgia in the design. The NOLA production design team accomplished this by using colors and design elements that were inspired by the design of the original NOLA house and also by including little Easter eggs of nostalgia that appeared in the original seasons.”

He adds: “For example, the NOLA Homecoming house featured a functioning, vintage-2000 robotic dog just like what appeared in the original NOLA season. The cast and the audience loved it.”

The season received rave reviews and has already started some Emmy chatter, mostly because of how topical the conversations were between the roommates — just as in the original season.

“‘The Real World,’ at its heart, has always been a social experiment that celebrates diversity, so it is fascinating to continue the experiment 20 years later with the cast of ‘The Real World: New Orleans,’ one of our most diverse and engaging casts,” says co-creator and exec producer Jon Murray. “I’m so proud that this little cable show that started the reality revolution continues to explore important questions about identity and what our responsibilities are to our fellow man.”

That responsibility spreads over all of Murray’s shows as the mission to bring people together and keep them entertained remains.

“We envision the show as a place where the intersection of society is being shown,” Topic says. “It’s an opportunity to see people collaborating, living and working together who all have differing sexual orientations, religions, race, gender and ethnicities — and this is what we are leaning into when we are casting. It’s rare to see this in unscripted programming where often casting is down racial or gender lines. I like to think ‘The Challenge’ is a trailblazer in this regard.”