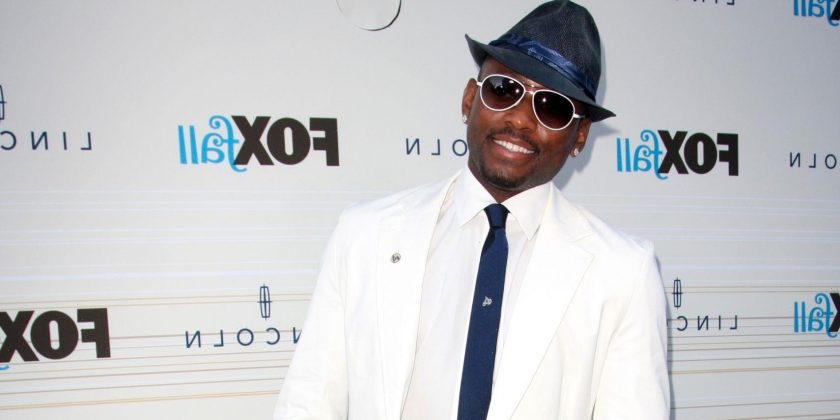 Among many of the unique opportunities Omar Hashim Epps has had in his acting career, he is one of the few who has the bragging rights to have collaborated in a movie directly with the legendary rapper, actor, and activist, Tupac Shakur. They crossed paths in the movie Juice, which was a breakout role for both Omar Epps and Tupac Shakur in their younger years.

Born on July 20, 1973, in Brooklyn, New York, Epps’ upbringing may be considered somewhat of a statistic; absent father due to his parents divorcing at an early age; bouncing around to different neighborhoods in Brooklyn, like Bedford-Stuyvesant and East Flatbush – his life could’ve turned out much differently. But with the guidance of his mother, Bonnie Marie Epps, who was an elementary school principal that helped to keep the young and passionate Epps grounded. His elitism as an actor over the years has rightfully earned him a slot next to names such as Denzel Washington, Tay Diggs, Will Smith, and Jamie Foxx, to mention a few.

Bursting with charisma and creativity as an adolescent, the Higher Learning star shared an interest in poetry and also rap, performing with a rap group called Wolfpack, which is a similar backstory to Idris Elba, who also began as DJ before holding a full-time career in acting. After graduating from the Fiorello H. LaGuardia High School of Music & Art and Performing Arts, he began to pursue his career as an actor more vigorously. His first launching pad into superstardom was with the 1992 crime movie Juice, where Epps, only 17 at the time of being cast, shared the stage with rapper and actor Tupac Shakur and actors Khalil Kain and Jermain Hopkins.

Three years later, in 1995, he was cast in the controversial racial drama and romance film Higher Learning, where he starred with Ice Cube, Busta Rhymes, Tyra Banks, Laurence Fishburne, and Michael Rapaport. Then in 1999, he appeared in The Wood alongside Taye Diggs, Richard T. Jones, Malinda Williams, and Sanaa Lathan. And in that same year, he played the role of Jeffery Cole in In Too Deep. His role was that of an undercover cop who infiltrates the criminal empire of feared drug lord Dwayne Gittens, played by LL Cool J. The young Brooklyn boy was finally beginning to climb the ladder in the movie industry.

On To Something Bigger And Better

Perhaps one of his biggest breaks came in 2000 with Sanaa Lathan in Love And Basketball. His character, Quincy, portrays an aspiring basketball player with one day making it to the NBA. Growing up nearby in his suburban neighborhood is his childhood friend, future spouse, and aspiring basketball player, Monica (Sanaa Lathan). As they independently pursued their professional basketball careers, they began to fall in love with each other but must decide between their relationship and their basketball pursuits. Ultimately, the movie became a favorite in the hopeless romantic genre, grossing over $27 million at the box office. Other celebrities also include Kyla Pratt, Dennis Haysbert, Regina Hall, Gabrielle Union, and Tyra Banks.

As one of the most prolific and active actors in the business, Epps kept busy in the following years with films such as The Mod Squad alongside Giovanni Ribisi and Dennis Farina, the romance/sex comedy Alfie (2004), starring Jude Law, Sienna Miller, and Nia Long, and Against The Ropes (2004) with Meg Ryan. He also starred in the Dracula 2000 thriller along with Gerard Butler, Christoper Plummer, and Jeri Ryan. His most recent film in 2020 revealed a darker element of his character in Fatal Affair with Nia Long, which didn’t fare too well from critics.

Omar Epps’ star has not shone only in the film and movie industry. He is also known for his long-standing roles on much popular television series. One of his first roles was as a surgical intern named Dennis Gant, who commits suicide after 10 episodes by jumping in front of the El-train. Safe to say that’s one of the most damaged fictional characters he has ever portrayed on screen. His next TV show appearance is most beloved by doctors and novices alike: House. The versatile actor found a home on the Fox medical drama series as Dr. Eric Foreman, a neurologist specialist. From the show’s inception in 2004 until its final episode in 2012. The show ran for a total of eight seasons, all of which Epps played a prominent part, together with Hugh Laurie, Lisa Eddison, and Kal Penn, among numerous other actors.

Other TV series Epps has grace with his presence include ABCs fantasy drama series Resurrection, which aired from 2014 to 2015. Then in 2016, he played Isaac Johnson in the TV series Shooter, based on the 2007 movie of the same name, starring Mark Whalberg. And another fun fact about Omar Epps that is obvious but some may not know is that he is the cousin of celebrity actor and comedian Mike Epps, who is best known for his recurring role in the Friday trilogy with Ice Cube.

READ NEXT: 10 Amazing Things You Didn’t Know About Denzel Washington