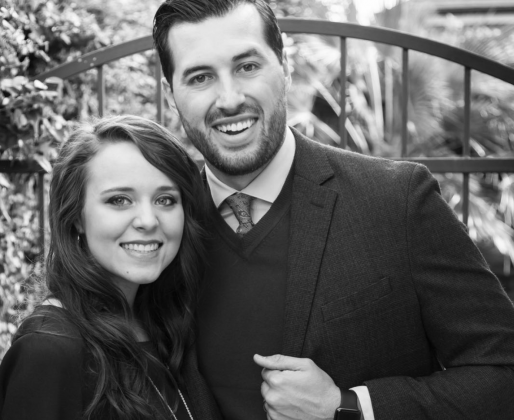 Jinger Duggar and Jeremy Vuolo are one of the couples featured on the TLC show Counting On. The show follows the lives of the Duggar children; it premiered after their original show, 19 Kids and Counting, which was canceled due to Josh Duggar’s sexual abuse scandal. Duggar and Vuolo are happily married, but how many kids does this couple want?

The Duggar family has never been known for long courtships or engagements. Even Michelle and Jim Bob Duggar were married after a short time, and Michelle was only 17. Duggar followed in her parents’ footsteps by having a quick courtship and engagement with Vuolo. The couple actually only dated for about a month before he proposed. To most, this would seem outrageous. However, the Duggars believe that God guides them to the right person and wouldn’t make any mistake of it; as a result, they typically get engaged once they’re certain their Christian values align with their future spouse’s.

After Duggar and Vuolo wed, they didn’t stay in Tontitown, Arkansas. Vuolo, a former professional soccer player, got a job as a pastor in Laredo, Texas, and he and Duggar uprooted and moved away. The couple lives about a 12-hour drive away from the rest of their family, and not many Duggars have moved that far from home. There were rumors that Jill and Derick Dillard moved to Colorado, but that doesn’t appear to be the case, since Derick Dillard is enrolled in law school in Arkansas. Josh Duggar was living in Maryland for a while with his wife, but for the most part, the family stays put in Arkansas.

The couple has one daughter, Felicity

Duggar is the only Duggar daughter to have a daughter of her own. Her sisters, so far, have only had boys. But Duggar and Vuolo, who tied the knot in 2016, welcomed a daughter in July 2018. They named her Felicity, and she’s been a bundle of joy for the couple, who appear to be very happy together. While they may only have one child now, it doesn’t appear this baby will stay an only child forever.

Duggar and Vuolo have said that they’ll take as many children as God wants to bless them with. However, Duggar is also commonly looked at as the most progressive daughter of the family (she even wears pants!), but it doesn’t look like she’s quite as progressive as taking birth control pills. Duggar hails from one of the largest families in the United States, but that doesn’t necessarily mean she wants the mega family she was raised in. Having one child for now is likely plenty to handle. But if the couple is leaving it up to God, they’ll probably see at least a few more in their future.