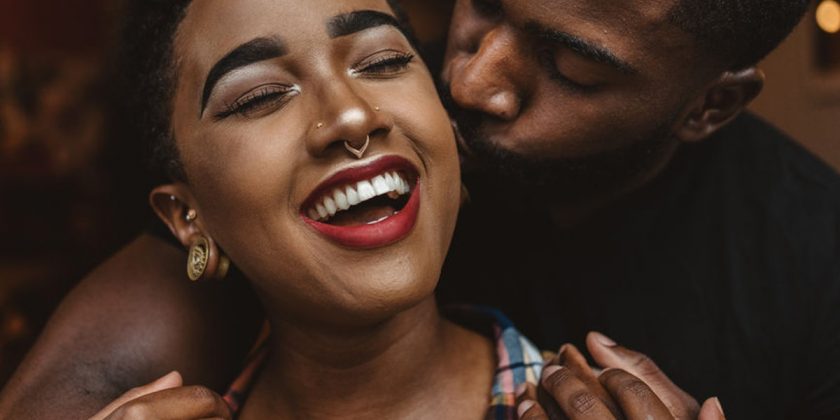 We all know that making relationships last can take effort, and having an emotionally intelligent partner can make a huge difference when it comes to going the distance. If you’ve ever asked yourself how to measure emotional intelligence, the truth is that it’s actually much simpler than it sounds. It’s about communicating and process emotions in a grounded, mature way.

"Emotional intelligence is the ability to identify and manage your own emotions and the emotions of others," according to Psychology Today. Even though this might sound easy on paper, many people struggle to deal with their own emotions, and we can all likely think of a time when we could have dealt with an emotionally distressing situation with more maturity. Unfortunately, emotional intelligence isn’t something people are born with, like many other things, it takes time and growth to cultivate.

Since we’re all on our own unique emotional journeys it totally makes sense that some of us have found productive ways to process and express our emotions — and some of us are still figuring things out. According to experts, measuring emotional intelligence boils down to the following characteristics.

Being self-aware is a big part of emotional intelligence, According to psychotherapist Jeffrey Rubin, author of The Art of Flourishing: A Guide to Mindfulness, Self-Care, and Love in a Chaotic World,

"You are in touch with what you are feeling and its possible impact on [others]," Rubin told Elite Daily.

Someone who’s able to accurately analyze themselves and their feelings without disregarding the emotions of others is probably emotionally intelligent.

“This is probably what we think of most when we think of emotional intelligence,” Susan Krauss Whitbourne, Professor Emerita of Psychological and Brain Sciences at UMass Amherst, told Cosmopolitan. “They can read you well — and your moods — without you having to spell it out in excruciating detail. They can tell what’s bothering you at the moment, and what would make you feel good.”

Those who are able to put themselves in the position of someone else and empathize with them are typically people who have a high level of emotional intelligence.

According to Diana Dorell, a dating coach, another way to measure whether or not someone is emotionally intelligent is if they’re able to take responsibility for how they feel instead of blaming others. This doesn’t necessarily mean that someone else isn’t also in the wrong, but if you’re trying to resolve a conflict phrasing is important. For example, saying, "I feel," as opposed to, "You made me feel," signals emotional intelligence.

Fights can bring out the worst in people. These conflicts can also make it glaringly obvious whether or not someone is emotionally intelligent or not.

"[If] you honestly express your disagreements and emotional pain without attacking or demonizing your partner," then chances are you are emotionally intelligent and mature in how you handle conflict, said Rubin.

Although emotional intelligence might sound like a big word, when you look at all of it’s moving parts it’s actually pretty straight-forward. Essentially, it’s just being emotionally smart which can be much easier said than done. At the end of the day, emotions are powerful and have a huge hand in crafting our realities — which is why this characteristic is an important one to have.