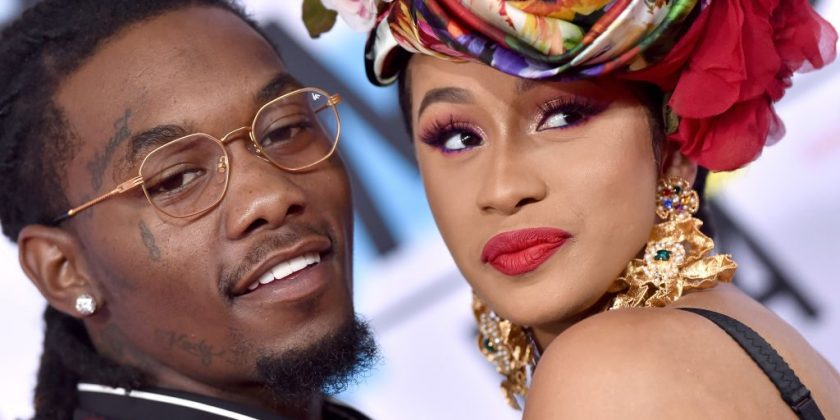 Over the past few years, Cardi B has become one of the biggest stars in hip hop. Since she starred on season six of Love and Hip Hop, the rapper has only continued to see her star rise. But it’s not always her music that is getting the attention.

Cardi B’s personal life has been a source of fascination as well. Fans know that the 26-year-old has had an on-again-off-again relationship with fellow hip-hop star Offset, but how did they meet?

Cardi B and Offset have kept fans guessing about their relationship

In some regards, fans have known very little about Cardi B and Offset’s relationship. The couple has been good at keeping some things under wraps. But then there are the other times when fans hear way too much about their relationship and are heartbroken by the turn of events.

From the outside, it seems like Cardi B and Offset’s relationship has never been able to find solid ground. The couple began dating in early 2017, even though they didn’t confirm their relationship status until the summer of that year. In August, Cardi B dropped a not-so-subtle hint that she was ready to tie the knot, saying she was ready if Offset chose to propose.

To fans, it looked like Offset got the hint when he proposed on stage just a few months later. But the couple had us all fooled because, in actuality, they had secretly married a month earlier in Fulton, County Georgia.

Cardi B and Offset were able to keep their marriage a secret until TMZ revealed the news in June 2018. In the meantime, the couple was fighting off rumors of Offset’s infidelity. Cardi B told her fans that she would decide what was best for her relationship in her own time, adding, “I don’t need to be rushed or be told what to do. Its my life! I belong to me not to the world.”

The rumors persisted throughout the year and Cardi B admitted that they got to her. But, nonetheless, they continued. In December 2018, Cardi B announced that the couple had split. Just a few months later, the couple revealed that they were giving it another shot.

Cardi B and Offset welcomed a daughter last year

In February 2018, fans started to speculate that Cardi B was pregnant. One fan took to Instagram and asked the rapper if there was a “Kylie Jenner secret” that fans needed to know (referring to Jenner’s secret pregnancy). The rapper responded in true Cardi B fashion, telling the fan, “No b**** I’m just getting fat. Let me fat in peace.”

As it turns out, Cardi B wasn’t just fat. When she appeared on The Tonight Show that April, the hip hop star wore a tight white dress that showed off her belly bump. Following the show, Offset posted a message to fans on Instagram thanking them for their support. On July 10, 2018, the couple welcomed a baby girl, Kulture Kiari Cephus.

The “Bodak Yellow” rapper recently discussed whether more children were in her future. For now, Cardi B just wants to focus on the one she has. She says that they require so much attention, that it’s hard to imagine two. She added that she would like to learn more and have more experience before welcoming another child.

How did Cardi B and Offset meet?

According to Cardi B, the two met at an industry event. The rapper revealed during an interview that Offset was very persistent in trying to know her. She admits that initially she was sure about his intentions and she assumed that he only wanted a physical relationship with her. But Offset kept up the pressure.

Eventually, Cardi B relented and the two began to talk. However, it was only a friendship at first. Though they met in 2016, the couple didn’t begin dating until early 2017.