Kate and her culottes! How cropped trousers have become the Duchess of Cambridge’s go-to for ‘casual’ outings – as a stylist explains they give her outfits a more ‘contemporary’ feel

A demure dress and matching coat have long been the building blocks of Kate Middleton’s signature looks.

But recently the Duchess of Cambridge, 37, has been sporting a rather more fashion-forward piece of clothing: culottes.

The royal kicked off summer with a navy pair to launch the King’s Cup sailing regatta in May and has since worn them on no fewer than three other occasions – including on her outing to a London’s children’s centre yesterday.

Speaking to FEMAIL, stylist Susie Hasler, who runs Styled By Susie suggested the trousers offer her outfits a more ‘contemporary’ feel while still allowing her to adhere to strict royal dress codes. 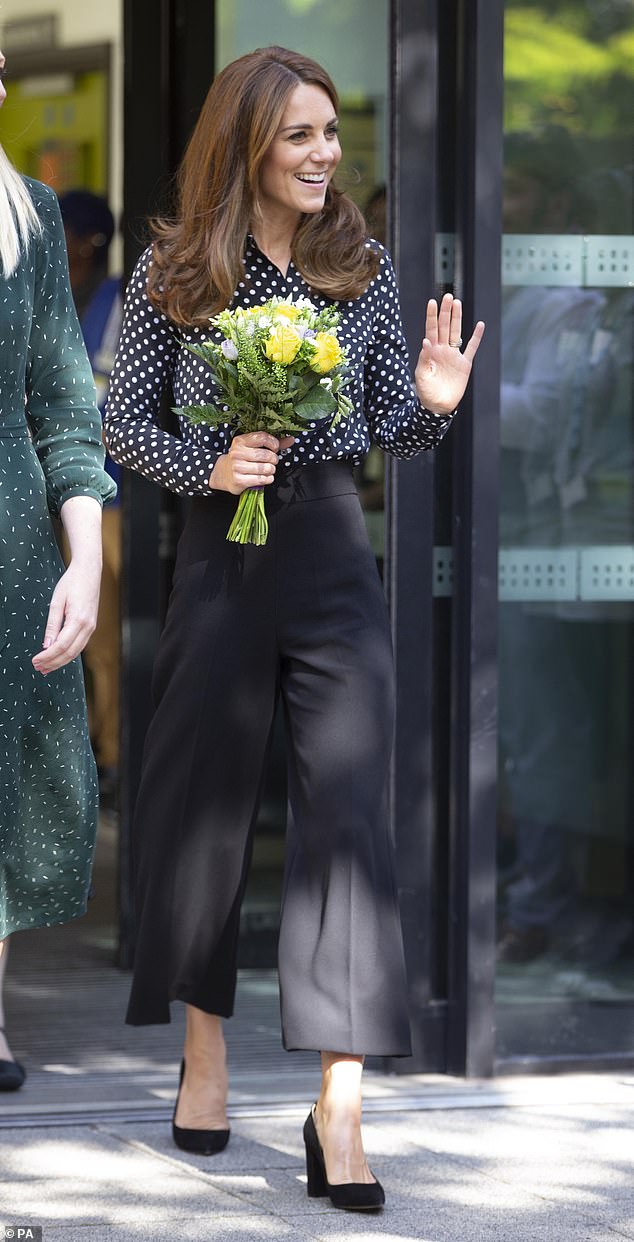 Yesterday: The Duchess of Cambridge, 37, has found a new fashion favourite in the form of trendy culotte trousers. Pictured yesterday in a £26 pair from Zara while visiting the Sunshine House Children and Young People’s Health and Development Centre

The stylist said: ‘As a royal, Kate has to adhere to a conservative dress code for engagements and visits.

‘Culottes are a more contemporary look and allow the Duchess to wear flat shoes for comfort.’

She continued: ‘It is unusual to see the Duchess in jeans so a tailored trouser or culotte serves as a great casual alternative that still ticks all the boxes for conforming to the Royal dress code.

‘Culottes have grown in popularity and women love them because they skim over curves and are a great seasonal in between purchase.’ 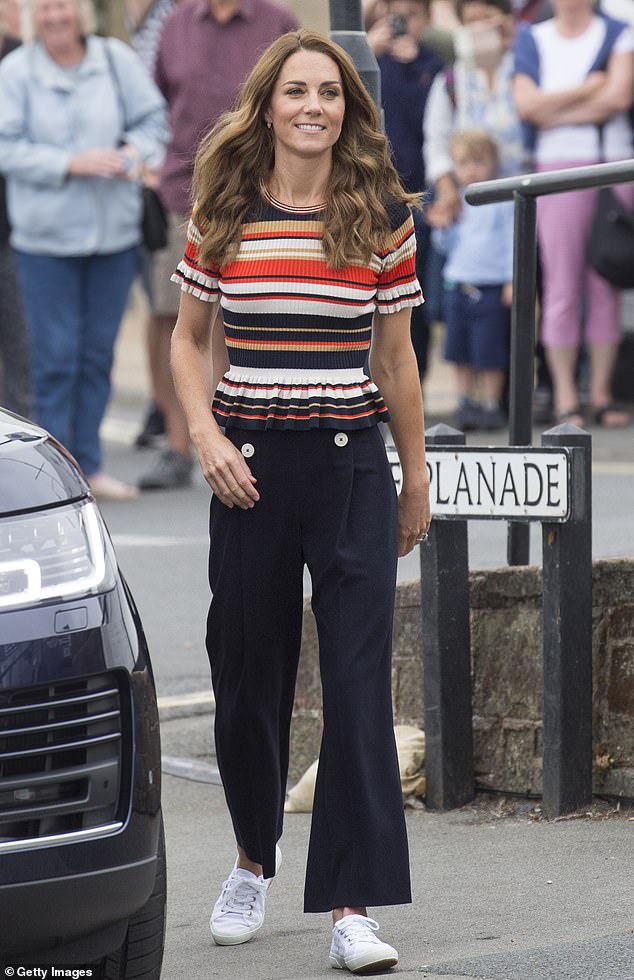 August: The Duchess was seen wearing her LK Bennett trousers for a second time as she arrived at the King’s Cup Regatta in August

What dress codes do the royals have?

For ladies in the royal family, a smart day dress or trousers teamed with a jacket or cardigan is considered appropriate for royal outings.

She has, on occasion, worn dark coloured jeans.

The Duchess was first seen in a cropped trouser when she arrived at the launch event for the King’s Cup Regatta in a cool £150 LK Bennett pair.

She styled the trousers with a striped top and red bag, in an obvious nod to the nautical theme. She later re-wore the pair to the event itself in August.

The royal donned a pair of cool and comfortable culottes as she unveiled her Chelsea Flower Show garden for the first time in May.

She opted for a camel coloured £69 pair from Massimo Dutti, pairing the piece with a pretty white blouse.

She kept the look practical and down to earth by pairing it a pair of white trainers.

May: Kate was also snapped in a cool brown pair  which she wore with a pretty white blouse and trainers to unveil her Back to Nature garden at the Chelsea Flower Show in May 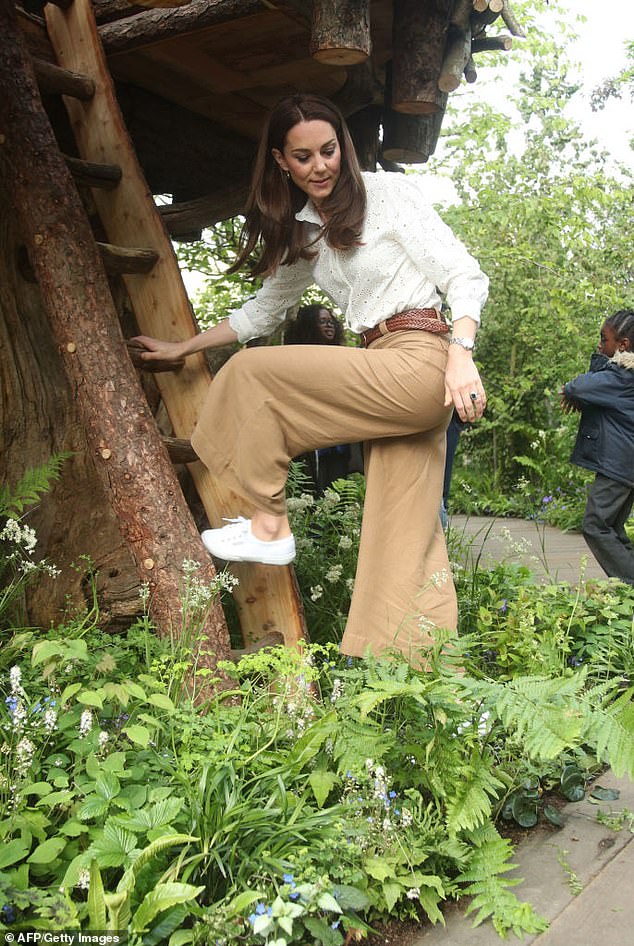 Kate showed off how practical the trousers could be at the Chelsea Flower Show, clambering up a ladder into a treehouse at the event

The practicality of the outfit allowed Kate to clamber about in the garden, at one stage climbing a ladder into a small treehouse.

And yesterday, the royal was seen in a different pair of black culottes, this time from high street retailer Zara.

She paired the trousers with a trendy polka dot Equipment blouse and Gianvito Rossi heels for a visit to a children’s health and development centre in London.

May: The royal has been spotted in culottes four times over the past few months, and appears to have at least three pairs of the wide leg trouser (pictured in May attending the launch of the King’s Cup Regatta wearing a pair from L K Bennett)