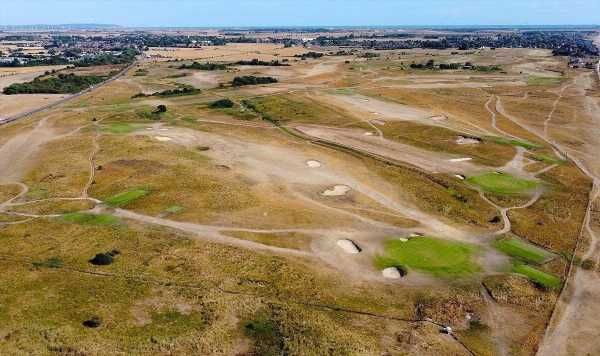 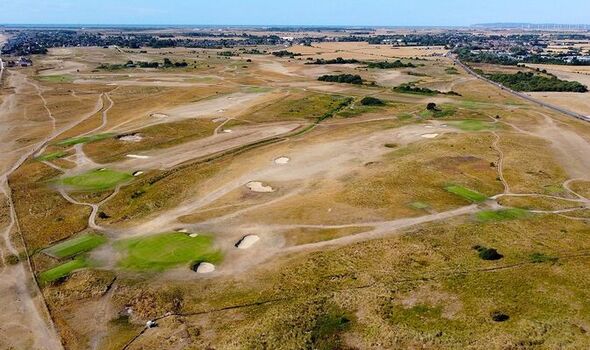 It comes as dramatic scenes lay bare how the driest July since 1935 has parched landscapes. The Met Office says “very little meaningful rain” is on the horizon, as fears grow that a drought could be declared this month.

And at Hayes Cricket Club in south-east London, the surface was being cut on an otherwise dry square ahead of a weekend game.

Photos showed the dried-up reservoir in the Brecon Beacons, South Wales, as well as a scorched golf course near New Romney, Kent. Other sights were a dried-up River Thames bed near Somerford Keynes in Gloucestershire.

Forecasters are warning of heatwave highs of around 95F by the end of next week. 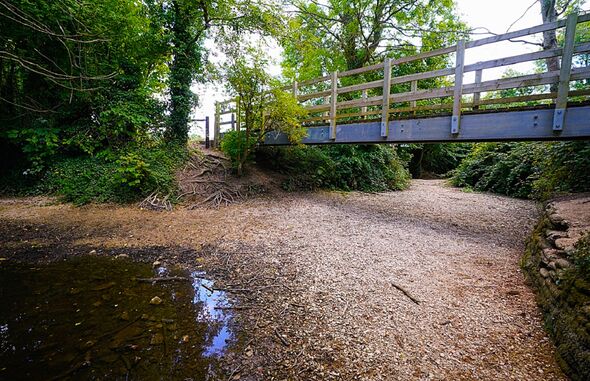 Temperatures in the North will be around 68F today, before climbing towards 73F by Monday. The South will be warmer, with highs of 77F, before reaching 81F by Monday.

A Met Office spokesman said: “High pressure will dominate the UK weather pattern in the coming days. This will bring dry weather for many, the exception being the far North-west. Temperatures will start to climb as well into next week.” The first temporary use hosepipe bans (TUBs) were introduced yesterday in the South, affecting one million people. Further curbs are earmarked for the South-East and South-West Wales.

Water firms across England and Wales, which leak about 3.1 billion litres a day, are required to have plans for ensuring sufficient supplies during a drought. They include reducing leaks, encouraging wise water use and imposing hosepipe bans.

But Mark Lloyd, CEO of The Rivers Trust, criticised last-minute bans, saying they encouraged a rush to wash cars and fill paddling pools. He said: “This should happen before the rivers come to a desperate condition and there’s not enough water for wildlife.” His colleague, Dr Rob Collins, said: “The source of the Thames in Gloucestershire has dried up. Under our changing climate, we can anticipate the frequency and severity of such periods of drought and water scarcity to intensify.”

The UK Centre for Ecology and Hydrology said most rivers were on “red alert”.

Police bosses fear the hosepipe bans affecting millions of Britons could cause arguments and even violence.

Ken Marsh, chairman of the Metropolitan Police Federation, said his colleagues are already stretched enough and would not welcome any extra work generated because of the issue.

People are being encouraged to report their neighbours if they spot them repeatedly breaching hosepipe bans.

Mr Marsh said: “These are civil matters. But obviously, if disorder breaks out as a result of people snitching, then we will have to respond, but it is extra work that we could do without, frankly.”

“Rule-breakers face fines of up to £1,000 if taken to court. Two water companies – South East Water and Southern Water – have announced hosepipe bans, but it is likely others will follow suit as the nation faces the threat of a drought being declared this month.

Southern Water said: “If you see anyone repeatedly breaching the restrictions, let us know via our customer service team.”