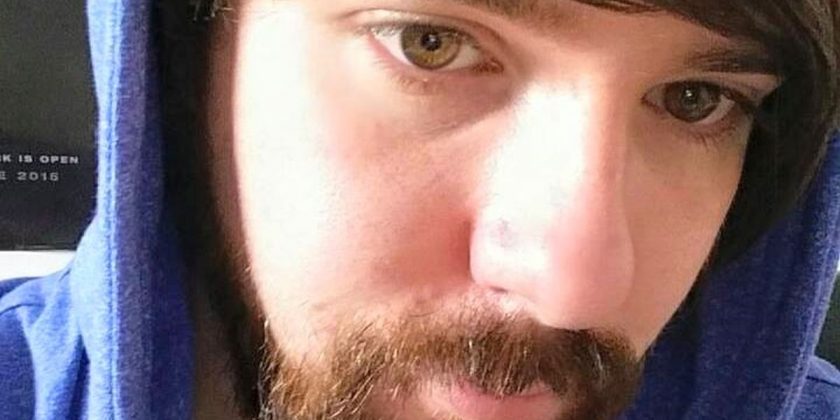 A horrified man said he was left unable to eat for two days after claiming to find what looks like a "cat’s anus" in his £1.50 Tesco canned curry.

Support worker Andrew Lee was half way through his meal when he found a ‘greyish skin coloured’ tube on the end of his fork.

The 30-year-old said he was left so sick by his finding, which he thought looked like a ‘belly button or cat’s anus’, that he didn’t eat for two days – calling it the ‘the first diet that’s worked’.

Even Tesco described it as a ‘thing’ in their first reply to Andrew.

After complaining to the supermarket giant online, Tesco immediately replied stating, ‘I would suggest… taking this product with the thing and receipt into your local store for this to be investigated properly by my colleagues at the customer service desk.’

However Tesco have since said the ‘anus’ is in fact a large blood vessel and asked Andrew to return the ‘thing’ so that it can be investigated further.

Andrew, from Swansea, Wales, said: "It looked like a belly button or cat’s anus. It was a shock.

"It’s the first time I’ve noticed something like that before.

"There was the beginning of a tube then it was cut off. There was a bit of string on it too.

"Someone said it could be a blood vessel but do they get that big?

"I’d already eaten half of my dinner before I found it and I felt sick. It’d been sat on my plate.

"I picked it up on the fork first and noticed the colour was different. It was like greyish skin coloured.

"You could tell it wasn’t beef. Well, it could be beef, but not ‘meat beef’.

"Normally you don’t get any kind of fat or anything. I’ve never had anything odd in there before.

"I couldn’t eat for about two days after that. It’s the first diet that’s worked.

"I normally love the beef curry with some jasmine rice and poppadoms. It’s quite tasty.

"But I won’t be having those tins again and I won’t look at cats the same either."

Andrew wrote his complaint online immediately after his dinner was spoiled by the ‘weird’ discovery.

Thinking Tesco wouldn’t reply, he wrote a humorous message admitting that losing his appetite was ‘somewhat of a biblical occurrence’.

Andrew said: "Tesco even replied calling it a ‘thing.’ It made me feel worse if they’re taking it so seriously too.

"After the Facebook post people were messaging me about it in disgust as if I’d found a new species. I’m worried.

"I have no idea what it is.

"When I wrote the post, I didn’t think anyone would reply – I just thought it’d be funny.

"They said to go into a local Tesco and give it to them. I’ve kept everything safely in my fridge.

"I showed my partner who was there at the time and he was horrified.

"I had a tin of tomatoes once and there were caterpillars in there so it works either way. I won’t go veggie anytime soon."

Jonathon Cowley-Thom said: "That really is terrible. Usually the anuses are minced up properly. Tesco owe you a £5 voucher, minimum."

Kayleigh Evans said: "Tesco I would like to request that we are all updated on what this is. Thanks."

A Tesco spokesperson said: “Our supplier has confirmed that the piece of beef in question is part of a blood vessel.

"We have apologised to Andrew and have asked him to return the product in question to their local store so we can investigate this further."