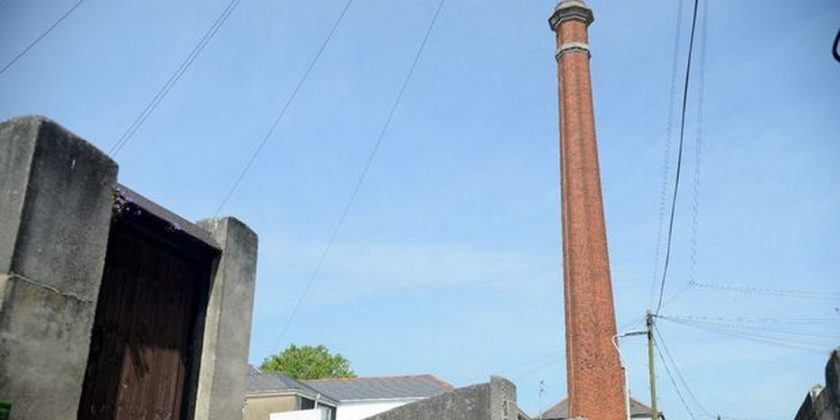 The towering structure in Bob Henderson's back garden sticks out like a store thumb and has been there longer than anyone can remember.

It appears to be a narrow chimney from afar, but it's actually a 100-year-old Victorian 'stink pipe' that is still in use to this day.

Visible for miles, the 60-ft tall pipe lives up to its name – the smell stuck to a reporter for the better part of a day after climbing inside the structure in Stonehouse in Plymouth, Devon.

Retired history buff Mr Henderson told PlymouthLive that the red pipe is a Victorian sewage vent designed to release methane gas from the sewer below to prevent a nasty odour from filling homes.

Mr Henderson and his wife Wendy bought the house 25 years ago and her father owned it for 30 years before that .

While giving a tour to a reporter, he said: "What we're looking at is a Victorian sewage vent which was built at the turn of the century for venting off the methane gas from the sewer system below.

"It was a massive feat of engineering.

"This chimney would vent the sewage gas off, with a ladder going up to the top in case any birds ever built their nests at the top.

"The keeper at the time would have to go up inside, move them and any blockages."

Inside, it is filled with grime and debris and an odour that clings to a visitor's clothing for hours and makes it hard to open one's eyes.

But anyone who ventures inside and climbs up the ladder comes out looking a mess, covered in a combination of rust, residue and bird poop.