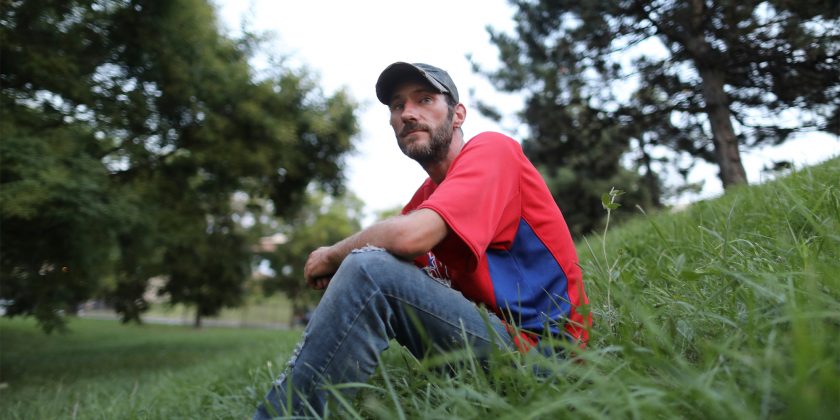 During a press conference on Thursday, Burlington County Prosecutor Scott Coffina revealed a shocking discovery about the homeless man who was charged with allegedly working with a New Jersey couple to defraud people in an elaborate GoFundMe scam.

“In 2012, Johnny Bobbitt posted a remarkably similar story on his Facebook page out of North Carolina,” Coffina said. “I don’t think that’s a coincidence.”

“So this girl runs out of gas and has a flat tire at the same time in front of Wal-Mart and is blocking traffic,” the post read. “Everybody blows the horn and cusses her but of course no-one helps her, So I run to the gas station and then change her tire. I spent the only cash I had for supper but at least she can get her little children home safe.”

In October 2017, Kate McClure, 28, and her boyfriend Mark D’Amico, 39, created a GoFundMe page with a similar story about helping Bobbitt, a homeless veteran who gave McClure his last $20 when she was stranded on a Pennsylvania highway. Some 14,000 donors gave over $400,000 to rescue the man from homelessness.

But in the past few months, the trio’s heartfelt story began to unravel. It has sine been revealed that the group actually met on an off-ramp near a casino in Philadelphia in the fall of 2017. They have all now been charged and are facing second-degree theft by deception and conspiracy to commit theft by deception.

McClure and D’Amico surrendered to police Wednesday but have since been released. Bobbit remains in custody in Philadelphia.

Coffina spoke about Bobbit’s past during the conference, praising his military service in the United States Marine Corps but said he was “fully complicit” in the scam.

“He deserves our appreciation for his willingness to serve our country as a United States Marine and he has our sympathy and concern for the homelessness he has experienced as well as his publicized struggle with his addiction, but it is imperative to keep in mind he was fully complicit in this scheme to defraud contributors,” he said.

An attorney for Bobbitt did not immediately respond to a request for comment from PEOPLE.

Coffina said that the trio would have likely gotten away with the scam had Bobbit not filed a lawsuit against McClure and D’Amico in August claiming he was owed more money from the couple.

The couple has long denied Bobbitt’s allegations. And, during a September court appearance for an unrelated traffic warrant, D’Amico said everything would soon become “crystal clear” in his and McClure’s battle with Bobbitt.

Now, just two months later, it has been revealed that the entire story “was predicated on a lie,” Coffina said.

He added that GoFundMe officials are working with authorities to remedy the “fictitious, illegal” situation.

“GoFundMe has informed me that in light of the charges announced today, it will be providing a full refund to all donors of the ‘Pay It Forward’ campaign,” Coffina said.