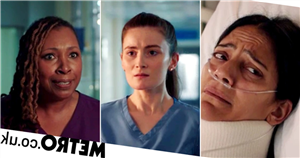 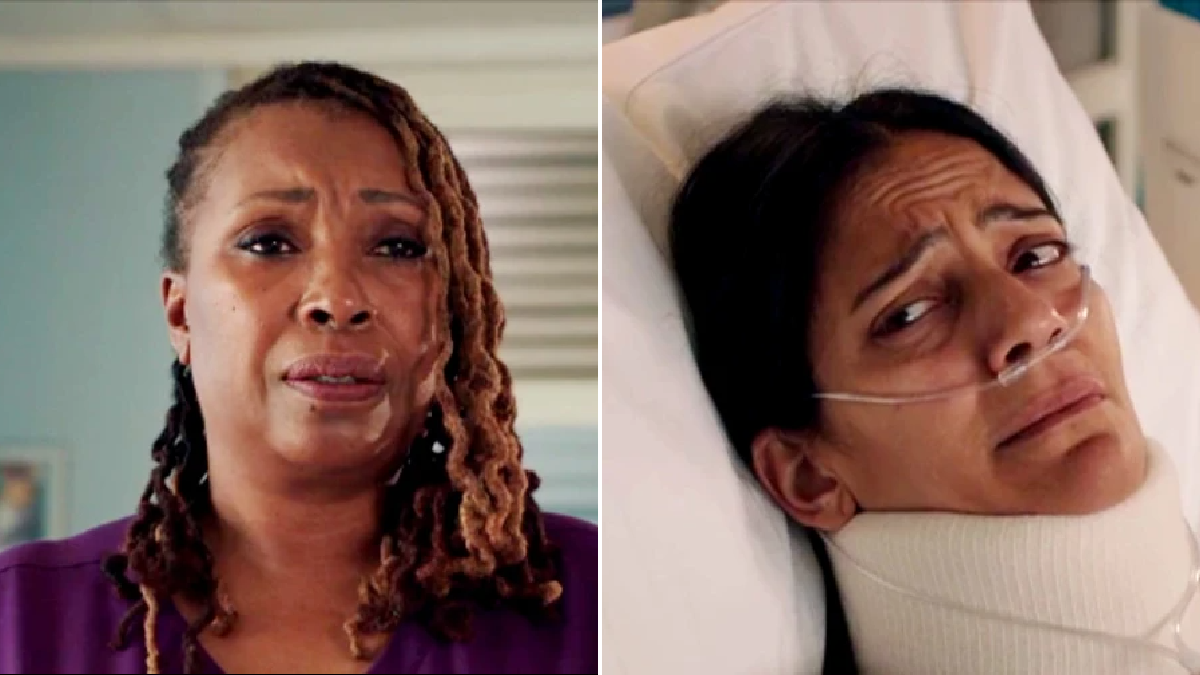 With Josh (Trieve Blackwood-Cambridge)’s eating disorder starting to get out of control in tonight’s Holby City, he realised he needed to talk to somebody. Ange (Dawn Steele) was ruled out, as he was scared that it would change her perception of him as being strong and capable – and of course this is the image that he’s so determined to project as he cares for his partner and their twins.

As often happens on Holby, it took a patient to make him realise that, ‘Most of the time people have to want help to get help,’ as Eli (Davood Ghadami) wisely told him. It was Eli he finally turned to, telling him about how he’d make himself sick as a child but had it under control until recent pressures started to get to him.

So far Eli has seemed to be the sort of person who avoids confronting personal problems – as we saw with his own fertility issues – so it remains to be seen whether he’s the right person to help Josh. The important thing is that Josh has taken the first step in admitting he’s not coping.

It took another patient to get Lucky (Vineeta Rishi) to begin to accept that there might be a future for her following her spinal injury. After trying to take her own life by tricking Kylie (Amy Murphy) into giving her an overdose, Lucky was still insisting she wanted to die.

Heartbreakingly, she told Max (Jo Martin) that she’d been lonely even before her injury and felt there was really nothing to live for. A visit from former patient Alex (Mykel Williams), a disabled man whom Lucky had counselled soon after his injury, didn’t seem to change her mind to begin with, but she eventually accepted Max’s plan of finding her a rehab centre.

Max was furious with Kylie. ‘The fact that Lucky is alive is a miracle given your haphazard, careless approach,’ she told her, which was a tad unfair under the circumstances. Worse still, Louis (Tyler Luke Cunningham) had been hoping that he, his mum and his girlfriend would be sitting down for a nice family meal that evening, but Max informed her that she would never be welcome in her house, and if Max was still CEO Kylie would not even have a job at Holby.

Henrik Hanssen (Guy Henry) spent most of the episode locked in a cupboard with former colleague Russ Faber (Simon Slater). To pass the time they made top 5 lists, and we learned that Hanssen is quite the fan of grime music, Stormzy and Kano in particular. ‘I don’t know what’s funny about it,’ he said to Russ. ‘I’ve always liked music, haven’t I?’