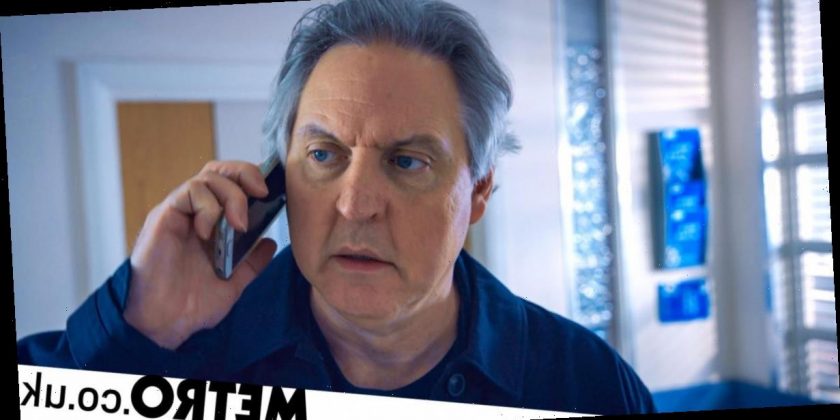 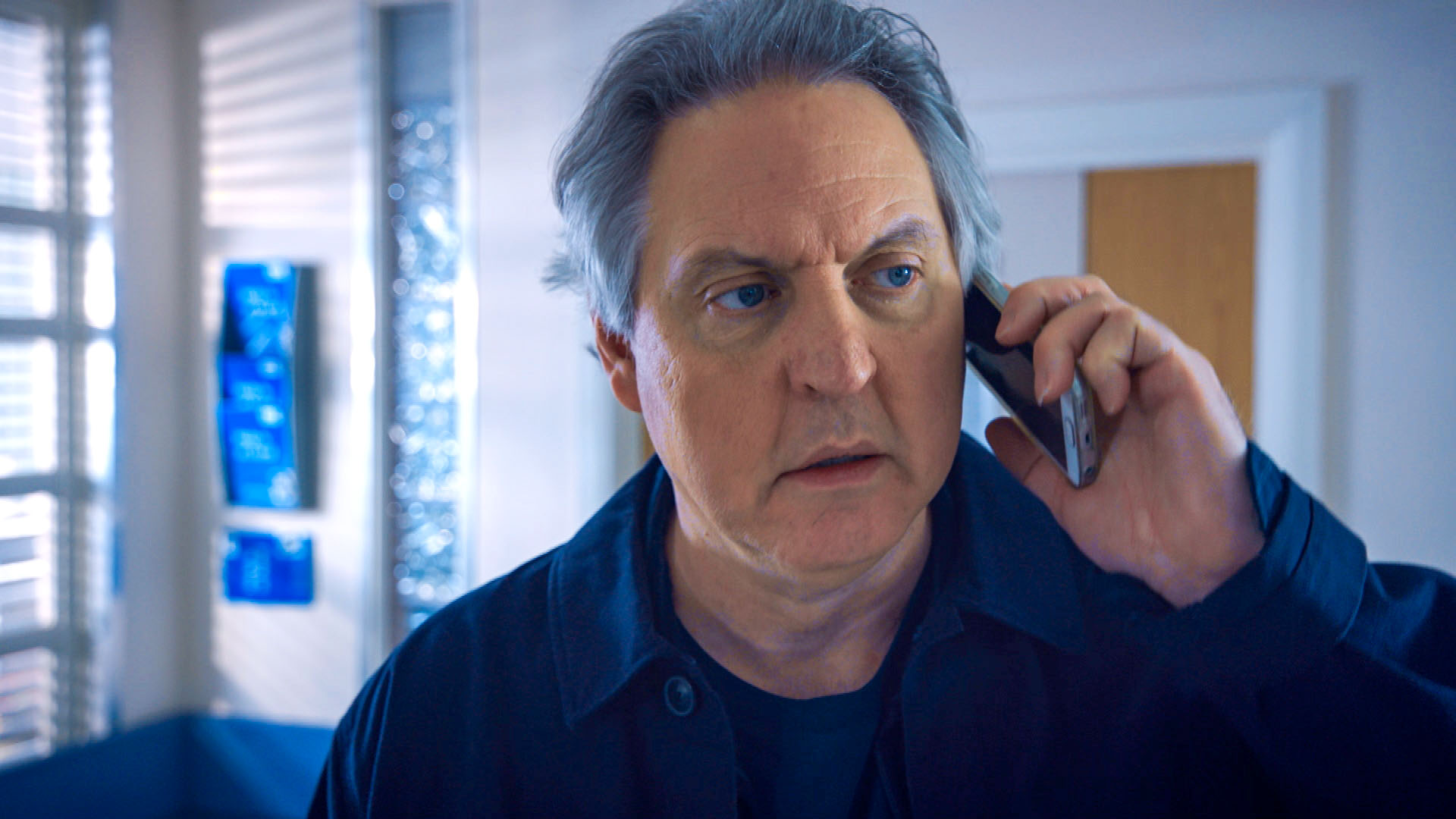 Jodie (Sian Reese-Williams) was back in tonight’s Holby City and where Jodie goes, trouble follows – and in this case, possibly death. We left both Jodie and Dominic Copeland (David Ames) apparently lifeless, after Dominic ran Jodie over and then crashed into a skip, as he drove around the hospital car park looking for her.

Jodie had appeared earlier in the day, apparently genuinely contrite about her previous behaviour towards Sacha (Bob Barrett) and his daughter. And she had a bombshell to drop – she was pregnant. Sacha was understandably immediately suspicious about this news, so Jodie told him to confirm it with a scan. At first he couldn’t find anything: ‘There’s no heartbeat, there’s no baby,’ he told her. But there was.

Sacha had called the police as soon as Jodie arrived, which was a wise decision considering how handy she can be with poison. But in the light of this new information, he sent the police away. He did tell Lucky Simpson (Vineeta Rishi) what was going on, as she’d happened to waft by to check on him. When Lucky walked into the room Jodie was furious.

She thought Sacha had betrayed her and that they would try to take her baby away. She managed to escape while Sacha was busy in the operating theatre and Lucky was distracted.

And that was when Dominic volunteered to have a drive around to see if he could find her, and where we left him – behind the wheel of his car, unconscious. Has Jodie inadvertently finally claimed her first victim? And what about Jodie herself?

Meanwhile Sahira Shah (Laila Rouass) had returned from San Diego to take the helm at Darwin now that Jac has gone and Kian (Ramin Karimloo) is on desk duties until he proves to Max (Jo Martin) that he can stay off the drugs. Henrik Hanssen (Guy Henry) was thrilled to have her back, because he’s always had a soft spot for her. Nobody else was that impressed, though. ‘She’s no Jac Naylor,’ Nicky (Belinda Owusu) decided, possibly giving voice to what many of us were thinking. But we must give Sahira a chance.

She proved in theatre that she was still a dab hand with a scalpel and it wasn’t really her fault that her patient died, and the patient’s husband died of a broken heart straight afterwards. Hanssen reassured her that only her top class surgical skills had got the patient through the op in the first place.

On Sahira’s previous stint on Holby there was always a question over exactly what Hanssen’s feelings for her were. We learned this week that she’s getting divorced from her husband Rafi, so if there was ever a moment for a Hanssen romance I reckon it’s now.

There was a lovely new nurse, Kylie (Amy Murphy) on AAU this week, but the lads – Cameron (Nic Jackman) and Josh (Trieve Blackwood-Cambridge), anyway – didn’t think she would last an entire shift. This was mainly because she fainted at the sight of her own blood, though she said it was just her own blood that was a problem. ‘Carnage in surgery? Not a bother.’

This is a skill that will come in handy, as will her nursing instincts as she correctly worked out that her patient had a more serious problem than Jeong-Soo (Chan Woo Lim) had at first assumed. Kylie is funny, down to earth and smart, managing to relieve Josh of the £20 he’d bet on her not staying. She’s going to be a great addition to the team.

Sue Haasler is the author of five novels and the official BBC Holby City book, which you can read about here.