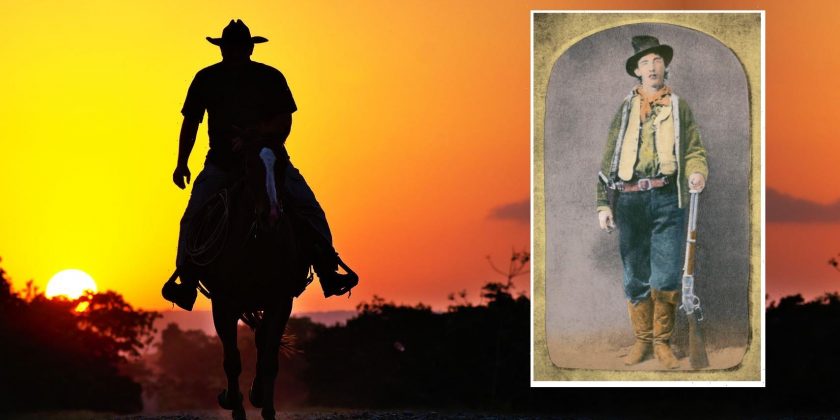 William H. Bonney, more commonly known as Billy The Kid, was America’s biggest fiend back in the Wild West. Billy’s nefarious acts as an outlaw have made him infamous in American lure.

His lifetime of tyranny came to an end on July 14, 1881, when a sheriff named Pat Garrett fatally shot him in his New Mexico hideout. Now, almost 140 years later, the same gun that put down the fugitive will be auctioned off with bids staring at $2 million.

Bonhams, the auction house in which the gun will be sold, toots the sough after item as an “iconic piece of history from one of the most important events of the early west.” The listing also describes the gun as the most desired and well document Western firearm ever known.

The 44-40 caliber, Colt Army revolver is expected to bid higher than founding father George Washington’s saddle pistol, which sold for $2 million back in 2006.

The Kid met his maker at Pete Maxwell’s ranch, where he’d been hiding from the law since his prison escape of April 1881. Garrett just so happened to be peddling through Maxwell’s bedroom when Billy went up for some food.

Within the dark bedroom, Billy was reluctant to fire his pistol, not knowing whether it was Maxwell in the room with him or an intruder. Garrett saw his opportunity and landed a shot to the fugitive in the chest, ending his life.

According to the Daily Mail, the pistol was given to Garrett’s wife after his passing until making its way to artifact collectors Jim and Theresa Earle in 1983. Their vast time capsule of Wild West firearms and antics is now being sold after the death of Jim Earle in 2019.

The iconic gun will be available for viewing from August 27th as part of Bonhams’ “Early West” collection. Other items featured in the collection include a number of other firearms owned by Garret, an American civil war drum, and several pieces of memorabilia that embody the historic Wild West.

Another notable piece that’s up for grabs is a shotgun Billy The Kid stole from the Lincoln County Courthouse on April 28, 1881 – just months before his death. He and the rest of his gang had been rounded up and captured at Stinking Springs. They were taken to the courthouse, where Billy was sentenced to be hung for his crimes.

During his escape the twenty one year old took the firearm from Deputy Bob Olinger and used his own gun against him. The gun is expected sell anywhere from $200 thousand to $300 thousand.