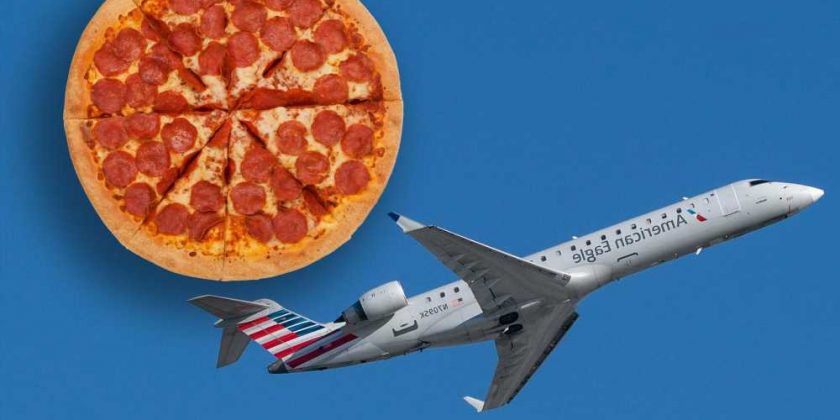 Domino’s customer points gun at workers because he couldn’t get toppings on the side: report

An American Airlines pilot made a flight delay easier to swallow after buying pizza for every passenger on the plane.

To circumvent the tumultuous weather, the Embraer ERJ-175 was forced to land in Charleston, where it spent a mind-numbing hour and 22 minutes on the runway.

Fortunately, the understanding pilot managed to “slice” through their cabin fever — by ordering pizza for everyone on board. The flight finally touched down in Charlotte a staggering six hours after the initial takeoff from Key West.

“We’re incredibly proud of the American Airlines team and our regional partners – including Republic’s crew members – who take great care of our customers every day,” said American Airlines.

This isn’t the first time a flight captain has given stranded passengers some pizza mind. An Air Canada pilot saved the day in 2019 after ordering 23 cheese and pepperoni pizzas for travelers stuck aboard a diverted Airbus A320.