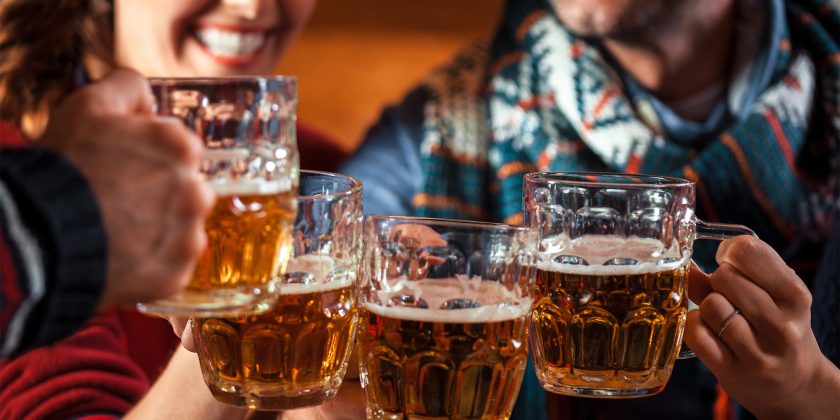 Do you have the urge to get tipsy in the wintertime? You’re not alone.

“It’s something that everyone assumed for decades, but no one has scientifically demonstrated it,” Ramon Bataller, a professor of medicine at the University of Pittsburgh, wrote in a press release. “Why do people in Russia drink so much? Why in Wisconsin? Everybody assumes that’s because it’s cold. But we couldn’t find a single paper linking climate to alcohol intake or alcoholic cirrhosis.”

Since alcohol is a vasodilator that increases warm blood flow in the skin, the findings suggested that people reach for booze when it’s cold outside to keep toasty.

Researchers combed through data from the World Health Organization and the World Meteorological Organization to compare climate factors and alcohol consumption per capita.

The study also found that as temperatures and sunlight hours decrease, alcohol consumption goes up, along with binge drinking. Shorter hours of sunlight and cooler temperatures also relate to higher rates of depression, which is linked to an increase in drinking.

“Let’s just say, I will never be out of work in this state because of the alcohol consumption in this (area),” Bataller told the Pittsburg Tribune-Review. “We have a lot of patients, a lot of young patients, younger and younger, with alcoholic cirrhosis, alcoholic hepatitis. It’s an epidemic in America.”

The professor hopes this data will help influence health policies on alcohol abuse.

“Knowing that colder places have more drink-related problems could be helpful to the efforts in these areas to determine better policies,” he said. “If you have a genetic predisposition to alcohol abuse, maybe you should avoid super cold areas.”