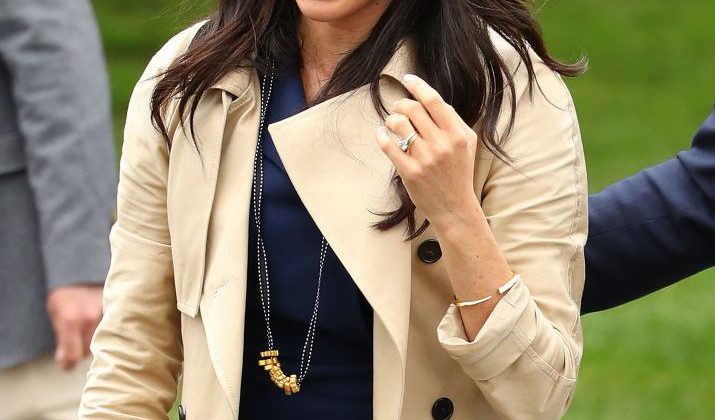 Since bursting onto the scene as Prince Harry’s main squeeze, royal watchers have been obsessed with what Meghan Markle wears. The Duchess of Sussex has become a pillar for fashion and everyone wants to copy her style. From the jeans she’s sported at the Invictus Games to the jewelry she wears at royal engagements, Meghan’s ensembles have been mimicked by many.

Now, the popular royal is adding another trend to her fashion arsenal. And it wouldn’t surprise us if her loyal followers jump on it.

What trend has Meghan been rocking?

Elle Magazine tells us Meghan Markle took to wearing sustainable clothing while she and Prince Harry were on their royal tour of the South Pacific. But these weren’t fancy, never-before-heard-of brands the duchess was sporting. Meghan’s wardrobe was highlighted by clothiers fans are probably already familiar with.

She notably rocked ballet flats by Rothys, which are made from recycled plastic, and dresses by Reformation which the brand proudly promotes being made of sustainable materials.

Has anyone picked up on this trend yet?

Yes — a lot of people are picking up on it.

According to Elle Australian denim brand Outland reportedly saw a whopping 950% sales increase since the duchess wore their jeans on the royal tour. After she was photographed carrying a Cuyana bag, the bag sold out within a day and a waitlist for it in the same color Meghan rocked has topped 1,000.