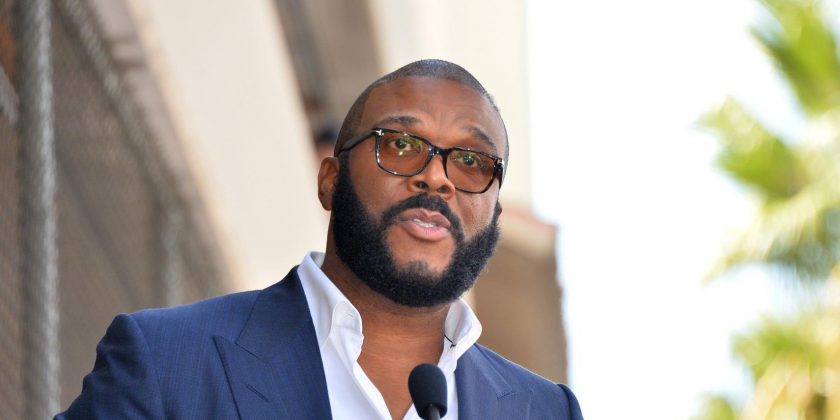 Tyler Perry did not graduate high school because he suffered abuse from family members. After watching an episode of The Oprah Winfrey Show in his early 20s, he was inspired to write and pursue that as a career. Perry wrote a series of letters that became the crux of a musical, earning him a massive fan following. Over the years, Perry has directed, produced, and written his content independently and has also achieved success in television. He struck various lucrative deals that earned him over a hundred million dollars yearly with a net worth of over $800 million.

Tyler Perry earns big through his production studio and movies, and the filmmaker does not hesitate to spend his millions on spoiling himself. Known for his love for luxury and helping people, he spends equal amounts on making extravagant expenses while assisting people worldwide. Let’s look at how Tyler Perry earns and spends his millions.

Tyler Perry acquired 330 acres of land in Atlanta, which once served as an army base. According to the Tyler Perry Studios, it is now one of the largest production facilities in the United States and comes with twelve various sound stages. After spending $260 million on renovations, it is a popular location for various movies. Black Panther and The Walking Dead were filmed in these locations.

Raised in New Orleans, California, Tyler Perry lived in a modest three-bedroom home as a child and purchased his first property in 2001, a chateau in Atlanta, for $62,661. In 2004, he spent $4.3 million on buying a Tuscan-style villa and an additional $18 million on renovations. More recently, he purchased 1,200 acres of land to build a $100 million Atlanta mansion which began construction in 2018.

Tyler Perry took his first step as a filmmaker by approaching Lionsgate with a proposal for funding 50% of his projects so they could divide the returns. With the collaboration, their first movie Diary of a Mad Black Woman released in 2005 on an $11 million budget and grossed $50.6 million. He directed Madea’s Family Reunion in 2006, earning $65 million, and produced 14 Madea movies that made $700 million in total.

While Tyler Perry has many custom-built homes and vehicles, one of his priciest purchases occurred in 2009 when he bought a private island to celebrate his 40th birthday, as noted by Cheat Sheet. The island is named White Bay Cay and spans 25 acres. While it was initially listed for $7 million, the final sale price is unknown. Perry often flits off to the island to write his projects in seclusion.

Best known for his eight-season run of Tyler Perry’s House of Payne until 2012, TBS offered him $200 million for production costs with a 90-episode commitment. Perry only spent $60 million on production and kept the remaining $140 million to himself. His other notable television series was Meet the Browns, aired for two seasons on TBS.

Paramount Media Works founded the BET Network in 1980, called Black Entertainment Television which targets African-American viewers. Perry was given an equity stake in BET+ streaming service, earning him $150 million yearly, as stated by Yahoo Finance. His shows The Oval and Sistas have been the most streamed on its online platform, and Perry enjoys a fruitful relationship with BET.

The owner of a Gulfstream III, it cost him over $125 million to purchase and customize the private jet. The jet has a kitchen, bedroom, living room, and a 42-inch television. Perry has used the plane for various philanthropic causes by delivering important supplies to tragedy-hit countries.

Tyler Perry has achieved unparalleled success after the release of Madea films. In 2006, he published his first book, Don’t Make a Black Woman Take Off Her Earrings: Madea’s Uninhibited Commentaries on Love and Life based on the same, which was on the No.1 spot on the New York Times non-fiction bestseller list. In 2017, he released a collection of his teachings and experiences in the book Higher is Waiting.

Coming from a background where it was difficult to make ends meet, Tyler Perry knows the importance of giving back to the people and his community. In 2009, he donated $1 million to the National Association for the Advancement of Colored People civil rights organization. As mentioned by E Online, he pledged $1 million during the earthquake in Haiti and paid a $21,000 tip at an Atlanta restaurant during the pandemic.

Tyler Perry has come a long way from his humble beginnings in New Orleans and worked hard throughout his life to achieve the level of fame he has today. He has been a constant inspiration for budding filmmakers, and his brilliant business decisions have helped boost his net worth. Tyler Perry was recently seen promoting his newest project, A Jazzman’s Blues.

READ NEXT: The 10 Highest-Grossing Movies Of Sarah Jessica Parker, Ranked