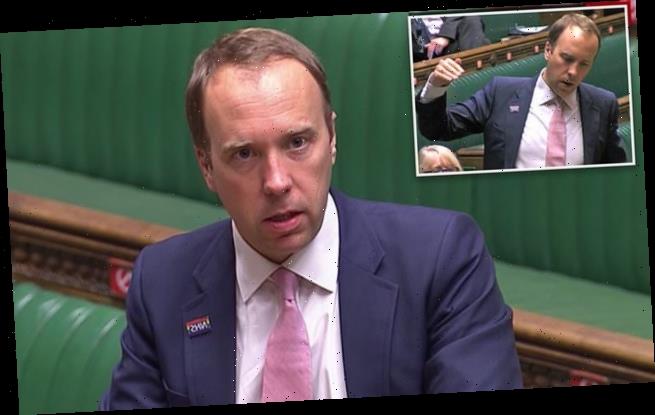 Whenever Matt Hancock now comes to the chamber, there is a contest among MPs to see who can heap the most ridicule on his much vaunted test-and-trace system.

Like golfers on a tee box competing to hit the longest drive, each wait their turn to recount the latest cock-up in their constituency.

Some tell of voters being advised to drive the entire length of the country to visit a centre. Others, of people queueing for five hours before being turned away empty-handed.

The winner of yesterday’s trophy was Lib Dem Munira Wilson, who regaled members of how someone in her Twickenham constituency had been struggling to get an appointment via the NHS website.

Mrs Wilson was happy to announce that they eventually succeeded. But only after they were advised to pretend their postcode was in Aberdeen. 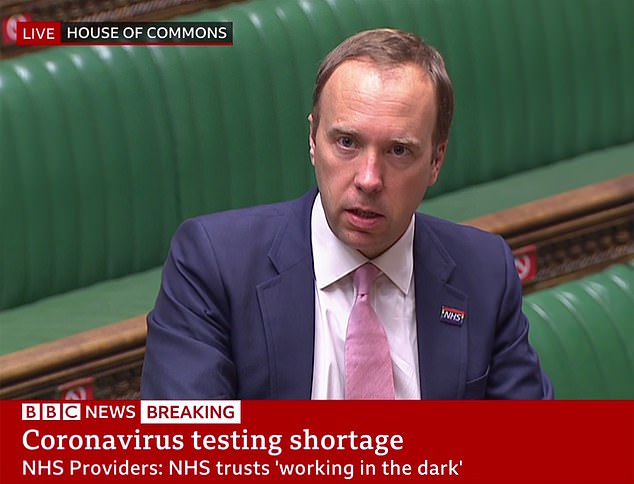 Whenever Matt Hancock now comes to the chamber, there is a contest among MPs to see who can heap the most ridicule on his much vaunted test-and-trace system

Mr Hancock reacted to these tales in his usual springy way.

He clicked his brogues and reeled off figures of those who had successfully obtained tests.

He boasted of the average distance most have to travel and explained it really isn’t all that bad. Occasionally, he admitted to ‘challenges’ but laid the blame on a rise in demand.

In the Speaker’s chair sat the avuncular figure of Sir Lindsay Hoyle. Sir Lindsay had taken the unusual step yesterday of turning to Twitter to describe the Government’s testing programme as ‘completely unacceptable’.

It was noticeable that on more than one occasion he greeted Hancock’s boisterous claims with a sceptical squint.

Labour’s health spokesman Jon Ashworth accused Hancock of ‘losing control’ of the virus. ‘We are at a perilous moment,’ he warned.

Yet while Mr Ashworth tends to get himself worked up at the dispatch box, secretly he and Hancock seem to get on pretty well. They certainly chat amiably enough when the cameras aren’t rolling.

Hancock is far jumpier when Jeremy Hunt is on his feet. Partly because Mr Hunt likes to bowl him the odd bouncer. Partly also because Mr Hunt wouldn’t mind another crack at his old job.

Hunt reminded Hancock that he’d promised him he would get the testing issues sorted by next week. Was he on course? Hancock said the problem would be solved ‘in a matter of weeks’. So no.

And so Chris Bryant (Lab, Rhondda) advised Hancock to rein in the bluster. ‘There is a danger,’ he warned, ‘people will simply say, “We can’t trust you any more”.’ 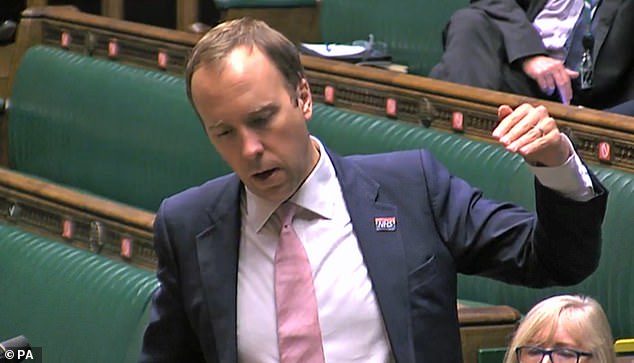 Hancock is far jumpier when Jeremy Hunt is on his feet. Partly because Mr Hunt likes to bowl him the odd bouncer

Bryant, who can be a snarler at times, seemed to be trying to strike a genuinely conciliatory tone. The rest of the Labour benches weren’t so generous. ‘It’s a bloody mess,’ shouted Wes Streeting (Lab, Ilford N).

On the Government benches, MPs were still grumbling about the ‘Rule of Six’ regulations. Huw Merriman (Bexhill & Battle) asked why two families of five could play football together but were forbidden from meeting in a social context.

Stephen Crabb (Preseli Pembrokeshire) suggested the Government should follow Scotland and Wales and exempt children from the restrictions.

Make no mistake: Tory backbenchers are furious about the threat it poses to their civil liberties. Grandees Sir Desmond Swayne (New Forest W) and Sir Edward Leigh (Gainsborough) have been gnashing their molars about it for weeks.

Yet it was Labour’s John Spellar who made the best intervention of the session, reminding the House it was quite possible we were going to have to live with this virus for years. Of the Government’s recent heavy-handedness, he spoke of the need to transit from ‘active risk avoidance to prudent risk management’. Hancock said controlling the virus was more important.

Rarely do Hancock’s opponents get on top of him in these bouts, however deep in the shtook he is.

He’s a steely character. But he needs to knuckle down on this testing business. Too often he behaves like a talented undergrad relying on a short essay extension when everyone knows he’s hardly even started. The blackberries are shrivelling and the nights fading.

Winter’s coming and things are only going to get worse.