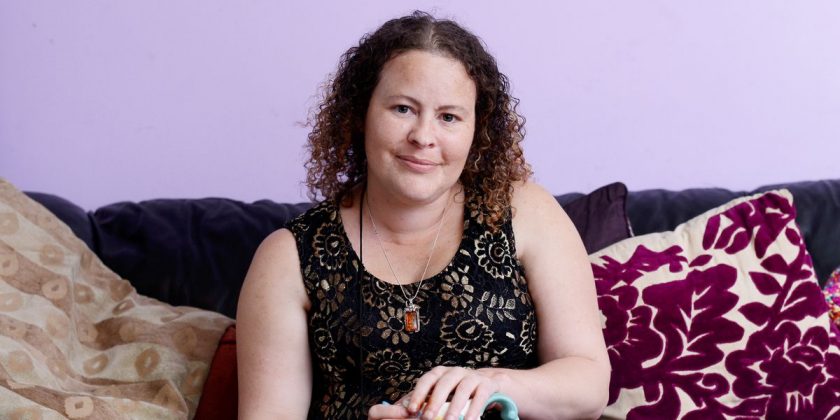 A woman and childhood cancer campaigner who battled the disease for more than 30 years has died.

Carla Riley-Wood, 40, was diagnosed with cancer at the age of seven, spending most of her childhood at hospital appointments, gruelling chemotherapy sessions, operations and in long spouts of recovery.

After years of campaigning to raise awareness for childhood cancer, Carla became a well-known and much-loved figure in her hometown of Plymouth.

An outpouring of love for Carla Riley-Wood has been shared across social media at the news of her death, reports Plymouth Live.

She has been described as "brave", "inspirational" and someone who made a "huge impact in this world".

In September 2017, Carla told Plymouth Live that she and her children were having to face the fact her well-fought fight with the disease was coming to an end.

Treatment she received as a child caused irreparable damage to her lungs and, while she did not yet know how long she had left, doctors told her she was dying.

Her battle began when doctors discovered she had cancer in her thigh bone, which was eventually replaced with a metal bar.

She was given the all clear when she was eight but a few years later she was back in hospital and had to have her leg removed.

Community page Love Plymouth wrote: "We are sorry to hear and read that a kind, brave, inspirational and advocate for children’s cancer has finished her fight.

"The amazing Carla Antonia Riley-Wood touched so many with her incredible story of survival, determination and her life and struggle after many treatments for her childhood cancer.

"Carla had set up and run so many charity events throughout the City with her own charity Bring on the Smiles (BOTS) with all the money going to Children’s cancer services and ward at Derriford."

Jay Sellman added: "R.I.P Carla, such a warm, beautiful, wonderful Angel taken from us all after her long repeated battles with Cancer, will always be in our hearts till we see u again, love Jay & Dom."

Nikki Street wrote: "Rest now sweetie you will aleays (sic) be missed you made a huge impact in this world and helped so many now its time to be at peace xx love and hugs to your family xx".

Hugs from Henry also took to Facebook to remember Carla.

They wrote: "Last week I heard the devastating news that childhood cancer survivor, advocate and fundraiser Carla Antonia Riley-Wood had passed away.

"Carla, was an inspiration to us all and even though her health limited her she powered on to make a difference.

"When Henry was diagnosed and we launched his appeal, she messaged me her support and told me about her own journey at Henrys age. A young girl given an awful diagnosis of bone cancer, who battled hard and eventually lost her leg to the disease. Treatments caused many problems including a debilitating lung condition which caused her to need home oxygen.

"We met Carla on many occasions and her sure determination to make a difference was felt by the whole of our community, she simply wanted to ensure that more was done to support families with childhood cancer and that research was done to change treatments.

"In March 2014, Carla posted the image below… “I want to inspire people. I want someone to look at me and say because of you I didn’t give up”… Well Carla I can safely say that you inspired many of us and at times when I myself wanted to quit and run away you were there.

"Fly high pain free Carla, You really will be missed!"

Loved ones of Carla told how she always tried to stay positive throughout her battle with caner – and last year made a video sharing her story to help raise awareness of the long-term effects of the disease.

Speaking in the video about her journey, she said: "I lost my leg when I was ten," she said.

"I was allergic to the metal and they had to amputate it.

“At that point I thought I had gotten over it. Everything was brilliant.

“I could do the things my friends were doing. I could climb trees again, even though I only had one leg."

But things weren’t so straightforward and four years later the cancer returned.

This time it was in her left lung and she had to undergo further surgery and chemotherapy.

She said: “I’ve have had three years of chemo in total. It was at that point that I knew I was never getting away from cancer.”