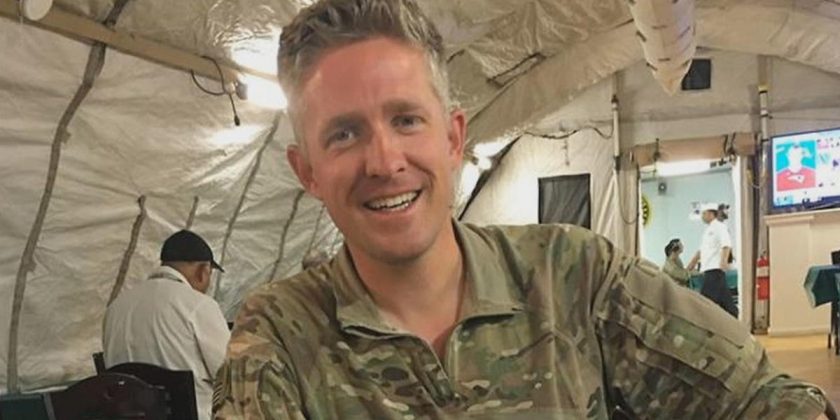 OGDEN, Utah — A Utah mayor killed while serving in the National Guard in Afghanistan had “loved the Afghan people” and was a man of conviction, confidence and compassion, family and military leaders said at a public funeral Saturday. Brent Taylor, 39, was killed Nov. 3 in an attack by one of the Afghan commandos he was training, military officials said.

Taylor was a deeply patriotic man who was committed to training commandos as part of an effort to build the capacity of the Afghan national army, Utah Army National Guard Maj. Gen. Jefferson Burton said at the service inside an events center in the northern Utah city of Ogden.

“He was completely committed to going and doing this job,” Burton said. “He truly loved the Afghan people and wanted to help them so they could build capacity in themselves and as a nation to be able to stand on their own.”

Taylor’s casket was draped in an American flag and sat in front of a stage where his father, a local leader with The Church of Jesus Christ of Latter-day Saints, led the services. 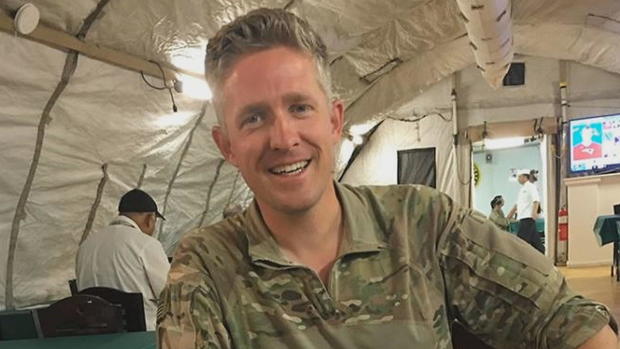 The choir sang “America the Beautiful” as the opening hymn and “Born to be a Soldier” to close in a nod to the service’s focus on Taylor’s love of country and commitment to sacrifice.

His wife, Jennie, didn’t speak but has previously said the family felt “heartache but no regret” because Taylor was trying to bring freedom to others.

“This is an opportunity for Americans to pause and reflect on how blessed we are, how fortunate we are and the little things we take for granted and remember what matters most,” Jennie Taylor said.

Jennie Taylor said the popular saying “freedom isn’t free” might be cliche, but for her, it rings true.

“Freedom isn’t free but it’s worth it and i hope that everyone who hears of this story, or has a fallen soldier, that all of us can feel we are part of something so much more,” Jennie Taylor told KUTV. “My biggest message, I think Brent’s biggest message, is we all try and do our part. Some gave all but all could give some.”

Besides his wife, Taylor leaves behind their seven children, ranging from 11 months to 13 years old.

The memorial service capped off several days of events to honor Taylor.

Hundreds of soldiers saluted Taylor’s flag-covered casket Wednesday as his remains returned to a National Guard base in Salt Lake City. A couple hundred motorcycle riders carrying American flags followed the hearse north to Taylor’s hometown of North Ogden in a procession.

On Friday, a National Guard member stood guard over his casket during an all-night vigil at a mortuary. 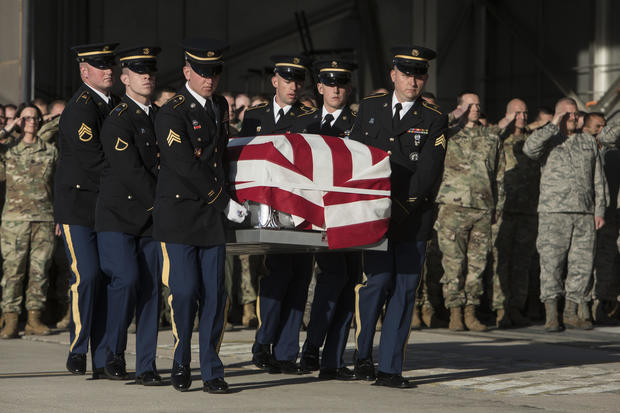 Taylor had taken yearlong leave of absence as the mayor of North Ogden to go on his second tour to Afghanistan. Taylor, a military intelligence officer with Joint Force Headquarters, also had served two tours in Iraq.

Younger brother Derek Taylor said Brent had a knack for bridging gaps and finding resolutions among people with different views – a talent he developed at the family home where fights and disagreements were frequent. He said his brother always ended their phone conversations with “Love ya, Derek.”

He said his brother was blessed with “three Cs,” – commitment, confidence and compassion – and those were the driving force behind everything he accomplished.

“As a brother, Brent was as good as they come,” Derek Taylor said. “He was the best of all of us.”

Toby Mileski, a friend and former mayor of Pleasant View, a town neighboring North Ogden, remembered Taylor for his love of eating, his penchant for always running late and his good sense of humor.

“We were always laughing – always – and that’s one thing I’m really going to miss,” Mileski said, later adding, “Jennie, kids, your dad was a warrior, a patriot and a super person. I am honored and blessed have been able to call him my best friend.”