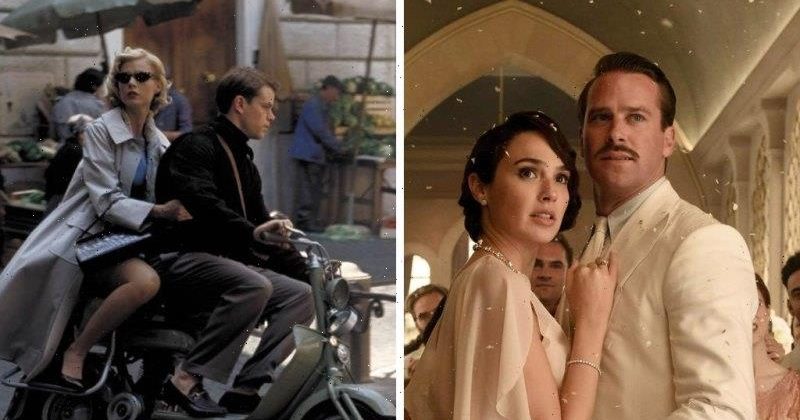 You meet a charming man in an expensive suit while you’re visiting Rome: his name is Dickie Greenleaf. He tells you he is living off the proceeds of a trust fund and after spending the day walking and talking around the city, he offers to take you to the opera. You can’t believe your luck.

Before the opera begins that night, you reach for your phone. “Let’s take a selfie,” you say. He reluctantly agrees. You think you will add him on Instagram, to tag him in your post. When you search Dickie Greenleaf, you find another profile, with photos of a man with a similar watch and an identical suit. 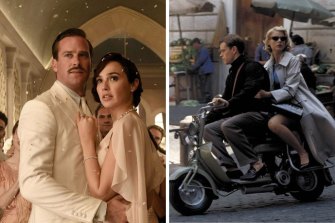 Neither Simon Doyle (Armie Hammer with Gal Gadot) nor Tom Ripley (Matt Damon with Gwyneth Paltrow) could avoid detection for so long in the modern era.

As the opera begins, and the lights dim, you excuse yourself to use the bathroom. You message the photo to a friend with a screenshot of the Instagram profile and explain the situation: Is this legit? you ask. Your friend does a little snooping online herself. She tells you Dickie Greenleaf is missing, presumed dead. She posts the photos on Twitter, tagging the Italian police. A journalist shares the images. Someone comments: “OMG, that’s Tom Ripley! I know him. He’s a whacko.” You share your location with all your contacts. Within half an hour an untalented Mr Ripley is arrested. It’s a very different ending to the one we know.

Patricia Highsmith’s The Talented Mr Ripley is not the only classic novel that would be radically changed if set in the year 2022. Think of your most beloved Arthur Conan Doyle and Agatha Christie novel, and place it in a contemporary setting, and you’ll find they all end with someone reaching into their pocket and pulling out their mobile phone.

It’s not just smartphones expediting criminal investigations; according to a recent survey, one in six homes is now monitored by CCTV. Those that aren’t may very well benefit from their neighbours’ cameras, catching perpetrators coming and going, or footage of vehicles on the street. In this way, a classic literary detective would be redundant.

“See, Poirot? Right there on the security recording, Simon goes to Linnet’s cabin with the pistol, he then returns and shoots himself in the leg. The entry point and blood spatter will confirm this; the DNA and fingerprints will match too.”

Even if the police don’t instantly recognise the perpetrator from the CCTV footage, you could always drop it onto one of hundreds of local community noticeboards on Facebook or crime stopper pages on Twitter.

It’s not all doom and gloom for imaginative crime writers; advancing technology opens new pastures for storytelling. The Tinder Swindler revealed that modern Tom Ripleys can exist, and with each generation of crime writers comes a new tranche of opportunities and challenges. It began with the home phone, reliable print matching, the internet and the rise of forensic evidence such as blood pattern analysis and DNA matching in the ’90s and early noughties; then widespread CCTV surveillance, mobile phone tracking, and social media in more recent years.

Now writers must navigate sophisticated AI, police chest cams, face-matching software and ubiquitous CCTV. Crime and sci-fi converge and with each leap forward, greater invention is required from the writer to keep the crime from being solved too quickly. At times, we must find ways to remove the characters’ access to technology without it being contrived. We must find new stories that can’t be derailed by GPS, CCTV or DNA.

Happily, modern-day private investigators have access to tools that are out of reach for the amateur sleuth. They often pay to have access to private databases with personal information – addresses, phone numbers, employment history. Bugging a mark’s car is still possible, especially with things like Apple’s coin-sized AirTag GPS trackers, but PIs more often track someone via social media, or even through their phone (often illegally). 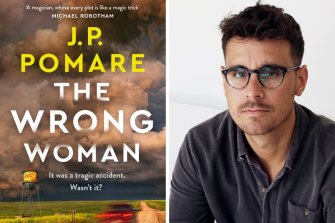 During research for my latest book, The Wrong Woman, I read forums in which PIs exchanged ideas to help investigate their marks. Members often spoke about white/grey hat hacking – a less destructive form of hacking to gain access to private social media accounts, either by paying hackers or phishing for log-in details. Members shared their preferred methods for pretext calls, revealing who they impersonate when they’re seeking to elicit information from the mark or their friends and family. They often have fake social media accounts themselves, which they use to interact online.

Unlike their predecessors in the pages of golden-era detective fiction, modern PIs work covertly. They’re not out solving deviously plotted crimes like Sherlock Holmes or working in conjunction with the police like Poirot. They’re investigating insurance fraud, divorces and adultery, or errant employees for disgruntled corporate bosses.

Who then from the golden age of detective fiction survives in the 21st Century? Poirot always struck me as over the top, with implausible insight. Holmes is only slightly less cartoonish. Roderick Alleyn, created by my New Zealand compatriot Ngaio Marsh, always felt the most contemporary to me. Being a police officer of the time (although not always on the case when solving crimes), he was much more procedural and less instinctive, less canny, less genius (so, more plausible). When I created private investigator Reid for The Wrong Woman, I had this in mind.

Reid believes he has two strengths as an investigator. Firstly, he is completely unremarkable, physically and intellectually. He disappears in a crowd. He’d judge himself as perhaps slightly above average intelligence. 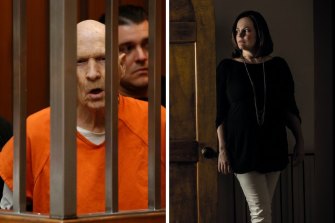 Michelle McNamara died before the Golden State Killer was found, but her profile proved eerily accurate.

Secondly, he will never give up on a case. His appetite for the truth is insatiable. Perhaps this is the one shared trait with those great gumshoes of the past – Poirot, Sherlock, Alleyn, Marlowe, et al – and in that way, some things don’t change after all.

The rise of the amateur sleuth

Crime writers can’t just rely on a dogged gumshoe to solve their cases any more because there’s an army of amateur sleuths – a hivemind of true-crime aficionados, each dedicating thousands of hours to helping solve cases – who might get there first. Across podcasts and chat forums, these people have learnt to think like PIs because they have the ultimate resource in their pocket at all hours of the day. So what can the at-home sleuth learn from some recent resolutions to the question of “whodunnit”?

Michelle McNamara was a writer and internet sleuth who helped to solve one of the most stubborn serial killer cases in US history: the Golden State Killer. McNamara connected with others through her blog and spent years in contact with police and other investigators across several investigative bodies. She found patterns in a series of crimes and was the first to attach all the rapes and murders to one perpetrator.

McNamara died in 2016, two years before a former police officer named Joseph James DeAngelo was jailed for 13 murders, 50 rapes and 120 burglaries, but the profile she had built of the killer ended up being eerily accurate.

Australia’s own Teacher’s Pet podcast brought the cold case of the disappearance of Lynette Dawson back into the public spotlight. Now, after 40 years, Lynette’s husband, Chris Dawson, is awaiting a verdict on his trial for her murder.

The Murder Squad, an American podcast hosted by retired cold case investigator Paul Holes and investigative journalist Billy Jensen, recently proved to be the catalyst in solving a 40-year-old cold case where once again DNA was the hero. Holes and Jensen urge listeners to actively help solve cold cases (“Solving murders with YOU” is their tagline), and in the 1980 case of 21-year-old Helene Pruszynski, they provided details that struck a chord with a listener, who decided to submit her DNA to the GEDmatch database. There was a match and a distant relative of the woman was eventually arrested.

Popular podcasts such as The Murder Squad and Serial have huge communities of listeners, some of whom provide CCTV, DNA, stories or personal experiences about suspects and victims. Police have noted an uptick in tips received for cold cases after they’ve been featured on podcast shows, sometimes leading to arrests. An army of dogged amateur gumshoes obsess over certain cold cases and invent their own language to discuss them.

Crime novels are beginning to realise this potential. Wake, this year’s breakout crime debut by Shelley Burr, includes transcripts from internet forums of true crime junkies trying to solve the cold case upon which the narrative is built.

Of course, citizen sleuths get it wrong too. Consider the infamous case of D B Cooper, an anonymous man who skyjacked a flight from Portland to Seattle in 1971 before demanding a parachute and $US200,000 in cash. He proceeded to jump from the Boeing 727 somewhere over Washington state. It is one of the most iconic unsolved crimes in the US and Cooper has achieved cult-like notoriety: hero to some, villain to the police and FBI, who have failed to catch him.

There is an annual festival in November dedicated to Cooper, and potential Coopers have been harassed by some of the tens of thousands of fans trying to find their man. 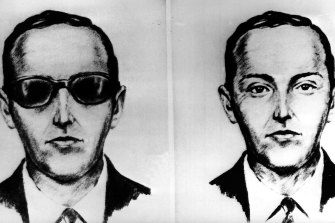 The search for D B Cooper goes on.Credit:AP

This, I suppose, is the issue with citizen sleuths – they’re not always equipped to overcome their biases and achieve the level of investigative objectivity required to view all the information in context. They are prone to developing a sense of certainty before the evidence proves anything.

So, what’s the lesson for amateur sleuths? If you want to help, never engage directly with suspects. Submit tips to police, and share theories with other citizen sleuths. Investigate in person if you like, but don’t be intrusive. Share your DNA, personal experience and CCTV footage if you think it will help. Talk and raise awareness because one day you might find that you’ve helped in a small way to put a killer behind bars.