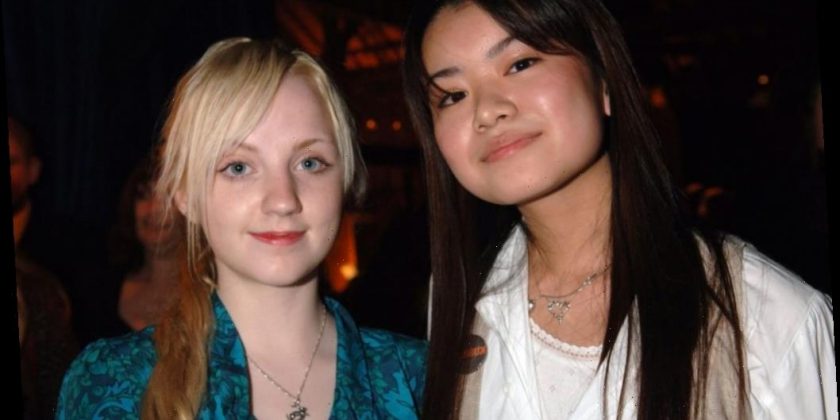 Landing a role in the iconic Harry Potter movies is a big deal for anyone and it should have been a joyous occasion for actress Katie Leung but instead, she experienced intense racism after being cast. Leung remained silent about most of the things she endured for a while. Now, she is revealing what happened to her.

Leung was only 16 when she landed the role of Cho Chang in Harry Potter.

“I was so innocent and naive,” she told Herald Scotland. “I think that allowed me to enjoy the moment of being a teenager, part of this massive franchise and not really having a worry in the world. If I was given the chance to go back and relive it, I would probably try to absorb everything around me a bit more.”

Before she was announced to play the part of Harry’s love interest, someone leaked the news.

“It had got to the papers and then someone secretly took a photo of me,” Leung said on an episode of the Chinese Chippy Girl podcast. “I just broke down. I just started crying.”

“I was like, Googling myself at one point and I was on this website, which was kind of dedicated to the ‘Harry Potter’ fandom, and I remember reading all the comments. It was a lot of racist s—,” she said.

“And then somebody had actually created a website, a hate site — it was like, if you disagree with this casting, then click on this button and then it would just be like a count of how many people disagreed with the casting and you would just see a number,” Leung continued. “I know, it’s awful. It’s so awful.”

Katie Leung was told to hide what was going on

Leung was a teenager at the time and still in school, so she was not used to being in the spotlight. When she tried to go to a publicist for help about the racist attacks, she was told to pretend it wasn’t happening.

“I remember them saying to me, ‘Oh look, Katie, we haven’t seen these websites that people are talking about. And if you get asked, then just say it’s not true. Say it’s not happening,’” she said.

Now, Leung regrets not speaking up.

“Of course, I was grateful. I was really very f*cking grateful that I was in the position I was in,” she said. “But then, yeah … it wasn’t great.”

After Harry Potter, Leung completed two degrees, one in photography and one in drama, appeared in the Channel 4 series Run, and had a stint at the Royal Court Theatre in London doing You for Me for You. She also starred in the BBC show, One Child and the 2017 film, The Foreigner.