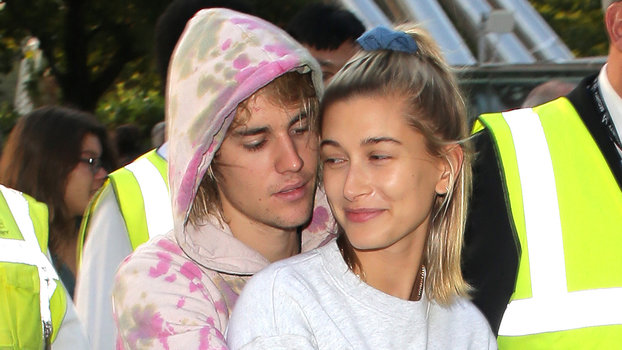 On Friday, the model, 21, changed her Instagram handle to “Hailey Bieber” even including her married last name in her bio. “Hailey Rhode Bieber,” the daughter of Stephen Baldwin wrote.

The Biebers wed in a secret ceremony in September, just two months after the singer, 24, proposed with a custom oval engagement ring on July 7 while in the Bahamas.

The name change comes one day after Hailey was spotted at Levi’s new Time Square Flagship store opening in N.Y.C. on Thursday evening, rocking the brand’s iconic trucker jacket with her new married last name splashed across the back.

The newlywed rocked an oversized sherpa trucker jacket ($168; levis.com) with the name “Bieber” spelled out in varsity letter patches across the back.

Also on Thursday, Justin confirmed their marital status. “My wife is awesome,” he captioned a photo of the pair smiling and holding hands.

Hailey previously spoke about her decision to get married to Justin. “I see no reason to wait. When you know it’s right, it’s right.” she previously told The Cut.

In addition, Baldwin recently filed to register “Hailey Bieber” for the purposes of a clothing line, according to court documents obtained by People. Her maiden name was also registered, along with “HRB3.” The trademarks were filed under her company Rhodedeodato Corp, as first reported by The Blast.

A source told People Bieber‘s decision to take a step back from music following his marriage is proving to be an adjustment for the pop superstar — but not an entirely unpleasant one.

“I wouldn’t say he’s unhappy, but he’s unsettled,” the source said. “He is in love with Hailey and he’s very happy about that. He knows he has achieved so much at a very young age. But I’ve seen this before, he’s left with the feeling of ‘is this all there is?’ ”

The source added, “It’s a very mature thing to do. But of course, there are people who are blaming her as if she is keeping him from working.”

This article originally appeared on People. For more stories like this, visit people.com.