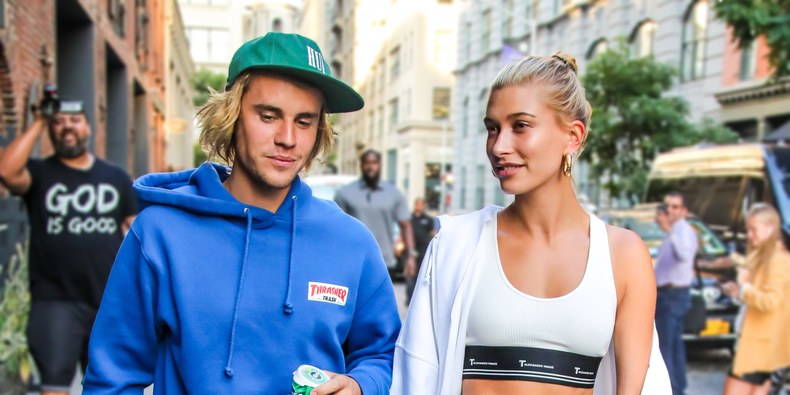 Just yesterday, Justin Bieber amended the caption of a photo of himself and Hailey Baldwin and, in doing so, appeared to answer the era’s most pressing question: Are they married? Baldwin and Bieber, who reconnected earlier this year after splitting up in 2016, have done all the things married couples do, like go to the courthouse to obtain a marriage license, buy property together, and get coordinating couples’ tattoos. At the same time, though, Bieber remained adamant (via People magazine anonymous source) that they wouldn’t truly be married until their lord and savior gave them the go-ahead—that is, until the church service.

So when Bieber referred to Baldwin as “my wife” in his Instagram caption, it seemed to clear up a lot of the confusion around the particulars of his relationship status. But Baldwin has taken it a step further: As of Friday night, she had rebranded her Instagram handle @haileybieber, and she had updated her display name to Hailey Rhode Bieber. Her bio simply reads “Hailey Rhode – IMG Models Worldwide,” seeming to indicate that, from now on, she’ll use her middle name professionally. Real husband-and-wife behavior, if you believe a woman should sacrifice her name for a marriage.

Bieber-née-Baldwin has hinted she was planning to undergo a name change. On October 10, according to The Blast, she filed for a trademark for “HRB3”—apparently for a nascent clothing line—under the name Hailey Bieber, pre-Instagram name change. In a subsequent interview with Elle, Hailey (who we will refer to by her first name from here on out to avoid confusion) hinted she would be open to designing her own clothes “one day in the future,” adding that she’s “pretty in tune with what people my age are wearing and like to wear.”

In the midst of building a new empire with a new name, Hailey is also “encouraging [Bieber] in this season of self-discovery,” according to a source in People magazine. Perhaps the rumored tension over her desire to keep working while he’s taking a break from music will ease when she’s working under his name.