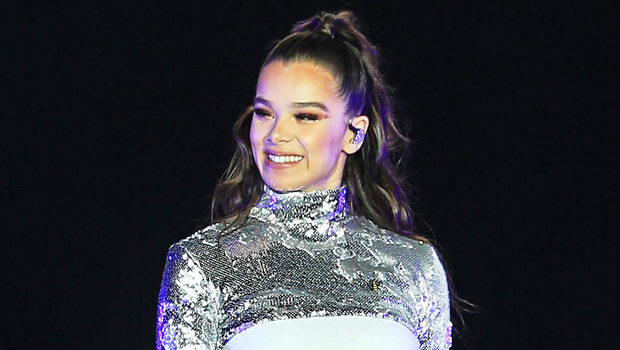 Why should death be the end of love? Hailee Steinfeld thinks that ‘immortality is bliss’ in her hot new song, ‘Afterlife.’

It’s been a while since Hailee Steinfeld has released any music, and the wait for a new track came to an end on Sep. 19. If anyone thought that the Pitch Perfect actress’s music career was dead, she resurrected it with her new song, “Afterlife.” After having fans sing along to the catchy lyrics in her OG hits, “Love Myself” and “Most Girls,” Hailee deviated away from mainstream pop to delve into her more melancholic side for this latest track.

Though, there’s a line in the second verse that is interesting “You put me down, then put me on a pedestal / Now that I’m gone you’re gonna miss me,” she sings. Maybe she doesn’t want this person to find her?

“Afterlife” is a track created for Hailee’s upcoming Apple TV Plus series, Dickinson, a period piece about Emily Dickinson (who Haille portrays) with a modern, comedic twist, according to Variety. “This is a song I’m incredibly proud of, and I feel like after embodying this character, I have a more fearless approach to my writing,” Steinfeld said at the Tribeca TV Festival in New York City. The show is a “crazy psychedelic version of the 1850s,” according to series creator and showrunner Alena Smith.

“It’s this giant weird crazy collage, and the music is this direct root straight into her brain,” Smith added. “With Hailee as our lead, who has a double life, as also a pop star and musician…my hope is that the music will make you feel everything that Emily has trapped inside and wants to burst out.”

“What’s really cool about this show is when you’re watching it, you kind of forget that it’s a period piece,” Hailee added. “Speaking personally as a young female, there definitely are parallels. The pressure that Emily Dickinson is under to feel or act or do certain things, I think women still feel that way. … We hope that people see this and feel seen and feel heard, because that’s exactly what Emily was searching for, to be understood.”