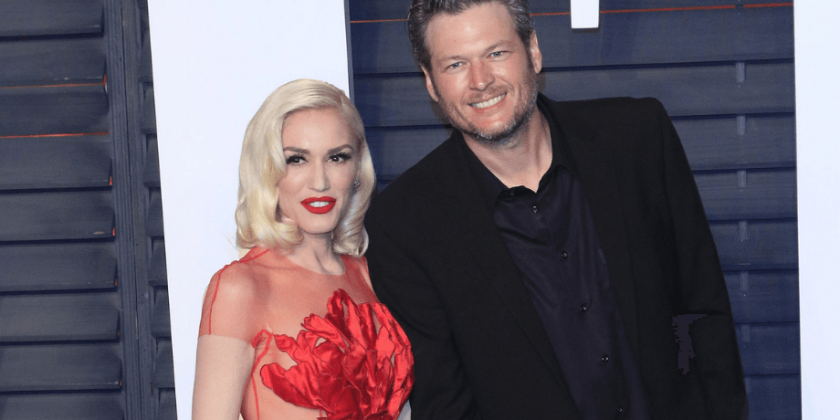 Gwen Stefani and Blake Shelton are facing increased speculation that they plan to have a baby via a surrogate. Hollywood Life recently reported that the couple is “determined” to have a child together. Stefani is already a mother to three boys from her previous marriage to Bush frontman Gavin Rossdale. But Shelton isn’t a dad, not yet anyway.

“Gwen is madly in love with Blake and is open to doing anything to make him feel happy, complete and satisfied — that includes having a child via surrogacy,” the purported insider alleged. “Gwen and Blake have discussed all avenues of growing their family, including adoption, surrogacy, and even traditional pregnancy.”

The “source” goes on to say that the “Hollaback Girl” singer is concerned about her fertility now that she’s 49-years-old, which is presumably why the surrogacy option is allegedly being discussed. Shelton is 42.

But despite Hollywood Life’s purported inside intel, celebrity rumor watchdog Gossip Cop is on the case, and they claim that the story is nothing more than fake news. The site reports that Stefani and Shelton do not have a surrogate, nor are they “determined” to get one so that the country music singer can fulfill his dreams of becoming a dad. This information is based on an interview with Gwen Stefani’s rep.

According to Gossip Cop, there’s also little chance that Hollywood Life would have any credible information about Stefani because the rep revealed that they pretend that the tabloid website, “doesn’t exist.” As the celebrity news fact-checker notes, Hollywood Life does not have a great track record of reporting accurate news about Gwen Stefani and Blake Shelton. The tabloid previously claimed that they were going to have a summer wedding. Time has proven that the story was false.

While it doesn’t look like they have any baby plans right now, Shelton seems to be open to the idea of becoming a father. Earlier this year, he admitted that being around Stefani’s sons made him realize exactly what he’d missed out on.

“At this point in my life, I kind of had put [having kids] as like, ‘Well, that wasn’t meant to be,’” he said, during a chat on the Today Show, as reported by the Daily Mail. “Then all of a sudden it happens one way or another and it’s like, ‘Wow, I missed out on a lot.’”