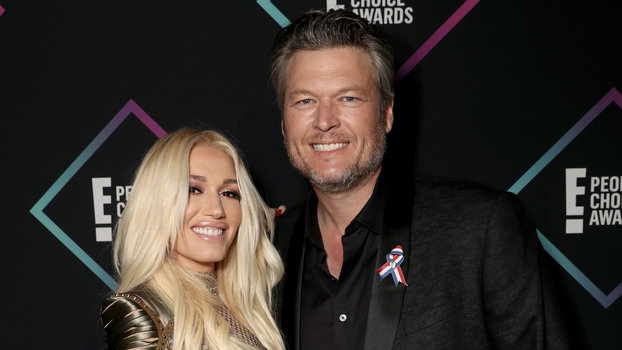 Blake Shelton and Gwen Stefani‘s relationship is stronger than ever.

Three years after news first broke that the couple were dating, a source tells People exclusively the entertainers are actively planning for a long-term future together.

“They’re still madly in love and beyond inseparable,” says the source. “Blake has wanted to take his time with marriage, but he is absolutely committed to Gwen. They both feel they’ve found their true partner in life and plan to be together forever.”

The country star, 42, often crows about his rocker girlfriend, 49, and it’s not just for show.

“He still thinks he is so lucky that she wants to be with him and thinks she is the most beautiful woman in the world,” adds the source.

With packed work schedules between The Voice and Stefani’s Las Vegas residency, the couple also remain “very supportive” of each other “both personally and professionally,” says the source.

Earlier this month, Shelton pulled his girlfriend onstage when he and Voice host Carson Daly picked up the award for the competition show at the 2018 People’s Choice Awards in Santa Monica.

“All-time favorite coach, right there, Gwen Stefani. I love her,” Shelton said, pointing at the singer before Daly piped in, “You wanna come up? Come up and say a few [words]. Come on up!”

“Who would’ve thought that this country artist could land one of my oldest friends in the music business?” Daly said as Stefani and Shelton laughed.

“Oh my God, I’m so excited to be with Blake Shelton!” Stefani raved when Daly asked her to say something.

RELATED: Did Gwen Stefani and Blake Shelton Allude to an Infamous Affair in their New Music Video?

Ducking away to Shelton’s Tishomingo ranch for holidays and quick getaways, the “You Make It Feel Like Christmas” singers — who are releasing their music video for the holiday tune on Tuesday — also enjoy plenty of time together with Stefani’s kids Kingston, 12, Zuma, 10, and Apollo, 4.

Says the source: “Blake treats Gwen’s kids like they’re his own. They just glow when they’re together.”