Briana explains to Tee Tee why she got arrested in this EXCLUSIVE preview of the all-new ‘Growing Up Hip Hop.’ Briana admits that she answered her door with a machete!

Briana Latrise hops on a call with Tee Tee Francis to reveal all the drama that’s going on in her life. “I got arrested in my home,” Briana reveals in this EXCLUSIVE preview of the February 17 episode of Growing Up Hip Hop. Briana admits that this stems from a woman who she claims “legally stole my car.”

Briana explains to Tee Tee what happened on the night she was arrested. “With the arrest, what happened was I was having this really dope conversation about polyamory on my live,” Briana says. “And the woman had brought the police to my house. They knocked on the door. I said, ‘Who is it?’ And no one responded. They knocked again. I said, ‘Who is it?’ No one responded. So, of course, now I’ve got my weapon, and I walked over to the door with my machete, which is not a surprise.” 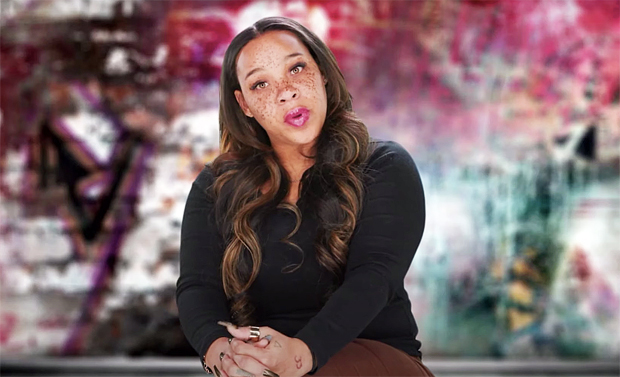 Briana opened the door and saw the police “with their gun pointed at my chest.” At the time, Briana was still going live on Instagram. Briana says the police “snatched me out of my house in my underwear and took me to jail for brandishing a weapon.”

The police then took Briana to jail. “First of all, it took them like two hours to figure out what to charge me with because I hadn’t committed a crime,” Briana adds. The woman involved in Briana’s arrest told the police that Briana stole her car because the woman’s name is on it.

Briana reveals that she was helping this woman build her credit. At the same time, the woman was helping Briana out by lessening her down payment because she wanted a “very expensive” car that her business credit couldn’t afford. 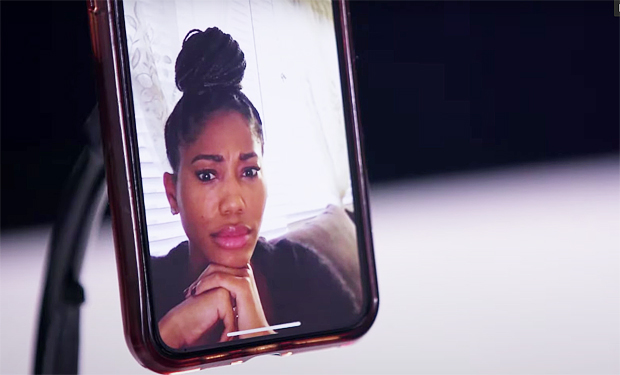 The synopsis for the February 17 episode reads: “Briana’s arrest spirals into a traumatic breakdown. Egypt’s family crisis leads her to reach out to Tee Tee. Twist is under Young Money pressure when her returns to the stage for a big performance. JoJo and Tanice’s marriage struggle gets real.” Growing Up Hip Hop airs Thursdays at 9 p.m. on WE tv.