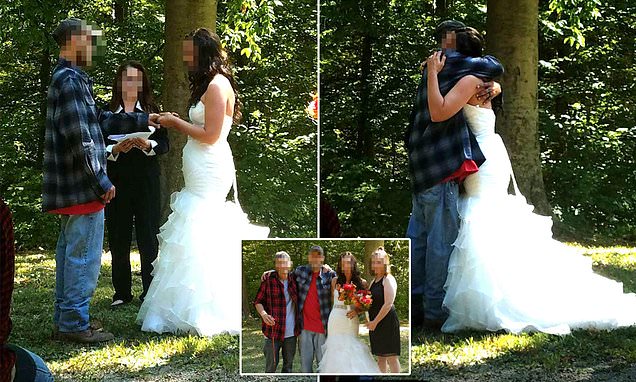 ‘His jeans have grass stains!’ Grubby groom is slammed online for showing up to his wedding in a baggy flannel and dirty denim – while his bride was decked out in a fancy gown

A groom is being bashed online for wearing jeans with grass stains to his wedding — when his bride was decked out in a full-length gown.

Reddit user imconfused23 first shared the photos on Reddit in 2017, writing: ‘Not exactly a shotgun wedding but…’ Three years later, the images have resurfaced online, and so has the criticism.

In one photo, the bride can be seen putting a ring on her soon-to-be husband’s finger, but it is his unusual choice of outfit that stands out. 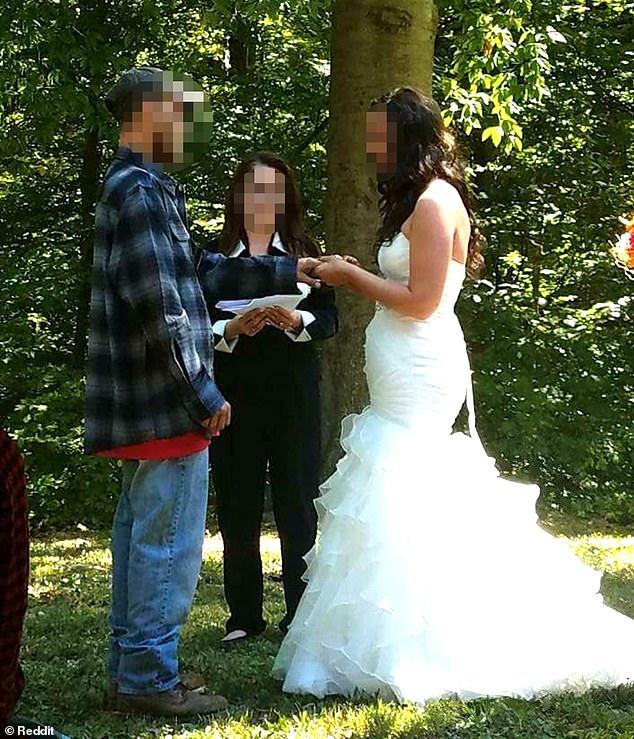 Mismatched: A groom is being slammed online for getting married in a flannel shirt and dirty jeans when his bride was dressed up in a full-length gown 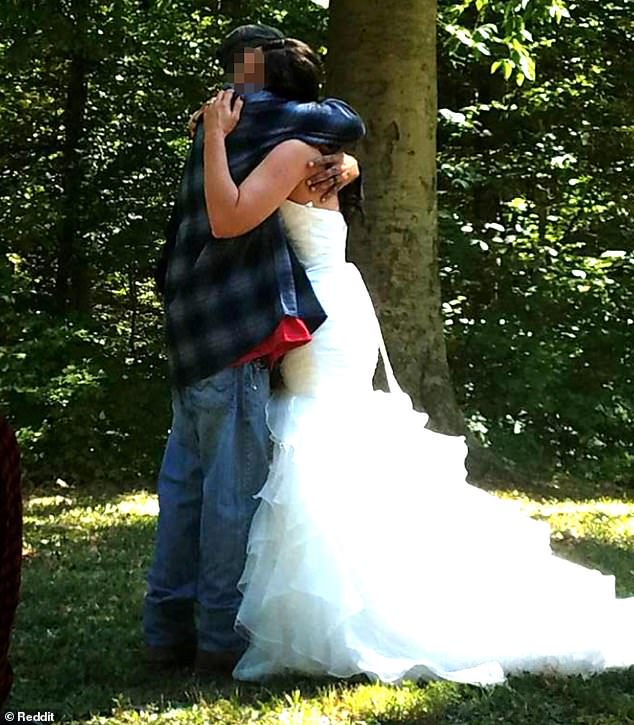 They seem happy: Pictures from the couple’s outdoor wedding show him wearing a baggy flannel over a red T-shirt, grass-stained jeans, a baseball cap, and boots 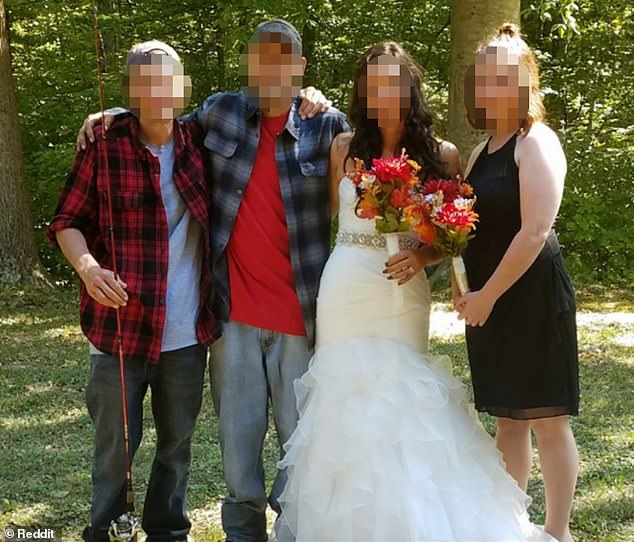 Opposites attract? the two were on completely opposite pages when it came to their wedding attire — and so were their guests

The groom is wearing a baggy flannel over a red T-shirt, dirty jeans, a baseball cap, and boots to exchange vows with his ladylove.

The bride, on the other hand, has on a white strapless gown with a ruffled mermaid hem. Her long dark hair is perfectly coifed, giving the appearance that she took hours to get ready for her big day.

A second image from the outdoor wedding shows the groom with a fishing pole tucked under his arm as he holds hands with his wife-to-be.

It looks like the two were on completely opposite pages when it came to their wedding attire — and so were their guests.

In one picture, the couple appears to be flanked by his best man and her maid of honor. While the woman has on an elegant black dress, the man is dressed like the groom in a flannel and jeans.

For whatever reason, he is also posing with a fishing pole, which is a sharp juxtaposition to the bouquet of flowers in the bride’s hands.

Critics didn’t hold back when commenting on the post, with one person writing: ‘He looks like he was just walking by and got grabbed to get married.’

‘He didn’t even have time to put on a clean pair of jeans,’ another griped.

‘I wonder if she’s disappointed that she got all done up and he doesn’t give a f**k or if she expected it,’ someone else commented.

‘Daddy loaned him his cleanest flannel. How sweet!’ one Reddit user sarcastically wrote.

Many of the comments mocked the groom’s appearance, but a few people thought the critics were being too harsh.

‘His wedding jeans have grass stains but there is something inspiring about his don’t give a f**k attitude,’ someone else commented.