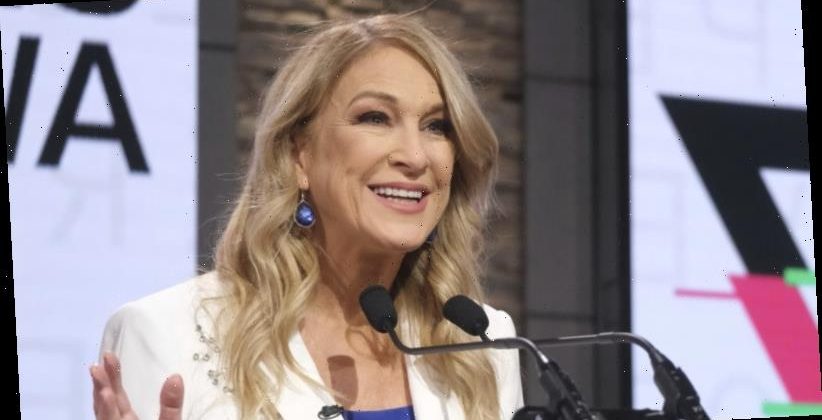 Deborah Dugan, the suspended chief of the Recording Academy, the organisation behind the Grammy Awards, said in a complaint to the Equal Employment Opportunity Commission on Tuesday that she had been removed as retaliation for uncovering a range of misconduct at the academy, including sexual harassment, improper voting procedures and conflicts of interest among academy board members. 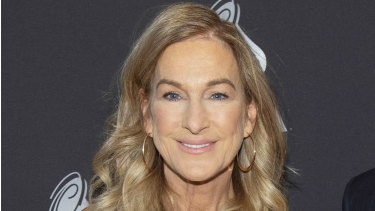 Deborah Dugan has lodged a complaint to the Equal Employment Opportunity Commission.Credit:Invision

Dugan's 44-page complaint details her clash with a number of powerful men at the academy during her tenure of just five months. But her accusations also represent an indictment of the academy itself, which has struggled to reform its reputation after coming under harsh criticism for its poor record recognising women and people of colour in the major categories.

The document, filed with the EEOC's Los Angeles office and technically called a charge of discrimination, alleges that Dugan's predecessor, Neil Portnow, had been accused of rape by an artist, and that the academy's board had been asked to approve a bonus for him even though all its members had not been told about the accusation. The complaint has little detail about the accusation, but said that a psychiatrist had said that the encounter was "likely not consensual".

It also says that Dugan herself had received unwanted sexual advances from Joel Katz, a powerful industry lawyer who represents the Grammys.

Portnow, who has not been charged with a crime, did not respond to a telephone message seeking comment Tuesday, and Katz disputed Dugan's account.

The various forms of behaviour, Dugan's complaint says, was "all made possible by the 'boys' club' mentality and approach to governance at the Academy."

In response, the academy said in a statement: "It is curious that Ms. Dugan never raised these grave allegations until a week after legal claims were made against her personally by a female employee who alleged Ms. Dugan had created a 'toxic and intolerable' work environment and engaged in 'abusive and bullying conduct'."

The academy said that investigations into Dugan's conduct and the allegations she raised were ongoing, and that she "was placed on administrative leave only after offering to step down and demanding $22 million from the Academy, which is a not-for-profit organisation."

In her complaint, Dugan called the academy's claim that she had demanded a $32 million (US$22 million) settlement "flat out false."

Dugan, 61, who took over as the chief executive of the academy in August after eight years with Red, the nonprofit co-founded by Bono of U2 that works to combat AIDS and other diseases in Africa, also says in her complaint the academy's voting procedures are rife with irregularities that seemed to steer nominations to artists affiliated with board members. 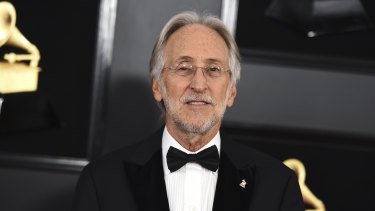 For many of its award categories, the academy convenes committees of experts, including artists, to review the nominations pool and whittle down the choices to meet the number of slots on the ballot.

According to the complaint, the nominating committee, when finalising the ballot for the 2019 award for song of the year, for example, chose as one of its eight final nominees a song that had initially ranked 18 out of 20. The artist behind that song, the complaint alleges, was allowed to sit on the committee and was also represented by a board member.

The complaint also says that the committees can add artists to the ballot who had not first been chosen by the general voting pool. For this year's awards, it says, 30 such artists were "added to the possible nomination list."

Dugan's ouster last Thursday — just 10 days before the 62nd annual Grammy ceremony on Sunday — stunned the music industry in what is usually its glitziest moment in the national media spotlight. It also threatened the academy's carefully curated message of reform.

The academy placed Dugan on administrative leave after what it said was "a formal allegation of misconduct by a senior female member of the Recording Academy team." 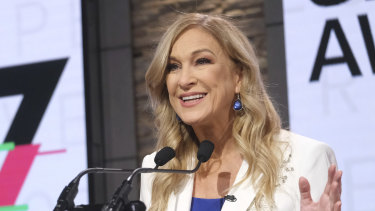 Dugan was the president of the academy for five months.Credit:Invision

That allegation, according to Dugan's complaint, was made by a former assistant to Portnow, who had remained attached to Dugan until she hired her own aide. After finding the work of this assistant unsatisfactory, Dugan offered her a new position, but she refused it and took a leave of absence, the complaint said. Eventually a lawyer for the assistant sent the academy a letter accusing Dugan of "being a bully," as Dugan's complaint puts it.

By that point, Dugan's complaint says, the academy's board had begun to strip her of some of her powers. Harvey Mason Jr., a record producer who is the board chairman, sent Dugan a letter on December 9, informing her that she was no longer permitted to terminate staff members without board approval, and could not assign any new initiatives or choose any outside counsel for the academy's legal work.

On December 22, Dugan sent a memo to the academy's top human resources officer detailing her concerns, and two days later a lawyer representing her notified the academy that she "intended to pursue legal claims," according to the complaint filed Tuesday.

In an interview with The New York Times before Dugan's complaint was filed, Mason and Christine Albert, the academy's board emeritus, said they were committed to changing the organisation but that Dugan had been moving too fast, had not taken the time to understand how the organisation functioned, and disrespected the staff by not listening to their opinions.

"What we expected was change without chaos," Albert said.

Dugan's complaint argues that the assistant's complaint was a mere pretext for dismissing Dugan after she reported problems at the academy and challenged the close business ties between the organisation and two law firms that perform the bulk of its legal work, yielding millions of dollars in fees each year.

In her complaint, Dugan said that these problems began even before she took her place at the academy.

Last May, the complaint says, after Dugan had been selected for the job and signed an employment contract, Katz invited her to a private dinner the night before a board meeting. At that dinner, as Dugan wrote in her memo to human resources, which was attached to her EEOC complaint as an exhibit, Katz ordered "an outlandishly expensive bottle of wine," commented repeatedly on her appearance, called her "baby," and invited her to travel with him on his private plane to his many homes.

She said she told him she was not interested but he attempted to kiss her anyway. "Needless to say," she wrote, "I found his behaviour disconcerting and utterly inappropriate."

At their dinner, Dugan wrote, she also pointed out to Katz that she wanted to hire an in-house lawyer to help bring its legal costs down.

The New York Times interviewed a colleague of Dugan's who said that Dugan had recounted the dinner in detail the next day and then continued to report further inappropriate behaviour by Katz after that point.

In a statement, Howard Weitzman, a lawyer for Katz, said that "Ms. Dugan's allegations of harassment" and her description of their dinner "are false and Mr. Katz categorically and emphatically denies her version of that evening".

The complaint includes a brief response to Dugan's memo from the academy's human resources officer, which says Dugan identified "serious issues that need to be investigated."

"Your conclusion that it is necessary to make these concerns known," wrote the human resources officer, Shonda Grant, "is an accurate one and one that cannot be ignored."

The EEOC has the power to investigate complaints and seek reforms or penalties if it concludes an employer has discriminated against an employee. If the commission finds no discrimination occurred or it declines to investigate, the employee can pursue her case by filing a lawsuit against the employer.