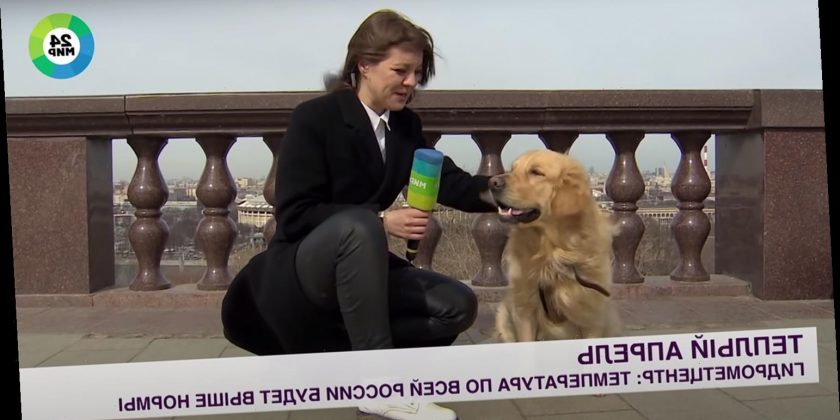 A golden retriever picked an inopportune moment to start a game of fetch.

According to Daily Paws, Russian reporter Nadezhda Serezhkina was recently in the middle of a live weather forecast on Mir TV when a cute and surprising co-anchor crashed it.

In the clip above, Serezhkina is in the midst of her live weather report, communicating with studio host Elina Dashkueva, when a furry head pops into the frame. The noggin belongs to a naughty golden retriever who somehow manages to wander into the shot unnoticed and nab Serezhkina's microphone.

The dog then runs off with the goods, while Serezhkina and her camera give chase and try to keep up. Dashkueva, meanwhile, is left shocked in the studio to continue with the live news report. Eventually, Serezhkina appears on screen once more with the microphone back in hand and a new friend by her side. While it isn't shown on camera, it appears the reporter managed to track down the thieving canine and get on their good side. Serezhkina and the golden retriever finish the reporter's segment side-by-side.

New York Daily News reports that no dogs, humans, or microphones were injured during the incident.