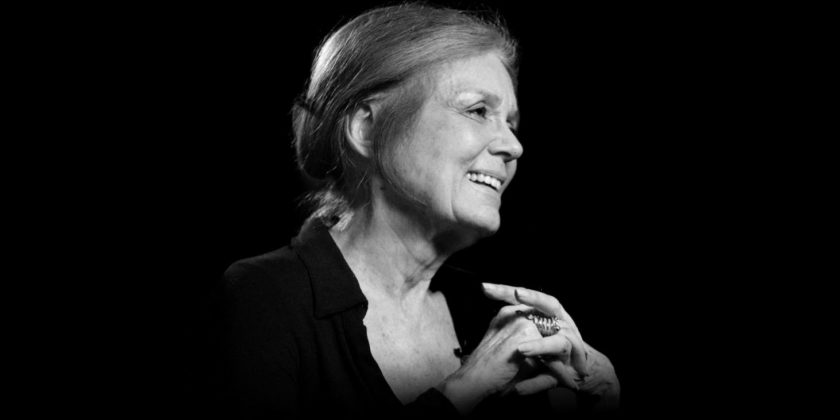 Gloria Steinem has lived long enough to see many chapters of the feminist movement – its expansion of opportunities, its failures around inclusion, its persistence in fighting to dismantle a culture of pervasive violence against women.

On Thursday Steinem turns 87 and says throughout the cycles of progress and backlash – from the era of President Donald Trump to the explosion of #MeToo to the plight of women during the pandemic and the election of the nation’s first female vice president – she has remained optimistic because of the support of like-minded others, but she continues to lament what she views as the minimization of gendered violence.

Gloria Steinem is a trailblazing feminist, journalist and social activist. She co-founded Ms. Magazine in 1972 and served as an editor there for 15 years. She was also a columnist for New York magazine, where she wrote political articles. (Photo: handout)

America bore witness to that violence last week when a gunman killed six Asian women in three separate shootings at Atlanta-area spas. Reports of domestic violence have increased during the pandemic. Meanwhile, the Violence Against Women Act has expired.

Research shows many of the perpetrators behind mass shootings have a history of violence against women.

To mark Steinem’s birthday, the Gloria Foundation is offering the public a look inside the icon’s New York City apartment, which some have called the de facto home of the feminist movement. This Women’s History Month, USA TODAY spoke with Steinem about her decades-long fight for equality and the most potent threats that remain.

Question: You have more of a historical perspective than most people. You’ve seen the pendulum swings. How would you characterize this moment in the fight for women’s equality?

Gloria Steinem: Well, I do remember when Shirley Chisholm, in 1972, declared for the presidency. That’s important, because in our minds we have to take the white-male-only sign off the White House door first, and she did that. You can see that from there we have come a long way, because there was Hillary Clinton. There have been actual practical candidates who could have become president and we would argue who should have become president. We’re not there yet. But I think we’re within one or two elections of being there.

Q: Last week in Georgia six Asian women were killed. It’s so difficult to process what seems like this never-ending violence against women. How do you process it?

Steinem: I think it’s clear to us, but unremarked upon by the media, that every single mass killing has been done by a man, by a white man. … What’s clear is that given the culture of male dominance, some men feel a right to dominate and if this is frustrated, go crazy and dominate through killing. … We have to identify the illness before we find a cure. And I think we’re distant from that.

Q: We’re in a time where there is much polarization. How do you unite women toward a common cause?

Steinem: Sometimes our model of governance … tells us that we have to have unanimity, because you don’t throw somebody out of the family. … As women, if we were planning an action, OK, we have a hundred people on that side of the room who want to do it. And we have 30 on the other side who are saying, no. We’ll try to convince the nos instead of moving forward with the majority. So (expletive) the other side. Move forward. No, but seriously. … If you create an example of forward motion and fun and positivity and so on, it probably will work better than trying to convince them.

Q: During the pandemic there was a lot of discussion around the ways in which women have stepped up to keep it together. They took care of their children and their parents. They left the workforce to be present at home or they stayed in the workforce without childcare at great cost to their wellbeing. Do you think because women continue to step up in these ways, that there is less incentive for structural change?

Steinem: I agree with you. I would only say that I think that the fact that men have been forced to be at home has also had a big impact on their understanding of what raising a child is, of what cooking dinner means, of what cleaning the house means. But having said that, within the parameters of safety and possibility, I would suggest sometimes just not doing it.

Q: What do you see as the greatest threat to the stated goals of feminism? Has that threat changed?

Steinem: The greatest threat is violence. Most violence in the world is directed toward women. That can be anything from female genital mutilation, which is horrific, to female infanticide, where girl babies are not valued, to assault on grown women. There’s no end to it.

I think one of the things we can do, in addition to fighting every individual circumstance that we can fight against, is to point out a simple truth that may make this more impressive to the world in general, which is the violence against women is the single greatest determinant of all other violence.

Violence in the home is more an indicator of whether there’ll be violence in the street or whether a whole country will go to war against another country than water, oil, land, all the things that violence is often attributed to. So the more we can trace that line, I think, the more collective help we will get. We shouldn’t need to do that. It may not be enough, but I do think it’s helpful.

Q: Do you think things are getting better for women?

Steinem: Well, it is getting better. When the governor of New York is accused of sexual harassment, I think many fewer people say, “Well, why did she dress that way?”

Q: What are we still not talking about that we need to be?

Steinem: Until Congress is half women and those women are half women of color, we probably don’t have a democracy. We’re celebrating tokens.