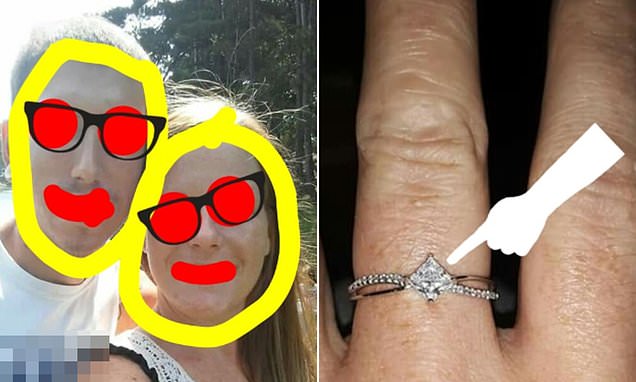 A delighted girlfriend who decided to share a picture of the promise ring she was given by her boyfriend of four years has not received the reception she had anticipated.

A picture of the anonymous couple, which was shared to the global Facebook group That’s It, I’m Ring Shaming, has since received hundreds of comments from online users, who were left perplexed by the gift.

The ring, which features a single diamond mounted on a simple silver double band,   was presented to the unknown girlfriend – believed to be from America – for her birthday, before it was uploaded to social media on September 8. 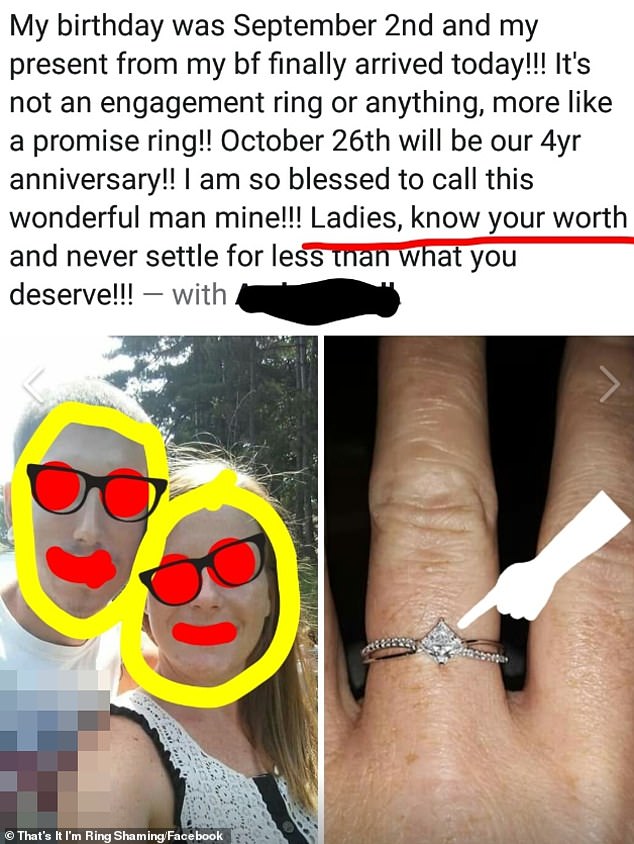 The picture was shared to the global Facebook group That’s It, I’m Ring Shaming and has since received hundreds of comments

Taking to social media, the girlfriend posted the snap along with the caption: ‘My birthday was September 2nd and my present from my boyfriend finally arrived today!

‘It’s not an engagement ring or anything, more like a promise ring! October 26th will be our 4 year anniversary!

‘I am so blessed to call this wonderful man mine! Ladies, know your worth and never settle for less than what you deserve!’.

However soon after the ring was shared in the group, users took to Facebook to voice their frustrations at the ‘small’ item.

One user wrote: ‘Girl you’re worth more than that!’

Another added: ‘With the four year anniversary with my boyfriend just around the corner and a naked left hand, I feel seriously attacked by this post.’ 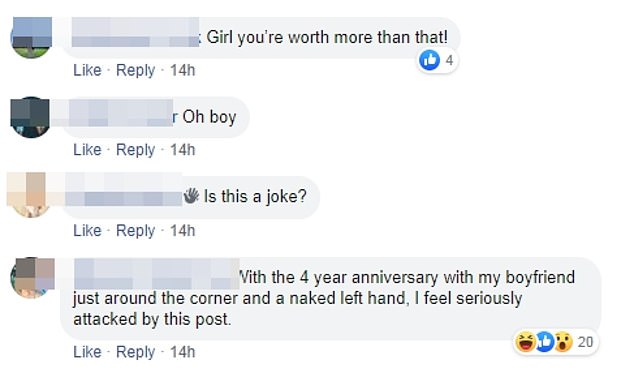 Another commented: ‘Know your worth? Dude. Four years and all you’ve got is a tiny promise that’s usually meant for love-struck teenagers.’

Elsewhere, other Facebook users were left questioning what a promise ring actually meant.

One user stated: ‘Sorry. But what is a promise ring? Is it like you promise to get engaged one day or what?’.

Meanwhile another user wrote: ‘No Birthday gift and he hits out with a “promise” ring? Promise of what?’

Elsewhere, other Facebook users looked to clarify what the meaning of a promise ring was 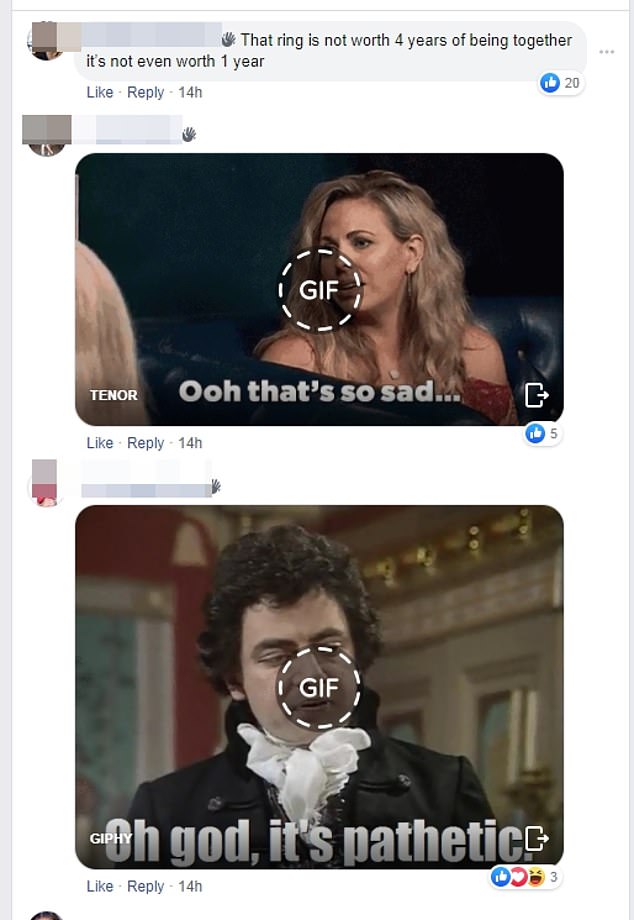 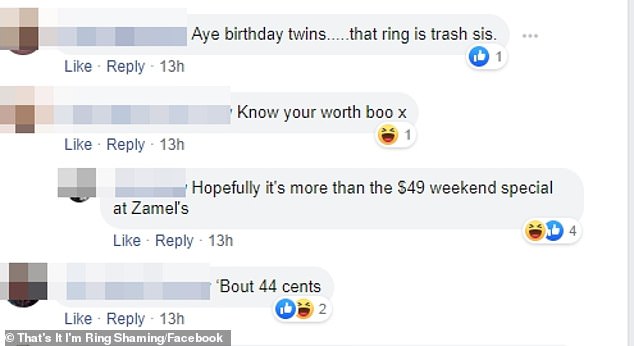