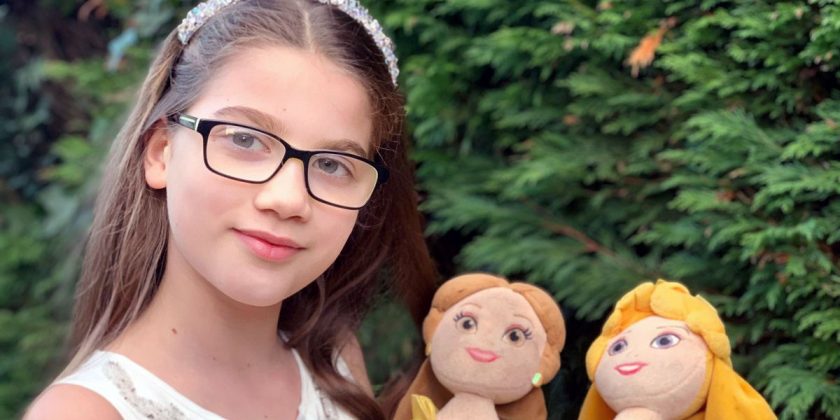 A bespectacled nine-year-old has written a heartfelt letter to Disney bosses calling for princess characters who wear glasses.

Lowri Moore – who has worn glasses since she was a one-year-old – wrote the note to Disney’s CEO, Robert Iger, earlier this month in a bid to help other children who also wear specs.

In heartfelt letter, the youngster said the lack of glasses-wearing princesses made her feel like ‘she wasn’t beautiful enough’ and that it wasn’t fair most glasses-wearing Disney characters were dubbed ‘geeks’.

The nine-year-old even revealed when she was younger she felt forced to remove her glasses while playing Disney princesses with her sisters – despite this leaving her unable to see.

With the support of parents Cyrilyn and Brad Moore, the year five pupil Lowri, from Chilwell, Nottingham, has since posted her missive to Disney and is awaiting the film giant’s reply.

Lowri said: "I wanted to write the letter to make a difference, I don’t want other girls to think the way I did.

"When I was younger, I would take my glasses off to play princesses with my sisters, even though I really can’t see without them.

"I am now old enough to know that I am beautiful with glasses, but now I feel sorry for younger girls who may know realise yet.

"My favourite Disney princess is Belle, I think she would look great with a pair on."

Her parents Cyrilyn, 40, and Brad, 44, founders of children’s charity Operation Orphan, are bursting with pride with their daughter’s idea, and say they had no input other than helping her post it.

Mum-of-four Cyrilyn added: "She is like a little advocate for her friends, I am so proud of her.

"Lowri has said in the past, she wishes she didn’t have to wear them so I wasn’t shocked by the letter.

"She is the loveliest little girl and her siblings would describe her as perfect, as she never does anything wrong.

"We have always made sure she knows she is beautiful inside and out, and that glasses make no difference to her appearance.

"She is so kind and cares about everyone which is why she hopes the letter doesn’t go unnoticed for all the other little girls."

My name is Lowri and I am nine years old. I have worn glasses since I was a baby.

I’ve grown up watching Disney princess and I’ve always admired them and thought they were beautiful. Unfortunately, none of them wear glasses and that made me feel like I wasn’t beautiful enough.

I think that by creating a princess that wears glasses and is not called a geek, it would help people to know they are beautiful no matter what.

Kids do the ‘funniest’ things