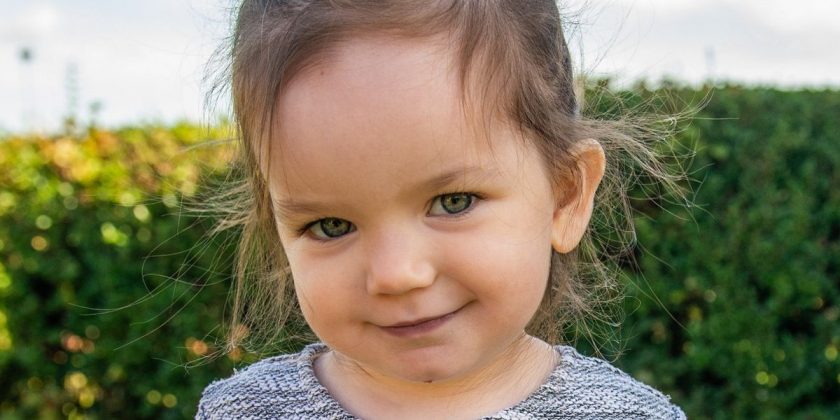 A two-year-old girl miraculously survived after doctors found a battery lodged in her throat.

Little Elsie-Rose was so close to death that her mum, Kirsty Duffy, was told to give her "one last kiss" before the tot underwent an operation to remove it.

The toddler had swallowed the dangerous penny-sized lithium battery within the last 24 hours, but her parents had no idea, only taking her to hospital because she felt unwell.

At first medics thought it could be a penny, but a further x-ray revealed a battery had become lodged in the top of her oesophagus.

Doctors at Sheffield Children's Hospital, South Yorkshire, told her mum she was in a critical condition as the electrical current was mixing with saliva to produce caustic soda, rapidly burning a hole in her throat.

Swallowed batteries can cause catastrophic internal bleeding and death within hours and Kirsty was told it needed to come out immediately.

Elsie-Rose was rushed to Leeds General Infirmary for emergency surgery.

Kirsty said: "The surgeons told me her chances of survival were like her walking across a motorway without getting hit by a car or lorry. I couldn't believe it.

"They told me to give her 'one last kiss' and although I was devastated and in shock at the time, I just did my best to be strong for her."

The surgeon who operated on Elsie-Rose, managing to remove the battery with minimal damage, told mum Kirsty her little girl was "lucky to survive something she should not have survived".

Throughout, mum-of-four Kirsty was so overcome with adrenaline that it was only when she arrived home to Barnsley, South Yorksshire, after spending five days in intensive care, that she burst into tears.

Full-time mum Kirsty said: "I can't believe I nearly lost my little girl. This could have had a very different outcome.

"I could have been arriving home without her. It doesn't bear thinking about."

Kirsty has no idea where Elsie-Rose had picked up the battery from, thinking it could be from any number of toys owned by her brothers and sisters, Bradley Bird, 12, Amelia Duffy, seven, and Alissia Duffy, six.

"She's not the type of toddler who puts items in her mouth usually so I didn't know what had happened," said Kirsty.

"It is so important that parents keep these out of reach of children."

Elsie-Rose is now on medication to heal her throat and she is expected to make a full recovery.

"There has been a rise in children across the UK being injured as a result of button battery ingestion.

"The easy to open packaging for these buttons and their use in toys means that parents and carers often aren't aware if a child has access to them.

"We recommend that any button battery is safely secured within the toy or item or kept out of reach from children.

"If you suspect a child has swallowed a button battery then you must seek immediate medical attention either at a local emergency department or paediatric hospital so that it can be removed."