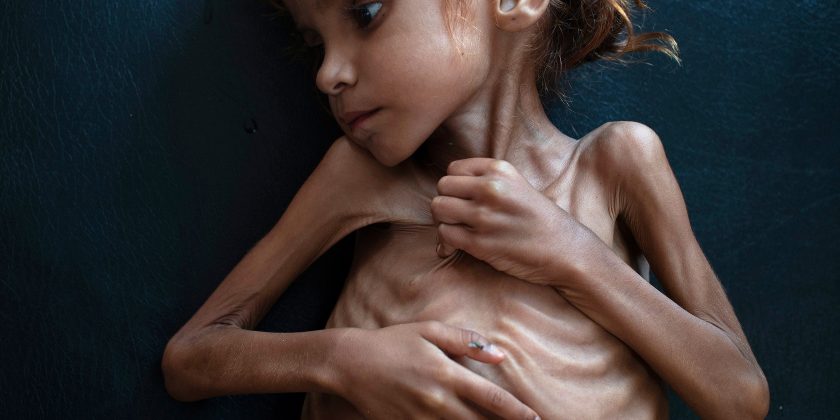 An emaciated 7-year-old girl died last Friday, just days after a photograph of her in the hospital went viral.

Last week, Amal Hussain was captured by a New York Times photographer laying in her hospital bed. As a result of the severe starvation Amal had suffered, her ribs and bones were clearly visible in the devastating shot.

The photo had a profound impact: people around the world reached out to the publication asking how they could help the 7-year-old from Yemen.

On Thursday the NYT confirmed the tragic news that Amal had died.

When Amal was photographed she being cared for by doctors, including Dr. Mekkia Mahdi, in an Aslam hospital. She required milk feedings by nurses every two hours. Unfortunately, because of the influx of patients who were also in need of care, the hospital had no choice but to discharge her, the doctor says.

RELATED: 8-Year-Old Girl Uses YouTube to Read to Children Too Sick For Visitors

“This was a displaced child who suffered from disease and displacement,” she told the NYT. “We have many more cases like her.”

Dr. Mahdi urged Amal’s family to take her to a Doctors Without Borders hospital but Mariam Ali, Amal’s mother, said they could not afford it. Mariam was also ill, recovering from dengue fever passed along from mosquitos that bred near their home’s stagnant waters, the NYT reported.

“I had no money to take her to the hospital, so I took her home,” Mariam told the NYT.

With no other options, Amal headed home — a hut made from straw and plastic sheeting — and her health quickly deteriorated. Despite living in a refugee camp that offered some nutritional relief, including sugar and rice, it was not enough to increase Amal’s health.

The little girl suffered from “frequent bouts of vomiting and diarrhea” for three days after her hospital discharge, before passing away on Oct. 26.

“My heart is broken,” her mom told the NYT. “Amal was always smiling. Now I’m worried for my other children.”