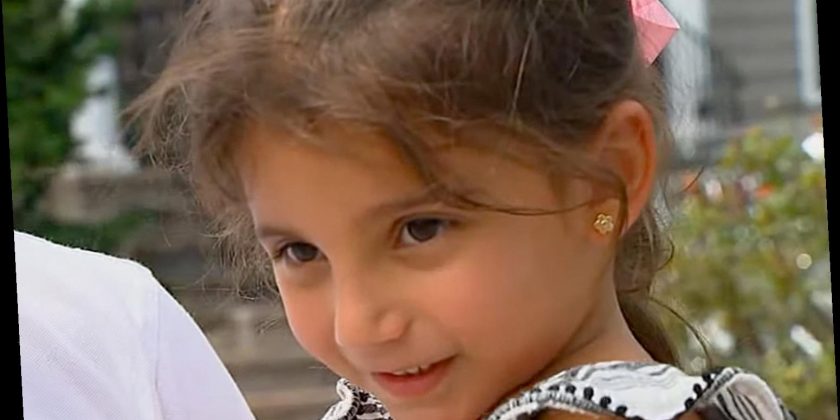 A 5-year-old girl is being praised after she came to the rescue of a swan that was trapped inside a storm drain on Long Island.

Olivia Cammarata was taking a walk with her grandmother last week when she heard an unusual noise coming from the drain, right near her Merrick home, WABC reported.

As they looked into the storm grate, Olivia and her grandma realized that a large, white swan had gotten itself trapped and was unable to escape.

The duo immediately texted Olivia's father notifying him of the animal sighting before he arrived at the scene and called Nassau County emergency services and animal control, according to the outlet.

"Daddy, daddy! There's an emergency, there's a swan in the drain!" Olivia's father recalled to WABC of the text message he received.

The first responders worked together to free the bird, with police officers lifting the drain cover while two wildlife rehabilitators used a large net to remove the swan from the drain.

Had Olivia not spotted the bird, officials said there's a good chance it wouldn't have survived the incident.

"This swan was definitely in distress, there was no way for that swan to get out on its own," wildlife rehabilitator Karenlynn Stracher told WABC.

Officers with the Nassau County Police Department (NCPD) also pointed out that the successful rescue serves as a reminder of why it's important to speak up, and praised Olivia for bringing some joy amid difficult times.

"To kids: if you see something unusual — an animal in distress, anything — tell your parents, let an adult know," NCPD officer Lashaun Carr said, according to the outlet. "And that way you can call us and we can handle the situation."

"It's just amazing with everything that's going on right now and the stress that children and their parents are under, that this little girl and a swan can just bring a smile to everybody's face for a little while," added NCPD Officer David Tait. "It's a good feeling."

As for little Olivia, who named the swan Peanut and wants to be a veterinarian when she grows up, she told WABC she was proud of her heroic actions.

"I feel good," the 5-year-old said after the rescue.