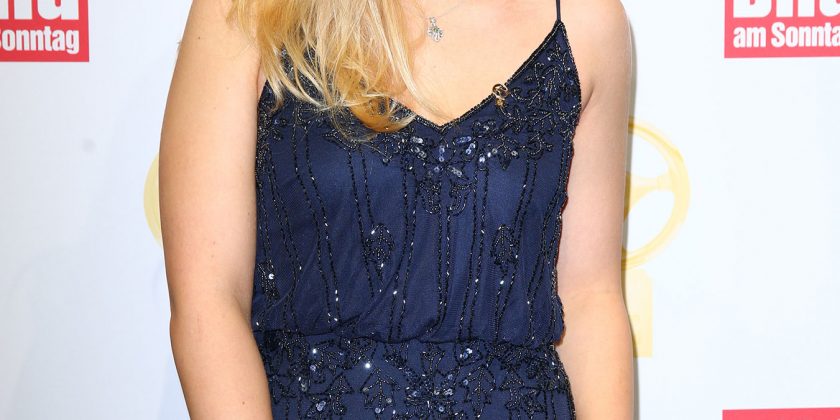 A German teenager is in the hospital after surviving an ugly race car crash.

In footage on Good Morning America, Sophia Floersch sped backward sin her racecar and brutally crashed into a media area at a competition on Sunday. The driver, 17, was racing at 171 mph in the Formula 3 Macau Grand Prix in Macao, China, CBS News reported.

Floersch was conscious after the crash, according to GMA. Van Amersfoort Racing tweeted a picture of Floersch’s medical report, which said she has a spinal fracture.

“Just wanted to let everybody know that I am fine but will be going into Surgery tomorow [sic] morning,” Floersch tweeted on Sunday. “Thanks to the @fia and @hwaag_official @MercedesAMGF1 who are taking great care of me.”

“Thanks to everybody for the Supporting [sic] messages,” she added. “Update soon.”

Five people in total were hurt. “The driver of car #31 Sho Tsuboi (JPN), as well as two members of the media and one marshal, were also transferred to a local hospital in a conscious state for further evaluation,” the racing organization FIA said in a Facebook statement.

“Today was a very difficult day for our team at the #MacauGP,” Van Amersfoort Racing posted. “The whole world saw what happened and we can only thank God that @SophiaFloersch escaped with relatively light injuries.”

“Our thoughts go also to the other people involved and we wish them a speedy recovery,” the tweet continued.

“After the serious incident today in #Macau, the @FIA is mobilized to help those involved and analyze what happened,” Jean Todt, FIA’s president, tweeted. “We will monitor the situation and make the necessary conclusions. All my thoughts are with you @SophiaFloersch & the others injured. I wish you all a safe recovery.”

An analysis by MotorSport.com concluded that the incident began when Floersch hit driver Jehan Daruvala’s racecar.

Fellow driver Guan Yu Zhou said, according to the website, “Sophia was really close to Jehan, so when Jehan braked early she had no time to react. She hit Jehan’s right-rear, and that spun her around straight into Lisboa, and she flew into the other car.”