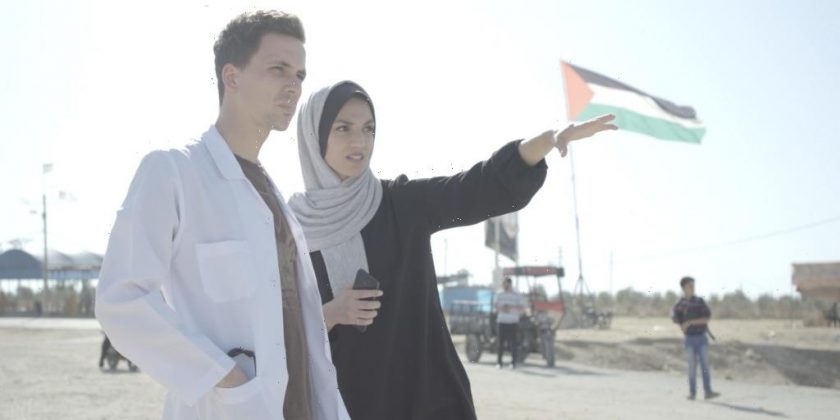 Hard-hitting documentaries centering on some of the world’s most critical geopolitical flashpoints have proved hot sellers for Java Films.

The Paris and London-based distributor closed a number of deals this week at the Unifrance Rendez-Vous TV market in Biarritz for provocative works that examine life in the Israeli-occupied Palestinian city of Gaza, the causes of the Ukraine war, and rising tensions between the U.S. and China over the vital supply of semiconductors.

Chiara Avesani and Matteo Delbò’s “Erasmus in Gaza” follows Riccardo, an Italian final-year medical student who wants to be a trauma surgeon and travels to war-torn Gaza on an Erasmus exchange program in order to receive battlefield training and write his thesis on explosive bullet wounds. The young medic is not prepared for the brutality of war, however.

Rebecca Nicholls, Java’s London-based sales and acquisitions manager, described it as a “a poignant coming-of-age story. … We see the situation in Gaza through his personal struggle, making it relatable for a much wider audience.”

“Erasmus in Gaza” won this year’s Golden Nymph for best documentary at this year’s Monte-Carlo Television Festival and this week it was shortlisted for the upcoming Prix Europa in the TV documentary category.

It previously sold to Al Jazeera for its documentary channel and to Italian pay TV channel LaF.

In Talweg Production’s “Ukraine: The Road to War,” award-winning director Anne Poiret examines the widely overlooked roots of the conflict that began in 2014 and continued to rage in Ukraine’s eastern Donbas region for eight years, costing more than 14,000 lives, before Russia’s invaded the country.

Australia’s ABC picked up the film for its “Four Corners” investigative journalism and current affairs program. It also sold to VRT in Belgium and Swiss pubcaster RTS, with further deals expected from five other territories.

Java presented a rough cut of “Ukraine: The Road to War” in Biarritz. The finished film will air on French pubcaster France 5 on Oct. 17.

The distrib likewise screened 25 minutes of Nicolas Vescovacci’s “Chip War,” which examines the growing tensions between the U.S. and China over the shortage of semiconductors, seen as the backbone of the modern economy, and Taiwan’s vital in the chip industry.

Commissioned by Franco-German pubcaster Arte from production shingle Babel Doc, the film pre-sold this week to Belgian broadcasters RTBF and VRT as well as to RTS in Switzerland, with expected deals in three other territories.

“The battle for semiconductors and microprocessors is already affecting our daily lives, shutting down factories and driving inflation,” Nicholls noted. “Still, not many people realize just how fragile the supply chain is, with 63% of all chips currently produced in Taiwan.”