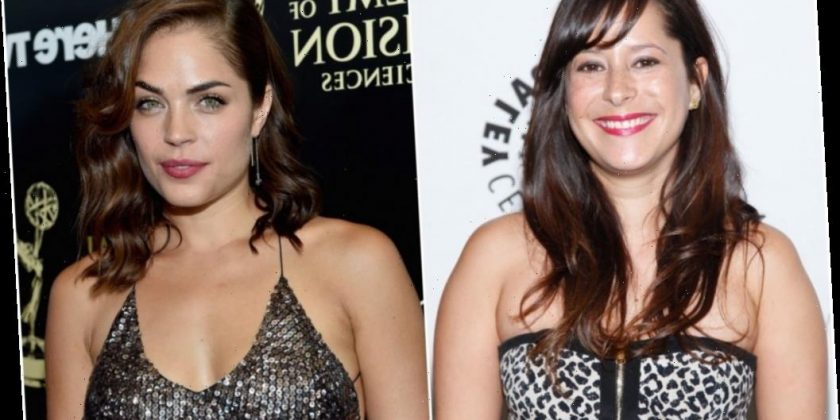 Kelly Thiebaud recently returned to General Hospital as her iconic character, Britt Westbourne. Right away, it seems obvious Britt would be bringing some drama to the show, and fans are anticipating what her future moves would be.

Another person who has something to say about Britt’s return is Kimberly McCullough, who is known for playing Robin Scorpio on the show. In fact, McCullough’s comment about Britt’s recent appearance is a hilarious one.

Kimberly McCullough played Robin Scorpio for many years before retiring

McCullough joined the cast of General Hospital in 1985 when she was 7 years old. Over the years, her character, Robin, has become well-known on the show. One of Robin’s most memorable story lines is her HIV-positive diagnosis in the 1990s. Afterwards, she became a doctor, and General Hospital has been praised for portraying Robin as an HIV-positive character who can thrive and live a full life.

In the past few years, McCullough has appeared on the show in an on-and-off fashion. However, in early 2020, she revealed that she had retired from acting. These days, McCullough works more behind the scenes as a director. She has directed shows such as Pretty Little Liars, Fuller House, High School Musical: The Musical: The Series.

Kelly Thiebaud recently returned to ‘General Hospital’ after a break

What are you waiting for? That thing you’ve always wanted to do. New haircut🙋🏻‍♀️ move to that city you’ve been talking about. Change job(hard to do now but ya know) end that bad relationship. Learn a new skill. Start a new hobby. Call that friend or family member you haven’t spoken to in a while. Life is too short and fragile to keep putting your desires and dream on hold. The time is now.

Thiebaud joined the cast of General Hospital in 2012 as Britt, the daughter of two villainous characters—Liesl Obrecht and Cesar Faison. Because of her parents, Britt naturally has an evil side to her, giving her the nickname “Britch.”

In 2014, Thiebaud’s character became a recurring role on the show and Thiebaud had more time to work on other acting projects. Thiebaud was last seen on the show in the spring of 2020, when Britt told the other characters she would be taking a job at a hospital in Boston.

Then, in September, she returned to Port Charles and announced that she had been appointed the new chief of staff at the hospital, to the dismay of everyone else.

Kimberly McCullough has a hilarious response to Kelly Thiebaud’s return

After Britt stunned viewers by showing up as the new chief of staff, McCullough took to Twitter to share a hilarious reaction to Thiebaud’s return.

“What up, Britt? You stole my hairdo and my job,” McCullough wrote, referencing Thiebaud’s new hairstyle with bangs and the fact that Robin used to be the chief of staff herself.

As for whether we will see McCullough and Thiebaud come face-to-face on the show again, McCullough has not ruled out an appearance on General Hospital in the future.

Speaking to Soaps In Depth in April 2020, she said, “I don’t think it’s the last [you’ll see] of me. But you know, I also don’t look like an actor anymore. I’ve gained weight and I’m fine with that… I’m focused on my brain. I’m focused on being a mother, and on growing in other ways. And honestly, I just don’t have the time to do that right now.”

However, we might also see McCullough as a director on General Hospital as well. In 2017, she revealed she “would do it if I was asked.”