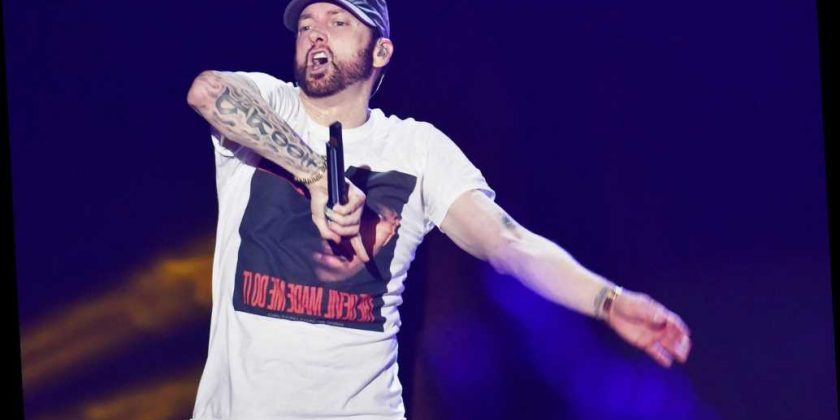 Sneaker site StockX valued at $2.8 billion in new funding round

An attempt by Generation Z haters to cancel Eminem over controversial lyrics has been shot down by millennials, who feel the youngsters were talking out of school. Videos defending Slim Shady — whose real name is Marshall Mathers — are currently taking social media by storm.

The controversy kicked off in February when a “zoomer” (or Gen Z member) posted a TikTok clip condemning the rapper’s 2010 hit “Love the Way You Lie,” featuring Rihanna, for reportedly glorifying violence against women. They highlighted the verse “If she ever tries to f – – king leave again I’ma tie her to the bed and set this house on fire.”

The hater’s on-camera diss caused 30somethings to — in the words of an Eminem song title — “just lose it,” as many of them grew up on the 48-year-old Detroit native’s tunes.

In the most viral clip, with 5.6 million views, an Eminem die-hard defends the “Real Slim Shady” singer in a rap beautifully set to the “Forgot About Dre” beat.

“Listen, little kiddies, lemme make this quite clear: This man was around before you were here,” she spits, adding that modern rappers mumble “gibberish.”

The number ends with this lyrical coup de grâce: “One day you’ll grow up and see how everyone went and forgot about Z.”

Another inspired TikTok sketch depicts an Eminem-loving millennial having a mock argument with himself as a Gen Zer, who says, “We gotta cancel Eminem.” The millennial responds, “Why?” and is then asked by his offended younger doppelgänger, “Have you heard his lyrics?”

The creator, back to playing his millennial Fireball-drinking self, responds: “Heard ’em? I was raised screaming them all through grade school.”

‘Listen, little kiddies, lemme make this quite clear: This man was around before you were here.’

Undaunted, the zoomer says the lyrics are “full of hate,” to which the millennial claps back, “So is my angsty little teenage soul, but look at me now. I turned out fine.”

Other Slim Shady stalwarts pointed out that “Love the Way You Lie” is tame compared to some of the Grammy winner’s older hits, such as “Superman” and “Guilty Conscience” — the latter depicting a man murdering his cheating wife and her lover.

In addition, Rihanna has said herself that the “Stan” rapper’s aforementioned verse was actually a condemnation — and not a celebration — of domestic abuse.

For now, it appears Eminem is safe from the social media guillotine. Especially since, as one Twitter user noted, “more powerful people” have tried and failed to cancel the hip-hop icon, including two US presidents. They were likely referencing former commanders-in-chief George Bush and Donald Trump, both of whom the rapper has skewered in song.

Mathers has yet to weigh in on the intergenerational rap battle.