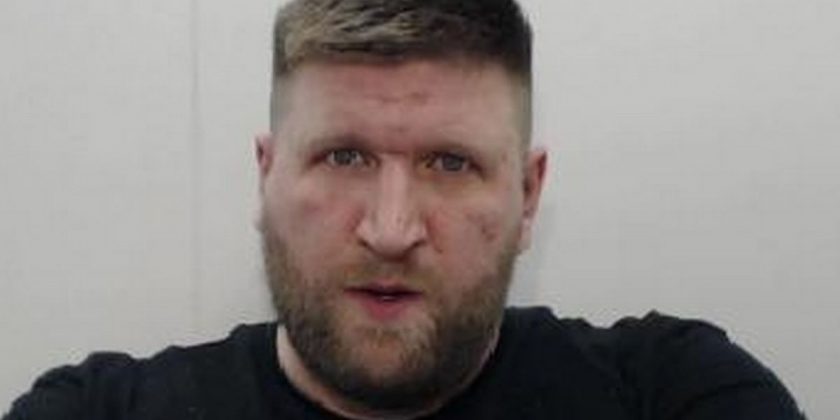 The leader of a drug gang shouted in court "you’ve f****** ruined my life" as he was jailed for possessing a gun and £3million worth of cocaine.

Sam O’Neill, 35, was sent to prison alongside his wife and four other accomplices.

The group also plotted to produce £3million of amphetamine with the help of a Hungarian chemist.

Jennifer O’Neill was also jailed alongside her husband, with whom she has five children.

They made a number of trips around the UK, including Lancashire, Merseyside, West Yorkshire, the North East and Chipping Norton, Oxfordshire, where cocaine and heroin was dropped off or collected.

The court heard the gang was in the process of finding a factory where they could produce amphetamine.

A Hungarian chemist was hired and brought to Manchester to act as a consultant to help them set up the scheme, and they had purchased chemicals and equipment which were being stored at a lock up in the Denton area of the city ready for use.

After arriving, the chemist was given a new mobile phone to use and was taken to watch Manchester United play Newcastle United at St James’ Park by O’Regan.

Members of the gang also used encrypted phones to try and stay off the authorities’ radar.

O’Regan, who police said was the head of the gang, and had spent time in Spain before returning to Salford, was stopped by police on the M62 travelling to Liverpool and arrested.

In his black VW Passat was a silver revolver and eight rounds of ammunition. Following his arrest, police said Higginson took the reigns.

Days later, police followed Sam O’Neill from his house to Caesar’s Bar and Cafe, on Market Street in Hyde.

Sam O’Neill, described in court as a "jolly big man", had originally set the business up legitimately, but it had closed and was now being used by the gang to store drugs.

The following month, police watched on as Sam O’Neill, accompanied by his wife and one of their children in a car park outside a Salford casino, passed on a shoe box with a pink lid to Darren Gill.

On March 8, police stopped Sam O’Neill on the M6 after he had travelled to Slough.

There he had picked up 30 kilograms of high purity cocaine, worth about £2.4million.

Police later searched the lock up in Denton, recovering chemicals which could have produced 115kg of amphetamine, with a potential value of £3million.

Heroin valued at £50,000 was also recovered from Ceasars in Hyde.

More cocaine was also found which resulted in a total amount of the class A drug seized of about £3million.

Officers searched the O’Neill family home in Hattersley, where they recovered a large quantity of expensive jewellery, designer clothing, shoes and a handbag.

They also discovered a kilogram block of cocaine in the front passenger foot-well of Jennifer O’Neill’s Nissan Qashqai.

Mrs O’Neill told police she didn’t know anything about the cocaine, and that she wasn’t involved in the drugs conspiracies.

But she was found guilty after a trial, and remanded in custody just before Christmas ahead of Thursday’s sentencing hearing.

Her husband was already in custody having pleaded guilty before the trial.

Defending Sam O’Neill, Rachel Shenton said that the defendant feels he is "wholly responsible for his wife’s position" and feels "extremely guilty".

Ms Shenton said his wife’s mother is now looking after their children.

She said that O’Neill, who has previously worked as a bouncer, has had a significant drug problem, and that opening Caesar’s bar was a genuine attempt to start a legitimate business. Higginson had only been out of prison for about a year after serving about 15 years for murder.

He and his co-defendant, Stuart Grainger, the brother of Anthony Grainger who was shot dead in 2012 by police who believed he was planning an armed robbery, were jailed for life after gunning down a young dad in front of his partner.

Defending Jennifer O’Neill, who wept during the hearing, Rob Kearney described her as a "wonderful mother and daughter".

"There will be five children who will be deprived of their mother and father for quite some considerable time," he said.

Higginson, of Kirkby, Merseyside, and Warde, of Heywood, Greater Manchester, were both found guilty of conspiracy to supply cocaine and conspiracy to produce amphetamine.

Jennifer O’Neill, of Hattersley, was found guilty of conspiracy to supply cocaine.

After the hearing, Detective Inspector Lee Griffin, of Greater Manchester Police’s Serious and Organised Crime Group, said: "During this operation we monitored the group closely as they conducted their illicit activities across the country, enabling us to gather evidence through surveillance and unravel the conspiracy.

"It is thanks to the hard work of all the officers in this case that a group of career criminals have been stopped from deluging our streets with such a huge amount of drugs. We have also managed to disrupt an even larger quantity of drugs from being produced and ultimately being distributed nationwide.

"Drugs wreck lives, destroy relationships and blight our communities. Those who are responsible for supplying illegal drugs to vulnerable people deserve no place in our society, and our community is a safer place with them behind bars.

"I hope this sentencing sends a clear message that we will relentlessly pursue those persons who supply harmful drugs and we will go to great lengths to bring them to justice."